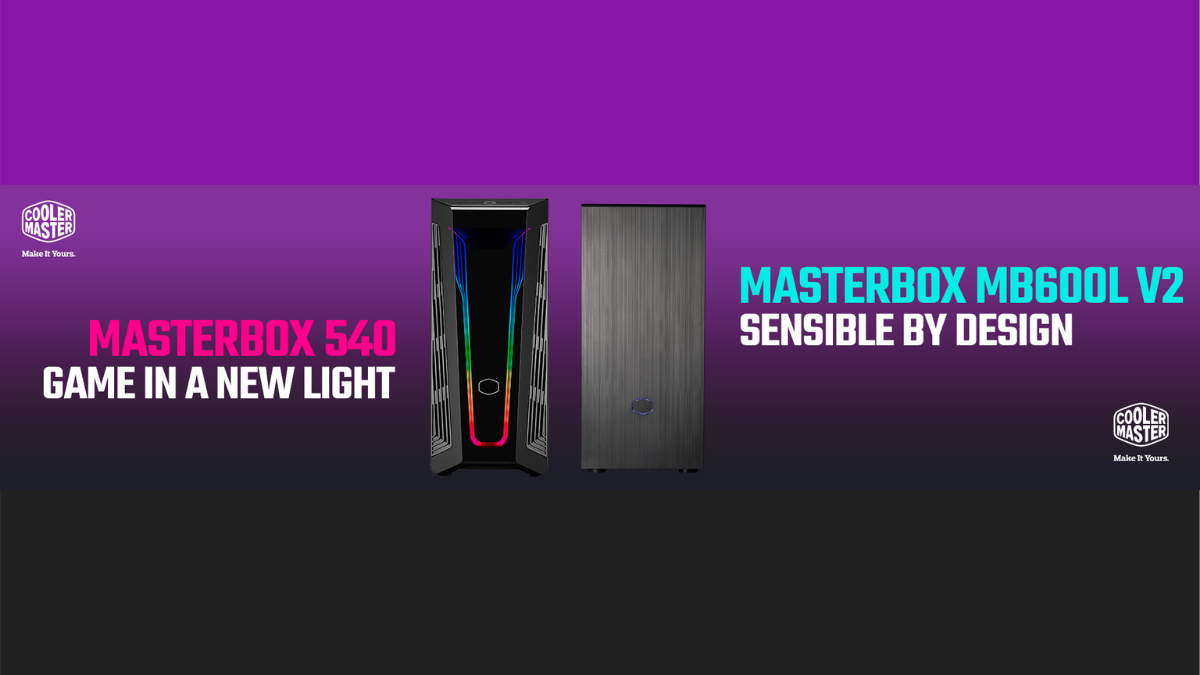 Nearly a decade of evolution is found within the MasterBox series DNA. From the first MasterBox 5 up to today’s launches, new technologies are continually integrated in current models. Embedded tech spans airflow optimization and aesthetic augments alike; with the MasterBox 540 and MasterBox MB600L V2, each new model provides an accumulation of innovation alongside a duality in aesthetic preference.

A vivid, iridescent design spans the entire front panel of the MasterBox 540. Customizable ARGB strips radiate behind the transparent façade for a stunning display of light. The ARGB strips can be set to match the color scheme of the system inside with an included controller, and will also sync to the motherboard for a limitless potential for customization.

A zero-compromise body allows the entire top panel to be removed, making it easier to route large radiators, install fans, and offer better overall access to the build. From aesthetics to component compatibility, the MasterBox 540 amazes in both its appearance and its potential.

Each element of the MasterBox MB600L was created from an elegant palette. With a brushed finish, subtle hue, and the minimalistic Cooler Master hexagon, this ATX PC case decorates the gaming setup and workspace while also being able to house the latest hardware.

High style embellishes high upgradeability with front, top, and rear ventilation, offering additional mounting options for upgrading cooling components in the future. If an optional RGB or ARGB fan is installed behind the front panel, the Cooler Master hexagon will also be illuminated on the front panel. A total of 6 fans can be mounted simultaneously, ensuring that even the most demanding builds can stay cool under heavy use.

Variations of the MasterBox MB600L V2 are available with either a tempered glass side panel or steel side panel with ODD support.

In this article:Casing, Cooler Master

Cooler Master has grown and developed into a multi-faceted technology company driven by innovation, agility, and passion. With a collective eye on the future...

Cooler Master unveils the HAF 500, the latest iteration of the new HAF series with superior airflow performance. The new HAF 500 chassis will...