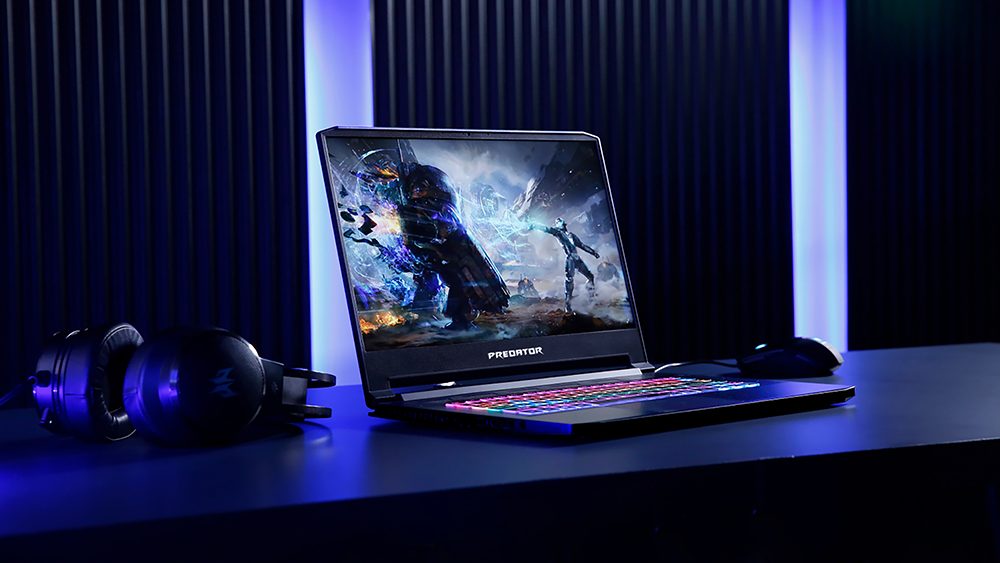 Announced back in April, our guess was only the Nitro 5, but the Predator Triton 500 came as a surprise to us. We thought the Triton 500 would only be revealed on the 15th of June, according to their Facebook posting.

Powered by the 10th gen Intel Core processor, the new Predator Triton 500 also has up to Nvidia GeForce RTX 2070 SUPER or 2080 SUPER GPUs. These implement the Max-Q design, and it is backed with 7.5 hours of battery life. For its display, it has a 15.6-inch IPS display with a 300Hz refresh rate and 3ms overdrive response time. It also covers 100% of the sRGB colour gamut, while supporting the Nvidia G-Sync technology.

Connectivity wise, the Predator Triton 500 is packed with a Killer Wi-Fi AX1650i wireless controller, E3100G ethernet controller, and the Control Center 2.0 to further improve network connections. Apart from that, it is also paired with up to 32GB of DDR4 RAM and up to 2TB of NVMe SSD storage in the RAID0 configuration.

To increase additional airflow and at the same time reduce noise, Acer fitted the Predator Triton 500 with its Vortex Flow technology and CoolBoost technology. To monitor the PC’s overall performance, gamers can do that with the PredatorSense UI. To keep the laptop cool at all times, there is now the 4th generation AeroBlade 3D fan built right in. That gives it up to 45% increase in airflow, and the five heat pipes in use adds 33% improved thermal performance from its 2019 predecessor.

The Acer Nitro 5 comes with up to a 10th Gen Intel® Core™ i7 processor that delivers 5GHz of power, along with graphics options of a GeForce RTX 2060 or the latest GeForce GTX 1650Ti or 1650 GPUs. Storage wise, it has up to two M.2 PCle SSDs and a 1 TB HDD1 for storage. In terms of RAM, it is equipped with up to 32 GB of DD4R4 RAM in two user-upgradable DIMM slots.

The Acer Nitro 5 comes with a dual-fan cooling system to achieve an overall 25% improvement in thermal performance over its 2019 model. This is then made even better with the CoolBoost™ technology that is capable of increasing the fan speed by 10% and CPU/GPU cooling by 9%. On top of that, there is also the inclusion of the Intel Wi-Fi 6 AX201 (802.11ax) and Killer Ethernet E2600 networking modules.

The Acer Predator Triton 500 will be priced from RM7,999 and it will available with a promotion on the Acer eStore and Lazada exclusively starting from the 15th June 2020.

I guess this was what the 15th June announcement is about. It will be available from Predator authorized resellers nationwide starting from 20th June 2020.

As for the Acer Nitro 5, the variants will be priced as below. They are now already available at all Acer official online stores and all Acer authorized resellers nationwide.

To celebrate the arrival of the Predator Triton 500 and Nitro 5 gaming laptops in Malaysia, Acer will be having a special sale on the Acer eStore and Lazada from the 15th to 19th of June 2020. There are free gifts worth up to more than RM2,700, which include:

In this article:Acer, Gaming, laptop