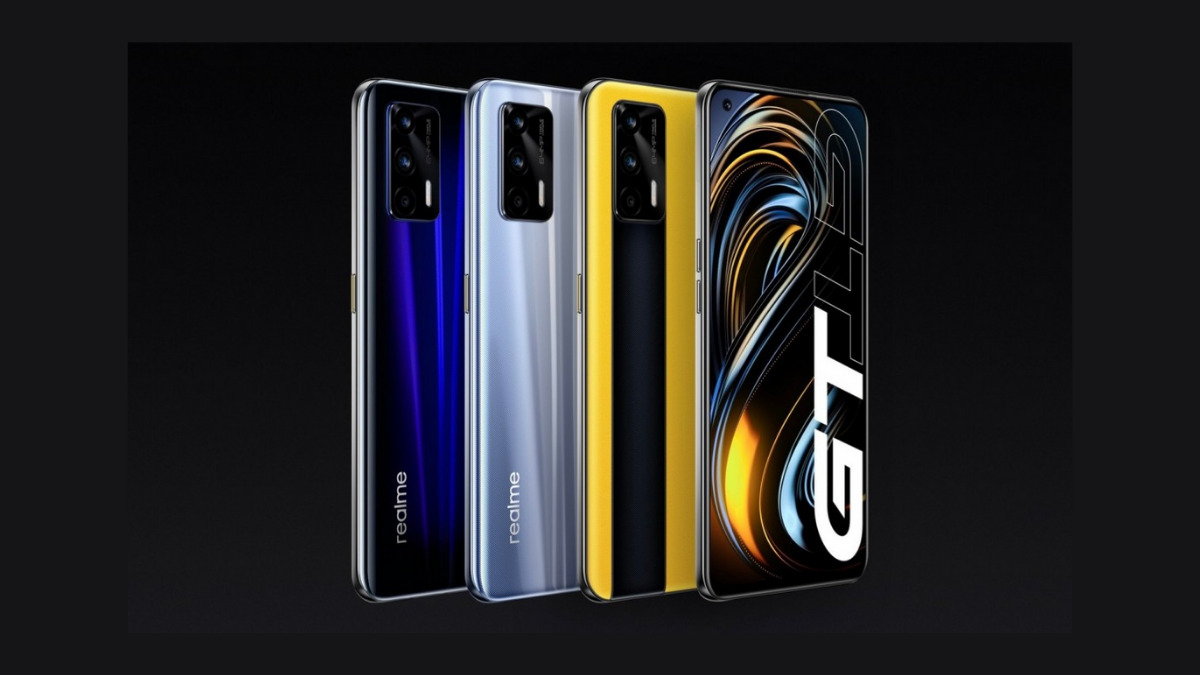 The realme GT’s design is based on the core concept of grand tourers (GT) sports cars which were made for high speed, long-distance driving combined with exceptional performance and luxury features. Embodying this concept, the flagship GT phone series offers a glass covered design with a 3D light reflecting pattern on the back plus a vegan-leather covered version with a repeated acceleration symbol along the length of the phone, conveying the fast breakthrough spirit of racing cars.

The glass version comes in two colors – Dashing Silver and Dashing Blue – and is adorned with a series of shooting arrow patterns on the back of the phone, symbolizing speed and dynamism. Meanwhile, the vegan leather edition is available in Racing Yellow, a rare color for a mobile phone design, which aims to pay tribute to young consumers who are constantly challenging and recreating themselves. It adopts the industry’s first dual-tone leather design, which not only provides a unique, deluxe look but also practical benefits such as fingerprint resistance, anti-odor and anti-crack features.

The realme GT is equipped with the Qualcomm Snapdragon 888, the most sophisticated chip possible that has a new super-efficient LPDDR5 RAM and the fastest UFS 3.1 storage. Together with a stronger and larger Cortex-X1 core and three new-generation high-performing A78 cores, the phone’s CPU performance has increased by 20% and power consumption reduced by 50% compared with the previous generation.

In addition, despite an ultra-thin body weighing less than 186g, the realme GT is equipped with a large 4,500 mAh battery and 65W SuperDart charging support, allowing the phone to be fully charged in just 35 minutes.

realme GT is now available for purchase in selective countries, including Poland, Spain, Russia and Thailand with additional markets to follow. The new realme GT with 12GB RAM and 256GB storage will be available in three colors: Dashing Silver, Dashing Blue and Racing Yellow for EUR 599 at realme official online as well as other authorized distribution channels. realme GT 8GB+128GB variant will be on sale for just 369 euros only on AliExpress. The realme GT will also offer early-bird discounts of EUR 499 for the 12GB + 256GB version to all consumers during Amazon Prime Day from 21 June.

No word yet on a Malaysian launch, but we’ll find out soon enough from realme Malaysia so stay tuned to The AXO.