AMD just launched the Ryzen 7000 Series Desktop Processors, powered by the “Zen 4” architecture to drive breathtaking performance for gamers. It is confirmed that the processors will be available beginning September 27.

The Ryzen 7000 Series desktop processors have up to 16 cores and 32 threads and can deliver a double-digit IPC increase over “Zen 3,” and are the first high-performance x86 5nm CPUs, delivering not only up to 15% faster gaming performance than the competition, but does so with unmatched efficiency.

More Than Just The Ryzen 7000 To Look Out For

AMD also announced the AM5 desktop platform, with cutting edge connectivity features that include a dual-channel DDR5 memory, up to 24 PCIe 5.0 lanes, and more. The AM5 socket will be available with four chipsets, X670 Extreme, X670 – both available in September – and B650E and B650, available in October.

You can get more information AMD Ryzen 7000 Series Desktop processors here. Let us know what you think about this new processor! 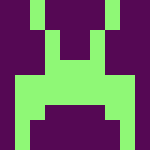