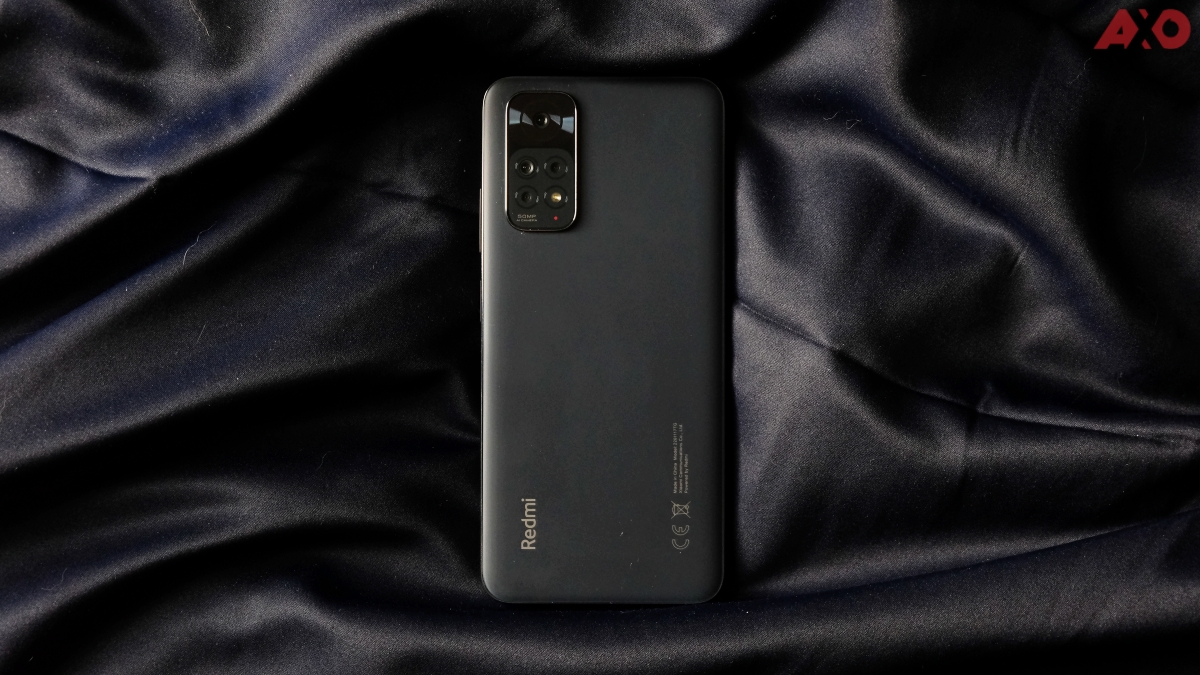 The Redmi Note 11 has just been launched and it offers quite the specs for the price point it’s introduced at. On paper, it seems like the Redmi Note 11 would be the hands down winner in the entry level segment. We’re here to find out if it actually does, or would you be better off spending more (or less) for a better smartphone. But first, specifications.

The table below shows you a direct comparison of the Redmi Note 11 against its other siblings in the same family. The variant we got is the Redmi Note 11 with 4GB of RAM and 64GB of storage, so this review will be based on that variant only. Any performance talked about in this review, do expect a slight bump of power when it comes to the higher RAM and storage variants (6GB + 128GB).

The Redmi Note 11 has a very vanilla design to it. Nothing from it stands out, as it’s a traditional candy bar smartphone with everything being in place where you’d expect it to be. There are no buttons on the left, while the power button with fingerprint sensor, and the volume buttons are on the right. These buttons are also placed well within reach so your hands don’t move too much just to press them. You have the dual speaker grilles on the top and bottom, with the 3.5mm audio jack on the top, while the USB Type-C port for data and charging can be found at the bottom.

The frame and back panel of the phone are made from polycarbonate, which gives it a metal and frosted glass finish (not actual). Good news to those who hate their phones picking up fingerprints, as the Redmi Note 11 is not one of those phones. Protection wise, the display is protected by Corning Gorilla Glass 3, and it has an IP53 rating to shield it from light splashing.

When it comes to the display, this is one of the areas that got improved from the older Redmi Note 10. It now has a 6.43-inch AMOLED panel with a FHD+ resolution that can push out 700 nits of brightness with the peak maxing out at 1,000 nits. That is really bright, and the vivid colours on the display were presented really well even under harsh direct sunlight.

The refresh rate has also been bumped up slightly from 60Hz to 90Hz, and it now has a 180Hz touch sampling rate for faster touchscreen response. The upgrade in refresh rate does make navigation appear smoother, but there are times when the phone does struggle to keep up. But, more on that later.

When user experience is of concern, I’d say the Redmi Note 11 is a really thin, light, and comfortable phone to use. It feels just nice in the hands, and the side frames give it a good grip so it doesn’t slip from time to time. As mentioned before, the back doesn’t pick up fingerprints as easily, which is a major plus for me. The camera bump is also on the thin side, so I don’t experience too much wobbling or sliding when I’m using the phone on a flat surface.

The phone’s design has a more narrow, taller aspect ratio, which is good because it shows more on the screen and there’s less for me to scroll. You must then be thinking, “wouldn’t it be hard to reach the top?” You would be right, as I had this concern too. But, MIUI13 included several gestures like swipe down for notification bar to reduce shifting your hands to reach the top.

Now, let’s take a look at performance. It runs on a Qualcomm Snapdragon 680 processor with an Adreno 610 GPU. To keep costs low, Xiaomi went with the older LPDDR4x RAM and UFS 2.2 storage, which is a little slower than modern standards. And at times, because of that, it does show when I experience a few (albeit rare) hiccups and lags. That being said, the occurrence is rare and day-to-day performance is still smooth for the most part. Scores on benchmarks aren’t too high compared to its more powerful siblings, but it does a decent enough performance nonetheless.

In terms of connectivity, you won’t be getting the latest connectivity options in the market, but it’s good enough to stay connected. There is no 5G connectivity, but by the time Malaysia does have 5G rolled out, you probably would have already upgrade to another future phone. Wi-Fi and Bluetooth have also been kept at the 5’s to keep costs low. These aren’t too big of a concern, especially when the phone is priced at such a low price point. What it lacks, it makes up for it in other areas. E.g. better screen, and better battery life.

Here are the benchmarks we ran on the Redmi Note 11:

Being the smallest sibling in the Redmi Note 11 family, the Redmi Note 11 obviously has the lowest camera spec of them all. The rest of the family has a 108MP main shooter, but the Redmi Note 11 only got a 50MP main shooter. That sentence may have sounded bad, but I think the 50MP has already got what it takes to capture decent photos and videos for everyday use. Its main shooter is accompanied with an 8MP ultrawide angle camera, a 2MP macro sensor, and a 2MP depth sensor for bokeh management. These sensors are all encased in a small and thin camera bump on the rear of the phone.

During the day, the main shooter and ultrawide angle lens take really clean, clear shots. But once the sun sets, that’s where images and videos tend to look softer, noisier, and less colourful. The macro didn’t perform as well too because of its low resolution and lack of detail, but the 13MP front selfie sensor does take decent selfies. Don’t expect too much out of the Redmi Note 11’s camera arrays, but in the hands of the right person, any photo can be turned professional (looking).

Here are the camera samples taken with the Redmi Note 11:

Having a dual stereo speaker system, the Redmi Note 11 delivers powerful sound at loud volumes, but with a bit of distortion though. The high notes are bright and clean, but bass is almost non-existent due to the phone being so thin. It does provide that stereo effect when you’re watching content in landscape mode, and it does its job of providing audio, that’s it.

In terms of battery life, the 5,000mAh battery on the Redmi Note 11 is one of my favourite feature of the phone. It got me through a day and a half on almost hardcore use, as I was almost constantly on my phone, checking messages, scrolling on social media, watching TikToks, replying emails, and gaming as well. This includes the phone’s display refresh rate set to 90Hz, with all sounds and vibrations turned on. Dropping the refresh rate to 60Hz, it can go for two full days of use.

In the box, you get the 33W charging adapter to bring the phone back to life from zero to 100% in just an hour and 15 minutes. That’s not too bad, considering an hour’s worth of charging for up to two days of use.

Despite being the youngest in the family, the Redmi Note 11 is still ambitious for the price it’s offered at. It covers all the basics of what an entry-level smartphone should have, and outdoes itself in some aspects like screen and battery life. The best I can describe it is that it is an everyday marathoner, while still keeping that classic low-profile look.

If you want something a little more powerful, you can check out the Redmi Note 11S, or the Redmi Note 11 Pro and 5G variant if you want the best out of the family. Do keep in mind that the jump in performance also involves a monetary increase of up to RM400.