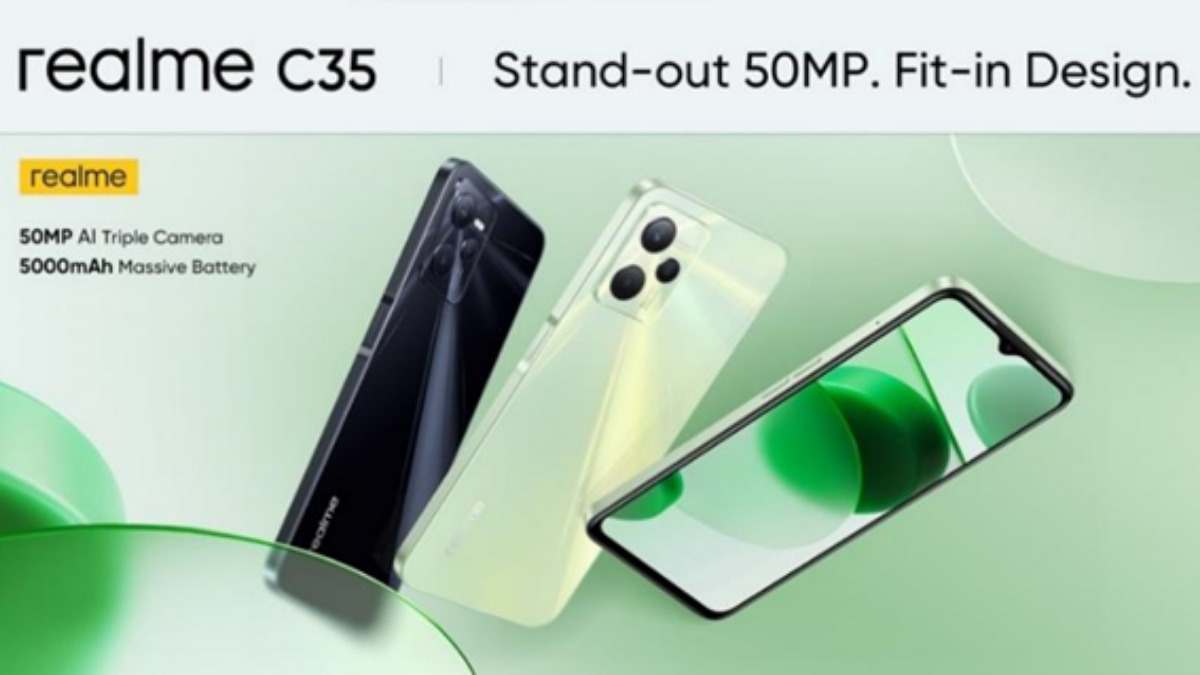 “Our entry-level C Series has always been a fan-favourite amongst our users, and we’re thrilled to see the trendiest of the range making its way to Malaysia shores,”

“Being the most value-for-money series of the brand, we are excited to soon see the local youth together with the realme C35, flaunting their bright personalities with our latest trendsetting smartphone”.Crystal Gong, realme Malaysia Brand Director.

The realme C35 boasts a flagship-level 50MP primary camera – the same as the realme GT2 Pro – with a large area and an f/1.8 large aperture, allowing for more details in photos and easy access for users to take blockbuster and bokelicious shots. To provide an exciting camera experience, realme C35 adopts f/2.8 B&W lens for portrait shots and f/2.4 macro view from up to 4cm.

The Most Stylish Design for Entry-level

Designed to be the most stylish entry-level smartphone in 2022, the realme C35 comes with a new right-angle bezel – using a 2D plate – as thin as 8.1mm, combining a visual experience with a comfortable feel. As a result, it is the slimmest phone available in its segment, paired with a dynamic glowing design to give off a futuristic and trendy look to match the colourful personalities of young people all over the world. The device comes available in two exciting color options: Glowing Black and Glowing Green.

The Best Quality in Segment

The realme C35 has the most durable quality in segment with dual certification – TUV Smartphone High Reliability Certification. Containing 23 major tests, the realme C35 is certified to bring reliability and resistance to days of extreme temperature, wear and tear, drop shock-proof and more. Bringing Real Quality to users, the realme C35 passed over 300 tests to provide users a long-lasting smartphone experience.

The Best Performance in Segment

Equipped with the powerful Unisoc T616 processor, the realme C35 scores 230,726 on AnTuTu benchmarks. What’s more exciting is the realme C35 is also the first phone in the C series to feature DRE Dynamic RAM Expansion Technology to deliver smarter processing for an even smoother user experience, an upgrade from its predecessor.

Continuing the legacy of long battery life, well-known to the C Series, the realme C35 will also deliver its users a worry-free battery life experience thanks to its 5000mAh battery and 18W quick charge, allowing the device to last for 39 days on standby and charge to 50% battery-level in just 49 minutes. As the first phone with a 6.6-inch FHD full screen in the C series, the realme C35 brings a larger FHD screen size to this segment, providing an unparalleled FHD visual experience.

Fans can get their hands on the realme C35 at realme Malaysia’s Official Store on Shopee from 21 February 2022. For those looking to walk in stores, the device will be available for grabs from 25 February 2022 at all realme Authorised Stores.

In conjunction with the realme C35 launch, realme Malaysia is hosting a number of promotions for all its Malaysian fans:

In this article:realme, realme C35