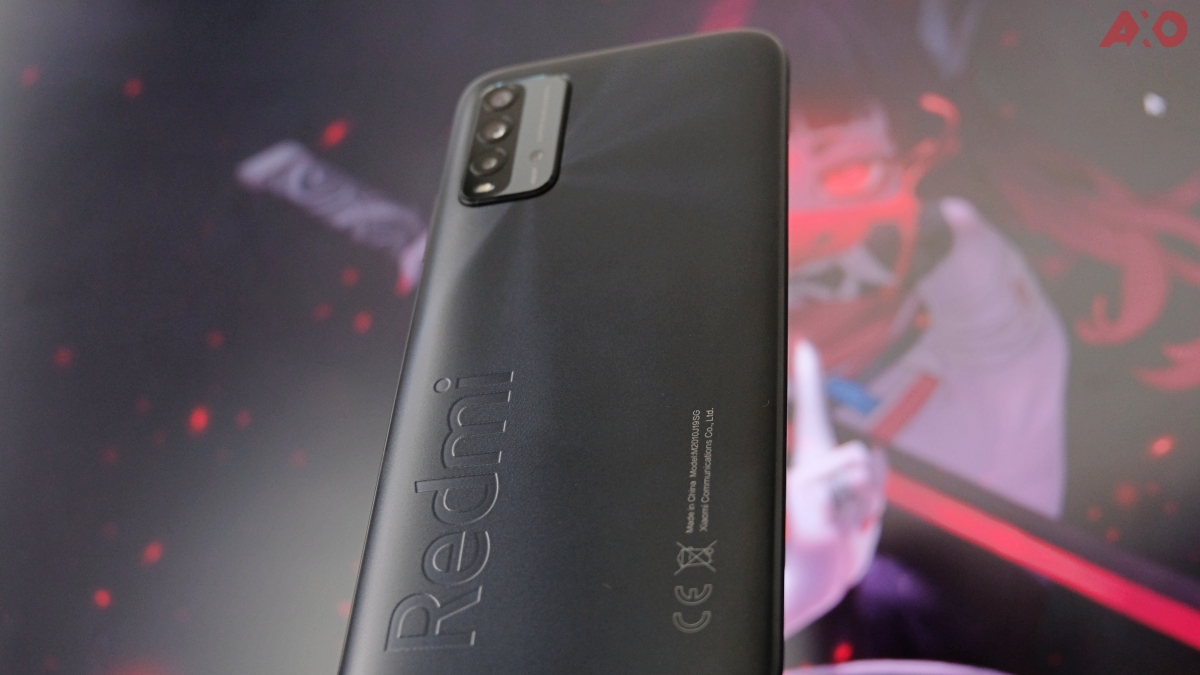 The Xiaomi Redmi 9T was released as the new budget king, as it offers stellar hardware for its price. From RM599, you’re getting a Qualcomm Snapdragon processor, up to 6GB of RAM, and a quad camera system. That itself already screams value on paper, but it is any good in real world use? Let’s find out, but first, some specifications.

The Xiaomi Redmi 9T features an aluminium brush pattern that’s resistant to fingerprints, and it does work. On the front, it looks pretty standard but the back is where it shines, literally. Apart from the aluminium brush on the back, the rear of the device also has a shine that changes at different angles and refracts on the brushes. Not only does it feel good in the hands, it looks pretty nice too when it’s placed screen down on a surface.

The Redmi 9T does feel a little thick at 9.6mm, but the heft is still fairly decent. It’s still a lot lighter than most flagship devices these days, so it should feel featherweight in your pockets or in your bag.

On the top, there’s the 3.5mm audio jack, and surprisingly, an infrared port. This lets you control your home appliances using the built-in infrared sensor, all you need is to download a supported app. The SIM tray is placed on the left, while the power and volume buttons are on the right. The fingerprint sensor is also side-mounted into the power button itself, for easier access. Personally, I’d prefer having it in-display, but it might be cheaper to do it this way. On the bottom, you’ll find the USB Type-C port, and the mono speaker system.

The Redmi 9T has a rather large display for an entry level device at 6.53-inch, and it even offers FHD+ resolution. The only caveat here is that it is using an LCD panel, which may suffer a little in battery life (more on this later). The use of an LCD panel here is fair considering it is offering value, and it has a large 6,000mAh battery to make up for it. The IPS panel also provides great viewing angles, especially from the sides, where the colours don’t distort. On top of that, it also has Corning Gorilla Glass 3 for added protection.

Image quality wise, the display does show vivid colours and it has great viewing angles, but the blacks do look a little faded. The brightness isn’t very bright as it only has a max brightness of 400 nits, but text and images are still fairly visible even under direct sunlight.

And because it is a budget device, you don’t get the smoother 90Hz or 120Hz refresh rate screens. So, what you’re getting with the display is a larger and clearer display, rather than smoothness, which would’ve been a bigger killer feature if they could pack it in.

The Redmi 9T is a decent entry-level performer for day-to-day use. I can’t help but think of the amount of value Xiaomi has put into the device. That being said, the phone’s hardware looks great on the spec sheet, but real world use needs tolerance. That makes it a jack of all trades, where it has all these great features, but doesn’t excel in all of them. And that’s okay for an entry-level device, because all you need is for the phone to perform basic daily tasks like internet surfing, playing music, social media, watching videos, and playing some games.

The Redmi 9T’s entire UI improved a lot in terms of navigation, with the new MIUI 12. It’s more intuitive and user friendly, where each command flows nicely and is easily accessible. Sliding down from the homepage brings down the notification bar, and sliding up leads you to the app drawer. Within the app drawer, the search bar is also placed at the bottom, which is really intuitive. These are really natural gestures, and I’m glad Xiaomi is making it a default on MIUI 12.

Some entry level devices don’t offer the full screen gestures, and I think it’s a waste, really. Luckily, the Redmi 9T has this feature built-in, but it isn’t set as default. To take full advantage of the 9T’s large display, go into display settings and switch from the navigation bar at the bottom to full screen gestures. This frees up more screen real estate for you, and it makes navigation much easier too.

However, I feel that the entire user experience can be improved if the screen had a higher refresh rate. The navigation can appear a little choppy at times, and it’s not the phone lagging, it is just the display isn’t able to keep up with MIUI’s smooth transitions. It doesn’t have to be 120Hz, even 90Hz refresh rate would have been sufficient to give it a boost in aesthetics and performance. A higher refresh rate is a feature I’m willing to gain, if it means other features of the phone has to be sacrificed.

When it comes to performance, the Redmi 9T’s Qualcomm Snapdragon 662 processor is a fairly decent performer, but the 4GB RAM might be too little. Built on the 11nm process, the phone does suffer a little delay when opening apps on rare occassions, but nothing too serious that it disrupts the user experience. It also tends to be sluggish when there are multiple apps open in the background, so do remember to kill apps when you’re not using them.

Playing Genshin Impact and Call of Duty: Mobile on the Redmi 9T is acceptable. Although you can’t crank the graphic settings all the way to the max, but the games are still playable at low to mid settings. The phone does feel a tad bit warm at the rear, near the camera area, but that’s only when you’ve been playing games for two hours straight without a casing on.

Here are some of the benchmarks we ran for the Redmi 9T using 3DMark and GeekBench 5:

We’re not sure why, but 3DMark was recognizing the device as “Redmi 9 Power”.

The Redmi 9T may have a quad camera system, but it’s only there to do its job – taking pictures. Image quality isn’t perfect, which is expected of an entry level device. Images tend to be overexposed, and artifacts can be seen in some photos. That said, images taken with the device is social media ready, but they might need additional post editing.

The good news is, it has multiple lens and camera modes for you to take pictures in different scenes. There’s a 48MP mode for you to take images with higher preserved clarity. You also get the macro lens for close-up shots, ultra-wide angle lens for wide shots, and a depth sensor for portrait bokeh shots. The Redmi 9T also has pro mode if you want to delve deeper into manual settings, as well as a night mode for brighter low-light shots. Night shots do appear brighter, but they don’t preserve as much as detail, and there are quite a bit of noise.

Here are some of the photo samples taken with the Redmi 9T:

When it comes to audio, I was surprised to find that the Redmi 9T has a stereo speaker system – one at the bottom, and one in the top earpiece. However, the phone is optimized to deliver the best audio when in portrait mode rather than in landscape mode. That is because when you rotate the phone, you can hear that most of the volume is coming from the bottom speaker, which makes the audio sound unbalanced.

In terms of volume, the Redmi 9T does go achieve really loud volumes, but it does suffer a little distortion once it goes past the 90% mark. When the device is at 80% volume, you can also start feeling the speakers vibrating on the back of the phone and on the bottom parts of the phone.

Audio quality wise, the highs sound a little muddy, but the mids offer great vocal and clarity. Bass is lacking, but it is well managed and doesn’t distort when the bass drops. My suggestion is to not go past the 70% mark, and the audio should sound fine for all music genre and videos.

The 3.5mm audio jack is also a nice addition, if you’re still into wearing wired earphones or headphones. Since the 3.5mm port is on the top of the phone, it wouldn’t interfere with your hands too, which is great.

The Redmi 9T is equipped with a 6,000mAh battery that supports 18W fast charging via USB Type-C. On top of the large battery capacity, the in-box charger also has a 22.5W rating, which makes recharging a quick process. A full zero to 100% charge takes about an hour and fifty minutes, and that’s considerably fast as it has a huge 6,000mAh battery.

I’ve been able to squeeze a full two days out of the device with casual use at home, and I’d still be left with 32% battery at the end of the day. Since we’re still under Covid-19 lockdown, I’ve set the device to only use mobile data with GPS turned on, and the device could still give me a day and a half of usage, which is pretty great.

The Xiaomi Redmi 9T is indeed the new budget king, but it does have its caveats. They aren’t dealbreakers, but with 4GB of RAM, it might not seem enough so we do recommend the 6GB RAM version at just a RM100 extra. That also gives you double the storage space from 64GB to 128GB, which is a double win.

Xiaomi’s asking price of RM599 for the Redmi 9T isn’t alot, considering you’re getting a large FHD+ display, huge 6,000mAh battery, and a 48MP quad camera system. If you’re looking for a smartphone that can handle your emails, text messages, and social media, with some photo taking and light gaming on the side on a budget, the Redmi 9T should definitely be in your consideration list. 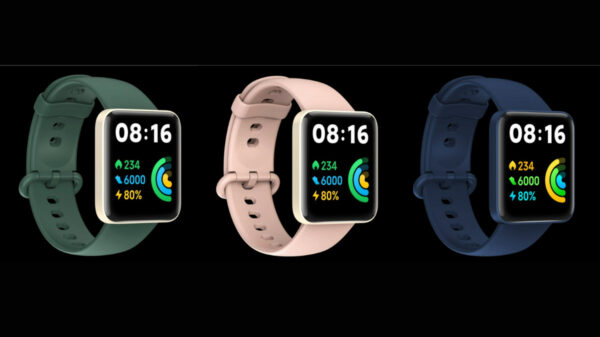 Xiaomi Malaysia adds another variant to its wearable offerings – Redmi Watch 2 Lite. This brand new product not only comes in a stylish... 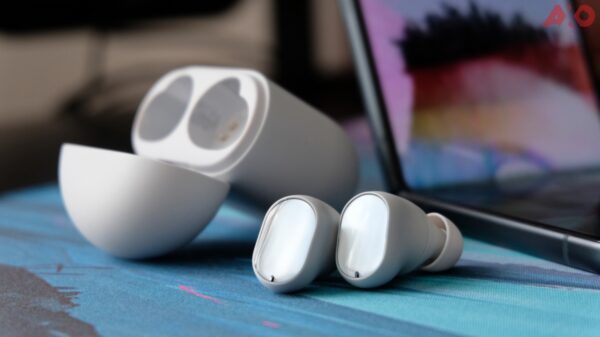