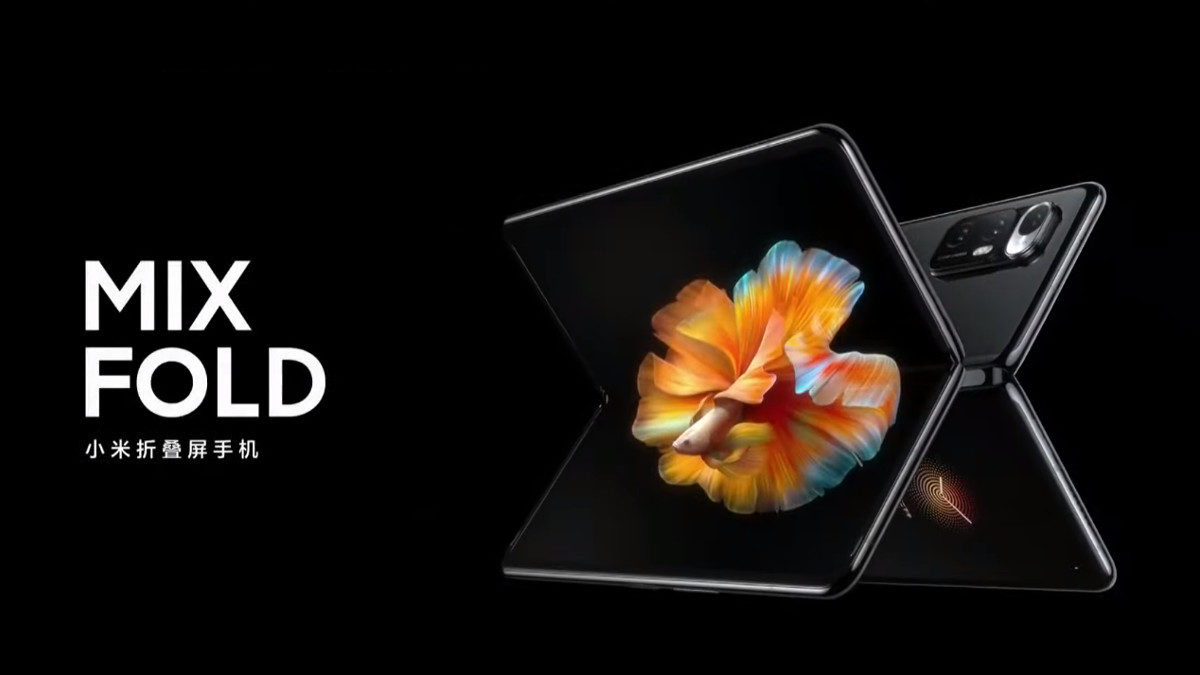 The Xiaomi Mi Mix Fold was announced just one day after the announcement of the expanded Mi 11 series which include the Mi 11 Ultra, Mi 11 Pro, Mi 11i, Mi 11 Lite 5G, and Mi 11 Lite. Day two of Xiaomi’s Mega Launch saw not only the unveiling of the Mi Mix Fold, but of the company’s entry into the electric vehicle foray too.

Xiaomi’s Mi Mix Fold is a foldable flagship smartphone that is powered by the Qualcomm Snapdragon 888 processor, paired with up to 16GB of LPDDR5 3200MHz RAM and 512GB of UFS 3.1-based internal storage. Having a similar form factor to the Samsung Galaxy Fold, it has an 8.01-inch WQHD+ flexible OLED display, complete with a 6.5-inch AMOLED display on the exterior. However, the larger inner display has a lower refresh rate of 60Hz, while the exterior display has a higher 90Hz refresh rate.

The company utilized a special U-shaped hinge design to ensure the phone’s reliability. According to Xiaomi, the Mi Mix Fold has been put through extreme tests which include up to 1 million bends.

In the camera department, the Mi Mix Fold is the first device in the world to have Liquid Lens technology. With the 8MP sensor, the lens is made transparent liquid with its curvature controlled using a high-precision motor which allows users to access telephoto features from 3x optical to 30x maximum zoom. The 8MP Liquid Lens can also act as a macro camera with a focus distance up to 3cm. Apart from that, the Mi Mix Fold is also fitted with a 108MP Samsung ISOCELL HM2 main sensor, a 13MP ultra-wide angle sensor, and a 20MP selfie sensor on the front.

Connectivity wise, the Xiaomi Mi Mix Fold supports 5G connectivity, as well as Wi-Fi 6 for faster transfer speeds. Powering the device is a 5,020mAh battery which supports 67W fast charging via USB Type-C. Xiaomi says the device is capable of a zero to full charge in just 37 minutes. Not only that, the device also has a quad-speaker system that’s tuned by Harman Kardon boosted by a 15V Smart PA amplifier. And for its fingerprint sensor, it has been embedded right into the phone’s side mounted power button.

The Xiaomi Mi Mix Fold has been launched in China, but has not been made available to the global market as of this writing. Launching in China in mid April. it will retail from CNY 9,999 to CNY 12,999. Stay tuned to The AXO for when and if the Xiaomi Mi Mix Fold launches in Malaysia.