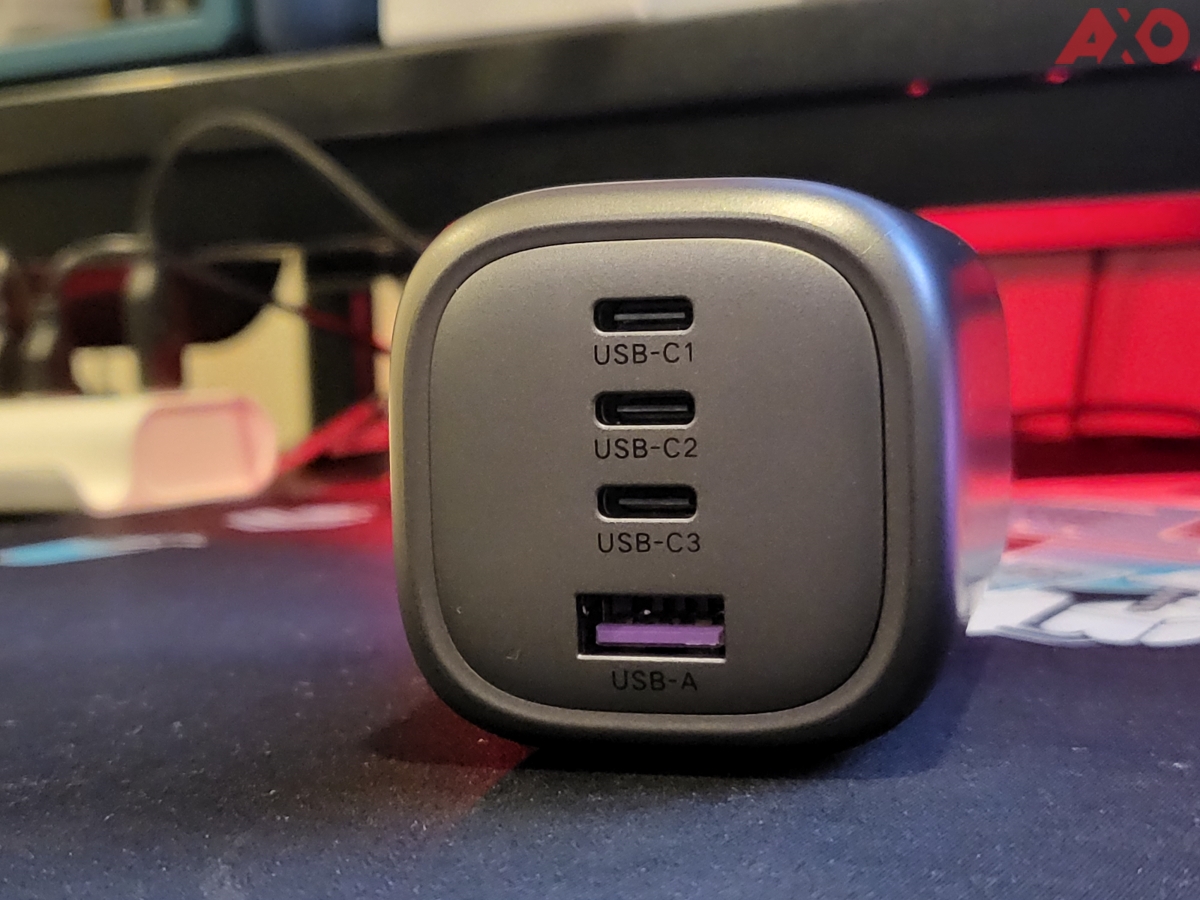 So, the design of the UGreen GaN 100W Charger is the biggest highlight. Even though it has the same charging capabilities, the outlook is entirely different. This time around, on top of having the UK three-pin plug, it now sports a rounder, taller body, instead of a narrow, and flat design.

It has a matte finish all around the case, and the USB ports on the top are closer to each other, and less spaced out. Each of the ports are also labelled, so you’d recognize which port is capable of different charging speeds.

On one side, there’s the UGreen logo, and on the other, the words “100W GaN” etched on it. The USB-A port also has a purple lining on the inside, instead of the usual white.

In terms of build quality, the charger feels very sturdy. It has a certain heft to it, which gives it a certain reassurance that this charger is safe and won’t just randomly explode or blow up. The three prongs are also firmly attached, and you can’t hear any loose parts from within the charger.

Using the UGreen GaN 100W Charger for a week, I find that I like this design more. Not just because it’s easier to plug into Malaysian sockets, but also because it has a smaller footprint with a base that is closer to the plug, so it feels more solid that it’s plugged in all the way, and won’t come off loose if the socket gets moved a little.

Apart from that, the USB ports are positioned much closer with each other, and it’s made the whole charger look more tidy with all the cables jutting out from the top.

The UGreen GaN 100W Charger UK plug version has essentially the same 100W charging maximum speed, but it comes in a smaller, rounder design that fits Malaysian households with the UK plug. Between the two prong version and the UK, I’d definitely go for the UK version during this upcoming UGreen 11.11 sale.

To get one for yourself, check out these links below:

In this article:Charger, Review, UGREEN