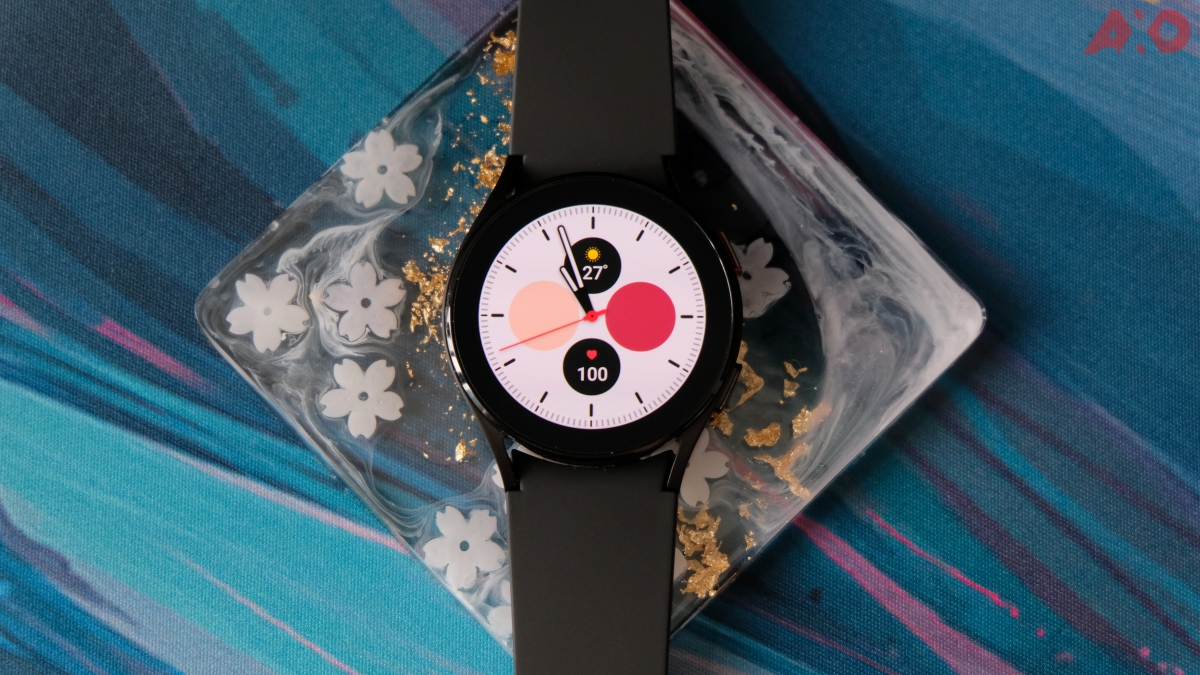 The Samsung Galaxy Watch4 is finally here, launched alongside the Galaxy Z Flip3 5G and Galaxy Z Fold3 5G. Paired with Google’s Wear OS, there’s been quite a few improvements made to the Watch4. The new UI is more colourful, certain apps like Tiles and Google Maps have been given a UI overhaul, and they all perform much faster than before. Wear OS 3 feels like a winner, and the Watch4 is the perfect starting point for it to set out on its journey.

The Samsung Galaxy Watch4 has long been anticipated not only because it’s the latest iteration in the Watch series, but it’s also the first wearable to sport Wear OS by Samsung, which is an entirely revamped OS co-developed by Samsung and Google. We’ll take a look at some of the Galaxy Watch4’s features in this review. But first, let’s go through some of the watch’s specs on paper.

The Samsung Galaxy Watch4 features a minimalist design that’s meant to keep things simple on the outside, and the heavy duty tracking on the inside. Without the straps, the watch only weighs a mere 26g, which is super lightweight I could barely feel it on my wrists. The strap is made out of a hypoallergenic silicone material that is really nice to the touch, and comfortable to be worn on the skin. Do note that the watch strap is now adjusted to curve closer to the watch, which also means it’s no longer compatible with Watch3 straps.

The watch’s chassis now features a design that has sharper angles, and a display that’s completely flat. Gone are the curved design that took a cue from Apple’s Watch series, and I think is a nice approach. The Super AMOLED display is unrivaled in terms of colour vibrancy, and certain watch faces are truly mesmerizing, taking advantage of that Super AMOLED panel.

As for buttons and navigations, the Samsung Galaxy Watch4 has two buttons flanking the right side of the watch. They have a very minimal bump, and don’t protrude that much from the side to press into your skin when you bend your wrist. The home button on the top has a red lining, while the bottom button is for quick access to your most used apps. Instead of using physical bezels which would go through wear and tear through time, Samsung decided to opt for a digital bezel and it works like a charm. All sensors are placed on the bottom, as with other smartwatches.

Running on the new 5nm Exynos W920 chipset, the Samsung Galaxy Watch4 is a beautiful smartwatch with a very snappy response. Navigation and app interaction just feels fast and smooth, and that made the whole experience using the smartwatch a whole lot better. The Wear OS 3 UI has also made it very inviting for me to go through the menus with excitement, because of how well the design revamp is. There’s more colour used, they’re vivid, icons are larger, tiles are more accessible, and certain apps have been updated to show more information while reducing clutter. One such app would be Google Map, where it shows you more of your surrounding and less of the directional bars and cues.

As mentioned above, the Samsung Galaxy Watch4 brings back the digital rotating bezel, a feature first introduced on the Galaxy Watch Active 2. So instead of having a physcical one, the digital version replicates the sensation of it by using heptic feedback. All you have to do is just glide your finger across the outer rim of the display. After using and trying several smartwatches with a rotating crown, I have to say the digital version feels no different. It’s responsive, intuitive, and a whole lot of fun to use.

However, unfortunately, Samsung’s assistant, Bixby still needs a lot of work. And, you still have the option of choosing Google as your main assistant, so that’s a bonus. In terms of functionality, the watch measures quite a list of metrics including ECG test, stress test, blood pressure monitoring, breathing exercise, alarm sync, camera controller, and more.

As a smartwatch on its own, the Samsung Galaxy Watch4 works great as a sort of personal assistant on your wrist. There’s raise to wake, which makes it much quicker to access the home screen. As per other smartwatches, you get notifications, calls, music control, all on your wrist.

The Samsung Galaxy Watch4 is equipped with their new BioActive sensor, which is pretty accurate when it comes to tracking your workouts and fitness regimes. What the BioActive sensor does is that it combines multiple sensors into one unit, allowing you to track blood pressure, blood oxygen levels, and even perform an ECG test. What’s nice about it is that it has the new Body Composition feature which does a more thorough analysis of your health by taking a look at different aspects of your body – body fat, skeletal muscle, body water, BMI, and BMR (basal metabolic rate). Even the two push buttons on the watch has sensors built right in for additional scanning metrics.

While the scanning is pretty accurate, you need to manually input your body weight every time you start the scan. But, this is an interesting feature nonetheless and I’d love to see how Samsung would expand this feature. And when it comes to synchronization, you can use the Samsung Health app, but now your fitness tracking can all be routed through Google Fit if you want to. But then again, I’d still prefer sticking to Samsung’s Health app as it would sync nicely with my other Samsung devices as well.

Selection wise, there’s a whole range of activities and workouts that can be tracked. The IP68 dust and water resistance rating also means that you track any swimming or underwater activities. Sweat and splashes are no problem at all, obviously. If you’ve been staying stagnant for too long, the watch also has these move reminders that well, remind you to move. It also offers you stretch and breathing exercises to get the blood flowing.

Comparing it to the Apple Watch, it can definitely outlast it. And in certain, more casual use cases, the smartwatch can definitely last up to 2 days tops. With its set of built-in features, two workouts, your usual work notifications coming in, and with sleep tracking, I was able to get about 35 hours of use when the battery went down to 10%. With Always-On display turned off, a similar use case could get me 36.5 hours of use.

Charging the Samsung Galaxy Watch4 is pretty quick too. With the included magnetic charging dock, it could charge from 5% to 100% in just 1 hour and 42 minutes. 10% of battery could last you a few hours too before desperately needing to recharge it, and a quick 1 hour charge can get it back up to 70%.

The Samsung Galaxy Watch4 is a great smartwatch for casual Android users who want the best features a smartwatch could showcase. It has a full suite of functionality like ECG, blood oxygen level (SPO2), an AMOLED panel, amazing speed and performance, and a wide array of health tracking features. There are still a few features not available at this point in time, but that can easily be added in the future when Samsung decides to release them.

If you’re already a Samsung user, the Samsung Galaxy Watch4 would fit in just nicely as it eases the pairing process and syncs well with your Galaxy device ecosystem. However, if you’re using an Apple device, it’s best to steer clear because the watch has no added functionality with Apple’s ecosystem. But at least now, Android users have the option of a smartwatch that can take on the Apple Watch series head to head. Priced at RM999, I think the Samsung Galaxy Watch4 hits just the right spot to offer a premium, and fast Android smartwatch experience.

Samsung Galaxy S22 Ultra ticks off all the essential components of a smartphone, such as an excellent and immersive display, a versatile set of...