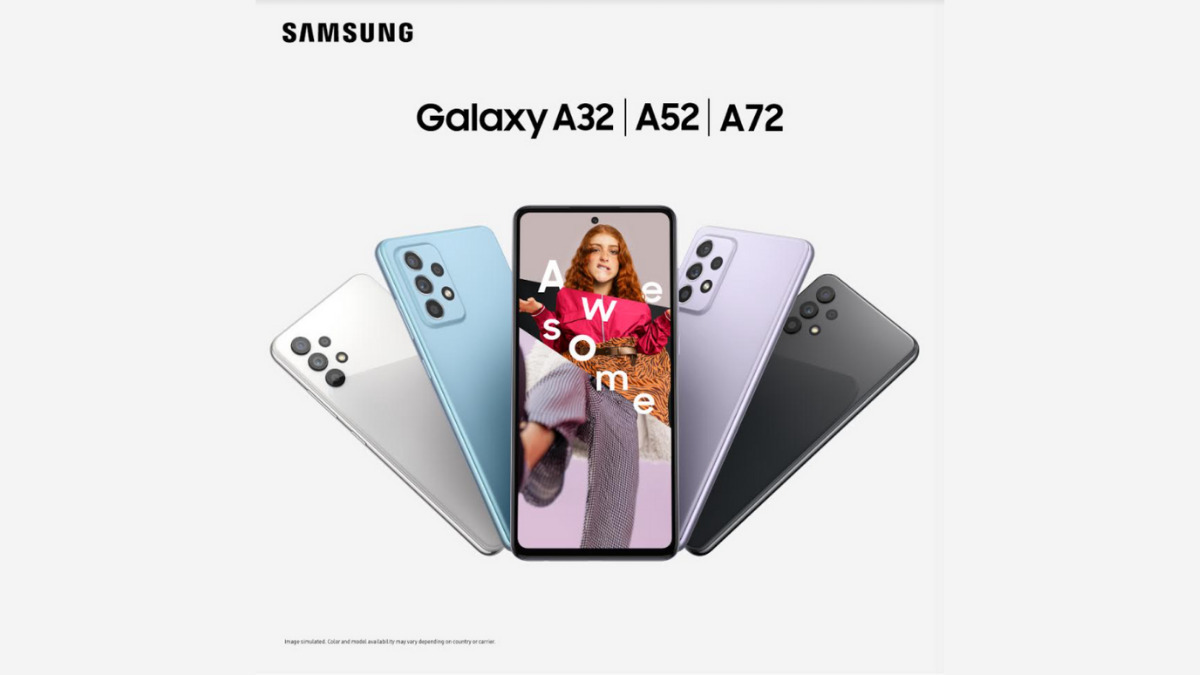 Samsung finally unveiled the local pricing and availability for the Samsung Galaxy A72, Galaxy A52, Galaxy A32 5G, and the Galaxy A32. These devices will start from just RM1,099 complete with freebies, and even a trade-in program to make it easier for you to obtain them and switch devices. We’ve already got our hands on the Samsung Galaxy A72, so check out our first impressions of the device here.

To recap, the Samsung Galaxy A72 features a 6.7-inch FHD+ screen with a Super AMOLED panel. On the top, there’s an Infinity-O notch which houses the selfie camera. It also has a 90Hz refresh rate, which is a welcome feature from the standard 60Hz.

The Samsung Galaxy A72 is powered by a Qualcomm Snapdragon 732G processor, paired with 8GB RAM and 256GB of storage. Storage can be expanded up to 1TB via the microSD card slot within the SIM tray. Do note that if you’re using a dual-SIM setup, that would take up the microSD slot too.

In the camera department, the Samsung Galaxy A72 has a 64MP main sensor with OIS capabilities, 12MP ultra-wide sensor, 5MP macro sensor, and an 8MP telephoto sensor. The telephoto sensor supports Space Zoom up to 30X, while optical zoom can reach up to 3X. On the front, there’s a 32MP main sensor in charge of selfies and video calls.

Connectivity wise, the Samsung Galaxy A72 has Wi-Fi 5, with Bluetooth 5.0, as well as a 3.5mm audio jack for those of you who still prefer a wired earphone. Powering the device is a 5,000mAh battery that supports 25W fast charging via USB Type-C. Another thing to note is that the device also supports NFC, so you can use Samsung Pay with it.

Running on Samsung’s One UI 3.0, the Samsung Galaxy A72 has also been fitted with IP67 dust and water resistance, which allows it to stay under fresh water up to 1m for 30 minutes. There’s also a dual speaker system that supports Dolby Atmos.

It shares almost the same camera setup as the A72, with the 64MP main sensor with OIS, 12MP ultra-wide angle sensor, 5MP macro sensor. Instead of the 8MP telephoto sensor, it gets replaced with a 5MP depth sensor. The A52 also supports digital zoom up to 10X. And on the front, it also has a 32MP selfie sensor.

As for the Samsung Galaxy A32, it runs on a MediaTek Helio G80, while on the 5G variant, it runs on a MediaTek Dimensity 720 5G processor. It is also paired with a generous 8GB of RAM and a 128GB of storage, expandable up to 1TB via microSD. For its display, it has a 6.4-inch FHD+ Super AMOLED display with a 90Hz refresh rate.

In the camera department, it also has a quad camera setup which consists of a 64MP main sensor, an 8MP ultra-wide angle sensor, a 5MP depth sensor, and a 5MP macro sensor. In charge of selfies is a 20MP sensor on the front.

Keeping the Galaxy A32 juiced up is a 5,000mAh battery that supports 15W fast charging via USB Type-C.

And from 26 March to 30 April 2021, receive a complimentary Clear Standing Cover or Soft Clear Cover when you purchase either one of these smartphones. On top of that, consumers can also trade-in their old or existing smartphone to receive an attractive trade-in offer. So head over to participating Samsung Experience Stores and selected Samsung Authorized Retailers to learn more about these deals starting from 26 March.