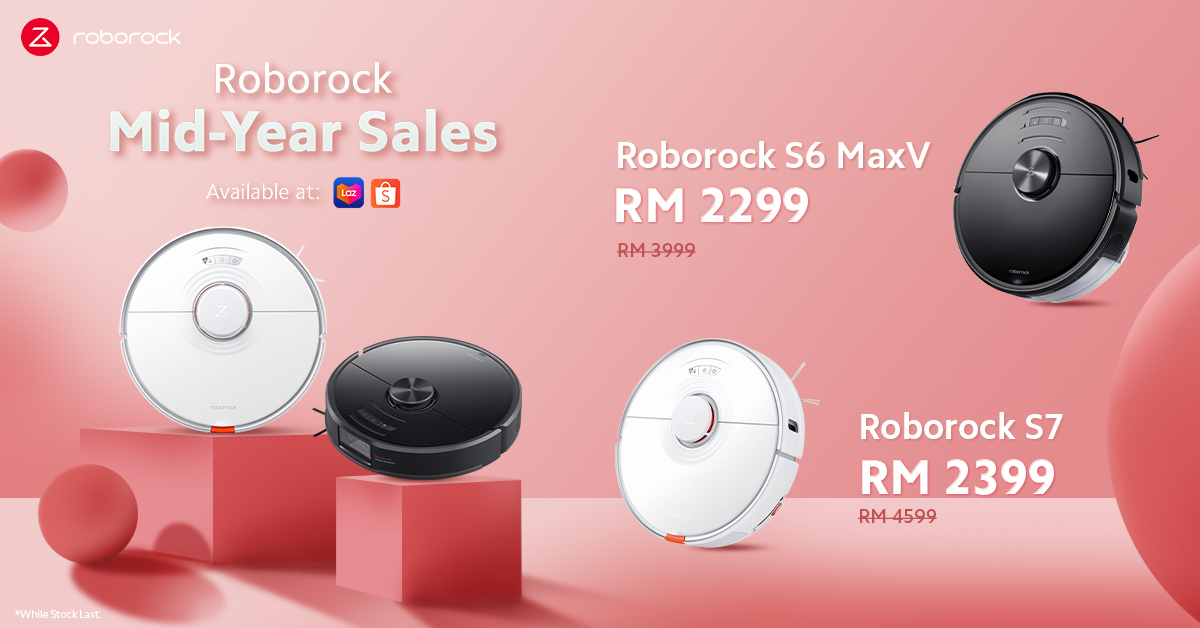 Roborock, the makers of intelligent home robots, is offering up to 50% off its products during the brand’s mid-year sale from 4 June – 6 June 2021, including the newly launched Roborock S7 and the crowd favorite S6 MaxV.

With over RM 2,000 off, this is one sale customers don’t want to miss out on! The deals are available via the brand’s official store on Shopee and Lazada. Want further deals? Watch out for the Flash Sale on 6 June, where the Roborock S7 will go for as low as just RM 2,099!

Launched late March this year, the Roborock S7 is the brand’s latest addition to the company’s premium S-Series lineup. It is also the first Roborock vacuum to introduce Sonic Mopping, a variety of high-intensity vibrations that mimic scrubbing to easily disintegrate surface dirt and breaking up even the toughest, dried-on messes – leaving floors cleaner than ever.

In addition to that, the VibraRise™ technology automatically lifts the mop when carpets are detected. This innovative feature made possible by Roborock’s new ultrasonic carpet recognition technology enables the S7 to mop hard floors and vacuum carpets in one, single cleaning session, without interruption.