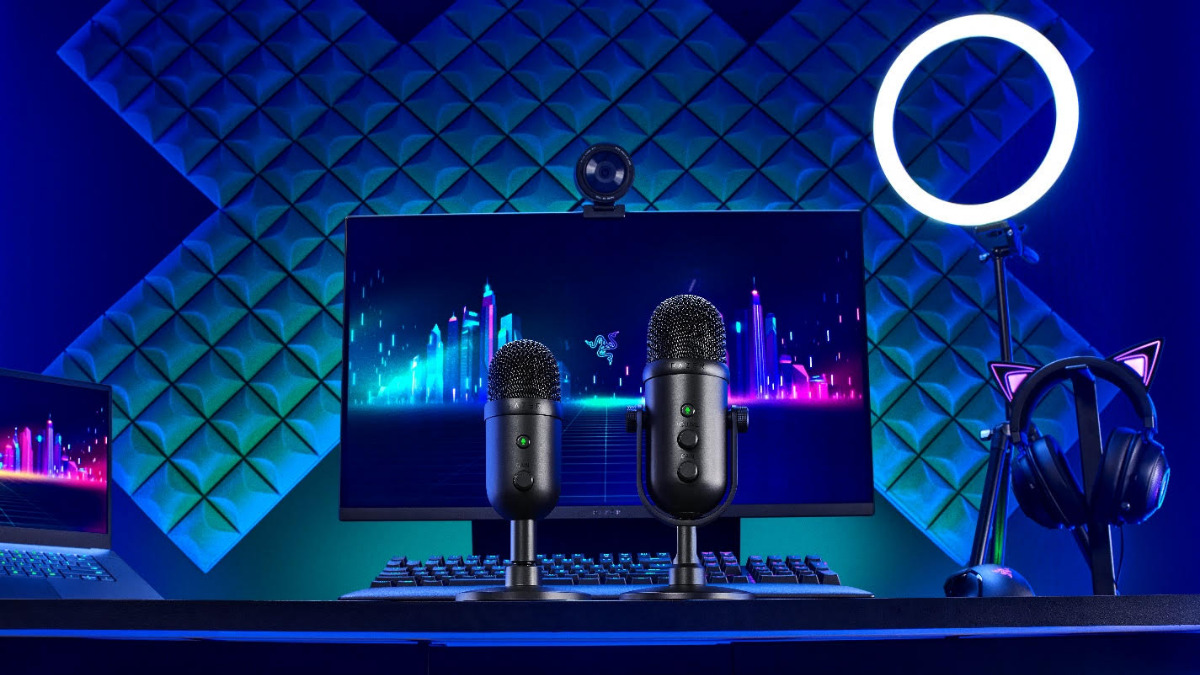 The Seiren V2 Pro offers best-in-class rich, powerful vocals allowing streamers to showcase depth and timber in their voices, with radio-DJ tonal quality. High pass filters and analog gain limiters make sure that the microphone only captures what you want it to, naturally filtering out accidental bumps and background noises. The Seiren V2 Pro is a must-have for any streamer or digital entertainer looking to up their audio quality and showmanship. Some of the core features of the Seiren V2 Pro include:

The Seiren V2 X has improved on the award-winning formula of Razer’s iconic condenser microphone, the Seiren X. The crisp and clear vocals delivered by the Seiren V2 X are the perfect weapon in any budding streamer’s arsenal. Featuring supercardioid pickup patterns, the Seiren V2 X can easily isolate the streamer’s voice from the background noise, delivering only what the audience wants to hear.  Some of the core features of the Seiren V2 X include:

Both the Seiren V2 Pro and Seiren V2 X have near limitless options of enhanced customization and control through direct integration with audio mixing software within Razer Synapse. Streamers can enjoy unparalleled independently adjustable control of input/output levels of multiple audio sources, in order to fully adjust the sound delivered to their audience versus the audio they hear while streaming.

The new Razer Seiren V2 Pro and Seiren V2 X expand Razer’s broadcaster suite of products with best-in-class audio voice quality and clarity for any streamer – whether you’re looking to upgrade your gear, or just starting your own channel.

Razer Seiren V2 Pro priced at RM729 whereas the Seiren V2 X costs RM489. Check out Razer.com, RazerStores and authorized retailers if you would like to purchase new microphones.