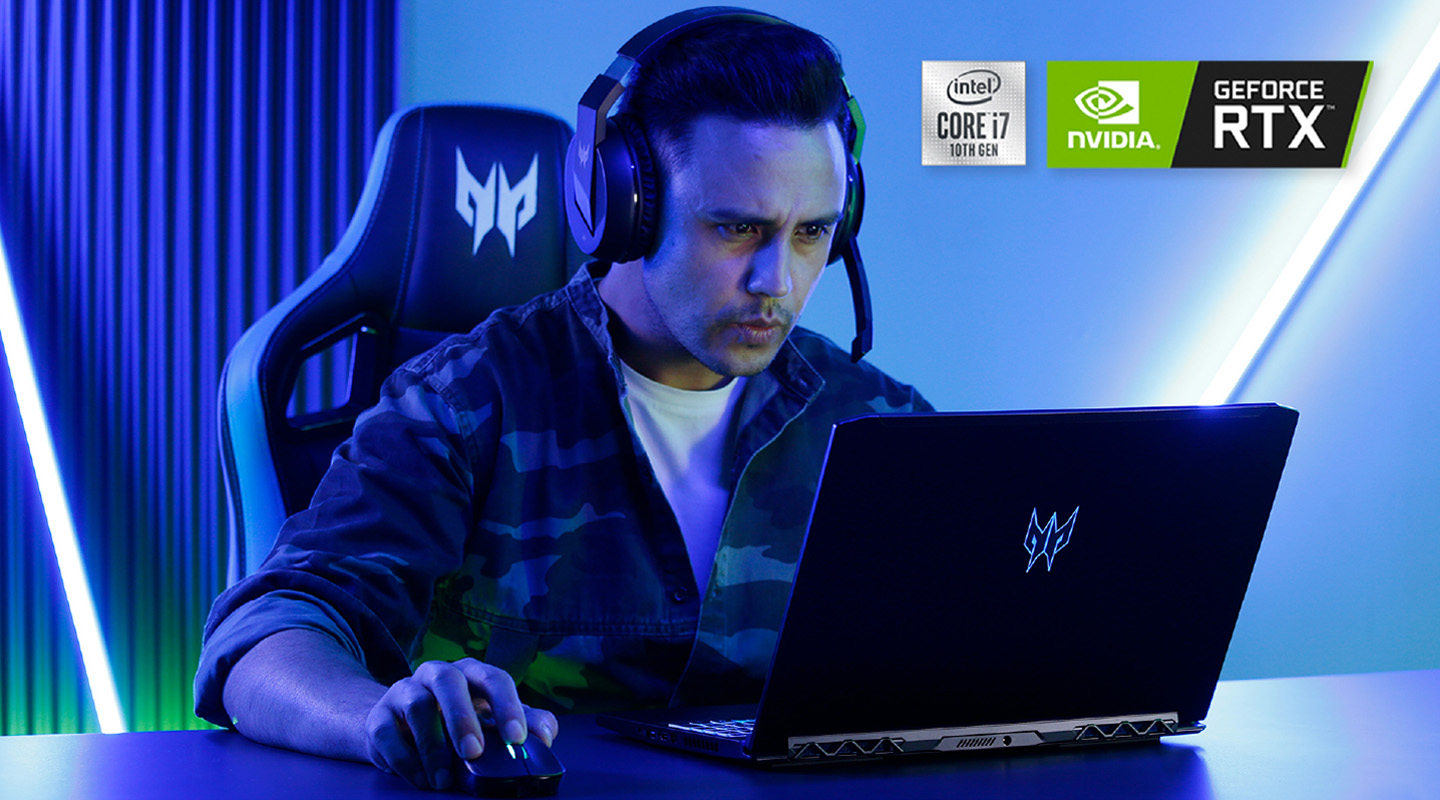 Predator Triton 300 SE – Tons of Power in a Portable Package

At just 17.9 mm (0.7 in), the new generation of the Predator Triton 300 SE (PT314-51s) allows users to play the latest games on-the-go. The portable 1.7 kg (3.75 lbs) notebook features up to the 11th Gen Intel® Core™ i7 H35-series Special Edition processor that reaches up to 5 GHz1 for blisteringly fast performance and NVIDIA® GeForce RTX™ 3060 Laptop GPUs into its clean and Spartan-like all-metal chassis. A dual-fan cooling system includes the latest 5th Gen AeroBlade Fan and Acer’s Vortex Flow technology to keep temperatures in check during heavy gaming sessions.

Whether playing games or watching films, players will appreciate the Predator Triton 300 SE’s 14-inch FHD display that boasts a 144 Hz refresh rate and is surrounded by three thin bezels. 10 hours of battery life provides players with the flexibility to squeeze in a bit of study between gaming sessions, or to hang out in their favorite stream for a while after a hard day’s work. A backlit 3-zone RGB keyboard enhances gaming, while DTS:X Ultra audio provides a boost in-game by providing crisp and well-balanced sound to help players pinpoint where an enemy is hiding. In addition to Intel® Killer™ Wi-Fi 6 AX1650, the Predator Triton 300 SE has a wide range of ports, including Thunderbolt™ 4, USB 3.2 Gen 2 and HDMI.

The Predator Helios 300 (PH315-53) has been refreshed to include the latest NVIDIA GeForce RTX 3080 Laptop GPU and up to 32 GB of DDR4 memory to give gamers all the performance they need to conquer this generation of games — and the next. These heavy-duty internals power the notebook’s 240 Hz IPS display with a 3 ms response, allowing for silky smooth visuals, while DTS:X Ultra audio and 3D simulated surround sound allow for an even more immersive audio experience. The notebook is supported by two fans, including one of Acer’s custom-engineered AeroBlade 3D Fans, while Acer’s CoolBoost™ technology enables the fans to adjust in order to keep critical areas continuously cooled.

Acer Nitro 5 — Get Into the Game

The Nitro 5 has historically been about maximizing value per dollar, and this generation takes up the torch with the combined power of the 11th Gen Intel Core H35-series processors, NVIDIA GeForce GTX GPUs and up to 32 GB of DDR4 RAM. These specs provide players with all the power necessary for smooth gameplay across the most popular titles, and a pair of M.2 PCIe / SATA SSDs offer plenty of storage for enthusiasts who play a variety of titles.

While this performance can be appreciated as soon as a game is booted up, users will immediately notice the notebook’s cleaner chassis and narrower bezels that allow for an 80% screen-to-body ratio. The device’s screen offers blur-free gameplay with its 144 Hz refresh rate and 3 ms response time, and its 300-nit panel brings games to life with colors that pop. Regardless of what’s happening on the screen or under the hood, Acer’s innovations in thermal management ensure the Nitro 5 continues running cool. In addition to a pair of fans and a quad exhaust port design, Acer CoolBoost™ Technology increases fan speed by 10% and CPU/GPU cooling by 9% compared to auto mode.

In addition, a number of fun and innovative features add finishing touches improve the overall gaming experience of the Nitro 5. The notebook’s charging port has been moved to the back of the chassis so the power cord is out of the way, while USB Type-C™ Thunderbolt™ support and Intel Wi-Fi 6 (Gig+) ensure speedy connections. The keyboard has 4-zone RGB, letting users spice things up to suit their preferences.

Check out Acer’s Official Website to know more about these products here.