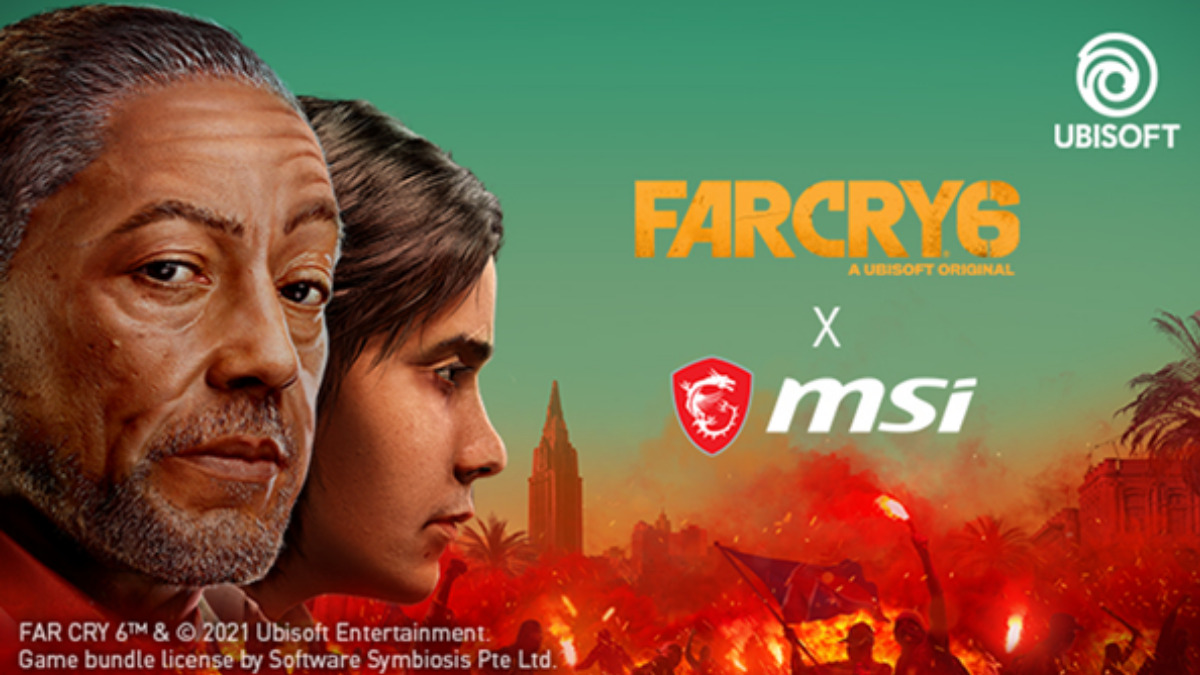 In Far Cry® 6, players will experience the adrenaline rush and chaos of guerrilla combat as they immerse themselves in Yara, a tropical paradise frozen in time and under the oppressive rule of dictator Antón Castillo – brought to life by Giancarlo Esposito (The Mandalorian, Breaking Bad).

“We are thrilled to continue our successful journey with Ubisoft. Light has a drastic effect on the feel of a game; it determines how a player interacts with and views the world they’re playing in. With ultra-realistic ambient lighting, MSI Ambient Link transports Far Cry® 6 players into the game world where they experience the wonders of game immersion,”

As Dani Rojas, a local Yaran swept up in the chaos, players will engage Antón’s regime in intense combat through lush jungles and dense cities as the fire of revolution ignites across the country. In a fight where they must use what they have to make what they need, players will employ an arsenal of unique and surprising new weapons, vehicles, and animal companions to unite a revolution that will burn the tyrannical regime to the ground. Far Cry® 6 will release worldwide on October 7.

Built upon MSI’s exclusive Mystic Light Sync technology, the Ambient Link features cutting-edge functions, a deeper connection to the game storylines and dozens of lighting presets for events in which the main character receives new skills and rewards, or encounters any changes in circumstances, etc.

One of the key elements of Ambient Link, MSI’s exclusive per-key RGB lighting keyboards provide real-time in-game details and highly useful hotkeys. The responsive, synchronized Ambient Link absolutely extends the game world into gamers’ rooms, bringing Far Cry® 6 players a higher degree of game immersion as they dive into the gritty world of a modern-day guerrilla revolution to liberate a nation from a dictator and his son.

Players who purchase selected MSI gaming products get to download the Far Cry® 6 Standard Edition PC game for free. This promotion is a limited time offer which starts on October 7 and expires on October 31, 2021. The promotion periods vary by products and MSI reserves the right to end the promotion when running out of the promotional game codes. For more information on selected products’ game bundle, please visit the following promotion pages.

MSI announces today a new lineup of AMD Ryzen 7000 Series processors that will be compatible with all MSI’s X670 and B650 motherboards. The...

The MSI Titan GT77 is an absolute beast of a gaming laptop on paper, but does it live up to expectations in the real...