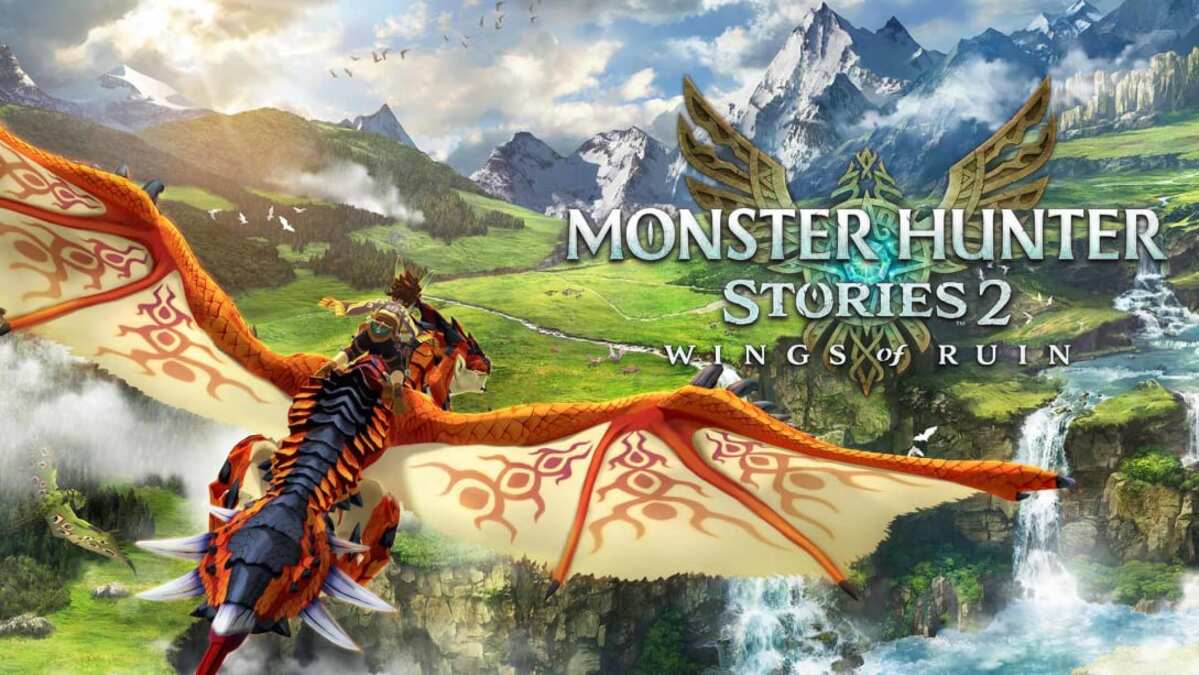 Capcom’s Monster Hunter series of games have always been the sort of game that you either love or hate, while I am personally a fan, I can see how the punishing difficulty and steep learning curve can be a deal-breaker for some. However, one thing that almost no one is going to dispute is just how cool the games look and sound with their amazing monsters, intricate weapons, and outlandish armor sets.

Monster Hunter Stories 2: Wings of Ruin gives those reluctant over the difficult action combat of the mainline series a chance to get in on all that monster hunting goodness whilst also enjoying a robust RPG that innovates on the monster taming formula made popular by games like Pokémon and Digimon.

The mainline Monster Hunter narrative has always been more of a “random person along for the ride” kind of affair where the story happens around you and you just happen to be a nameless hunter with the power of God and anime on your side to make you “the best hunter” that is sent out to deal with the big problems that no one else can handle, while this is not bad it’s not also very memorable.

Monster Hunter Stories 2 takes a hard turn from this sort of storytelling and goes all-in on its RPG influences. You start off as the grandchild of a great hero named Red (you know he is a great hero because someone tells you he is a great hero every few seconds in the game ), who had disappeared whilst on a quest to save the world. The game then follows your journey into becoming a monstie (yeah monsters are monsties now, deal with it I guess) rider and venturing out into the world to solve a great mystery that has potentially world-ending consequences.

You set out to discover the cause behind all of the Rathalos disappearing, during which you are entrusted with a special Rathalos egg by one of Reds old companions, which later hatches into a wingless Rathalos that is supposedly destined to destroy the world
The story hits powerful themes about friendship, redemption, and loss as you journey the land whilst being constantly hunted as you fight to clear your new monsties name whilst trying to save the world.

Monster Hunter and Pokémon both center around collecting monsters, but this is where the similarities end. In monster hunter you don’t catch the monsters you hunt, rather you use them to make weapons and armor ( yes it’s a bit darker than the fainting pokemon we are used to) to get new monsties you must venture into monster dens to find eggs and hatch them.

The game has an intricate level-up system that allows you to take genes from monsties and implant them in others to create the perfect monstie to match your style, this system incentives monstie farming and acts as a great way to keep players engaged in the endgame.

Stories 2 also has one of the best battle systems ever made that somehow perfectly translates the traditional monster hunter experienced into this new turn-based format. Players are given the choice of three types of core attacks that follow a rock paper scissor system and a whole host of skills depending on the weapon chosen, the player must then learn and predict the monstie attack patterns to counter and win the fight.

You are joined in the fight by your monstie with its own special moves and an additional companion who provide an additional layer of complexity to the battle. This is just scratching the surface there are a lot more hidden under this deceptively simple-looking system, one of these is unique kinship moves that look like planet-busting super moves from Dragonball Z and need to be seen to be believed.

Why This Game Deserves Your Time

Respect is what sets Monster Hunter Stories 2 apart from the rest of the tamer genre. As a long-time fan of taming games ever since I played Pokémon Fire Red on my Gameboy many many years ago, I had not realized just how badly the genre has stagnated and how little had changed in our 20 years.

Monster Hunter Stories 2 has changed that for me and I hope it will do the same for many other fans as well. Coming back to the topic at hand; here is are 3 ways that MHS2 shows the player respect.

Monster Hunter Stories 2 might have just come out but its story is far from finished, Capcom has announced a long roadmap with loads of additional content that will keep this game feeling fresh for a while. We hope that other games in the genre take the lessons thought by MHS2 to heart and get inspired to innovate as well.

To conclude, Monster Hunter Stories 2 is a triumph of game design and passion that respects the player and itself enough to take bold risks that almost always paid off.

If you are a fan of monster tamers/turn-based RPGs you should give this game a try, use our affiliate links at Shopee and Lazada to help us bring you the latest news on all things tech and gaming!