Glorious GMMK 100% Review: A Hidden Gem Of A Mechanical Keyboard

How To Install Cherry MX Mechanical Keyboard on Huawei Smartphones 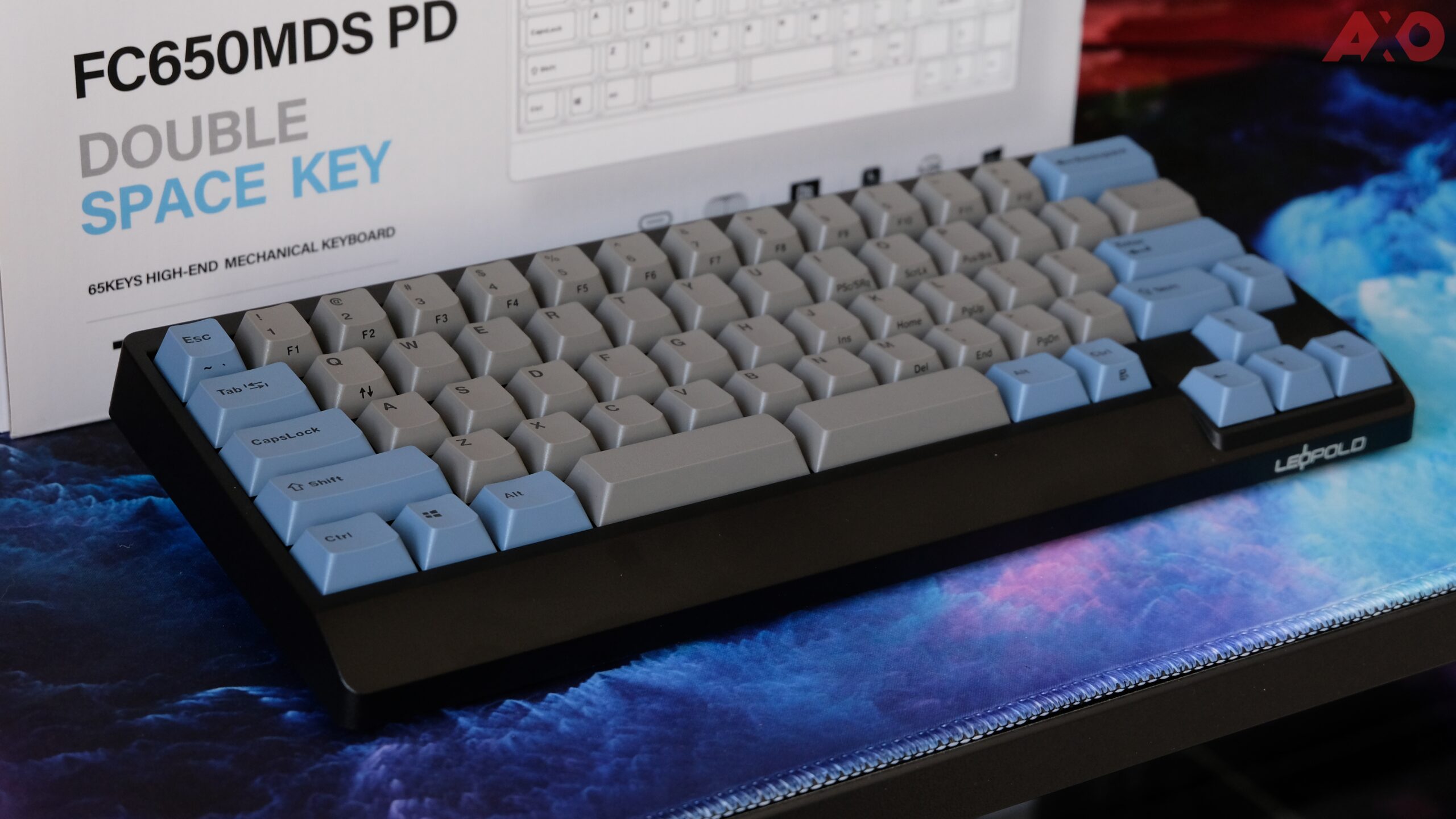 The Leopold FC650MDS PD is a rather unique mechanical keyboard with a special 65% double spacebar layout. It’s not new in the mechanical keyboard scene, but new for Leopold and pre-built keyboard manufacturers. Featuring Cherry MX switches, the board now also has sound absorbing pad fitted right in for an enhanced typing experience. Before we test out how nicely the FC650MDS PD types, let’s check out the specs first, shall we?

The Leopold FC650MDS PD features a 65% size, using an ANSI layout. It has a total of 65 keys, but there’s a unique twist which is in the spacebar and the arrow cluster. The FN key has also been shifted to the right side of the right shift key. The arrow keys also has a special positioning where it is moved downwards, instead of being squeezed together with the right shift key, like how other 65% keyboard manufacturers do it.

The double spacebar layout isn’t something new on mechanical keyboards, but it’s going to seem new to someone who hasn’t seen or used one. There are a few benefits of having two spacebars instead of one long one. First, the additional spacebar key can act as a key modifier to press different combinations for different key functions. Second, the spacebar would have less rattle because the stabilizer’s balance doesn’t need to tread too far.

On the top right, there are three LEDs (green) to highlight when caps lock, num lock, and screen lock is on, with the USB Type-C port adjacent to it. On the bottom, there’s a set of dip switches, accompanied with a few rubber feet, and the adjustable feet for typing height adjustment (~5 – 7-degree).

Within the keyboard, Leopold also included a sound absorbing pad to further improve the keyboard typing sound, and remove any hollow sounds from typing. This is usually an aftermarket mod that users would need to do on their own to get better typing experience. But, it’s nice that keyboard manufacturers are starting to take this into the production process and make it easier for the end user.

The Leopold FC650MDS PD does not have RGB backlighting, so this keyboard may not be as user-friendly if you’re working in the dark.

The Leopold FC650MDS PD comes with a 1.5m USB Type-C cable, which is detachable. This makes it great because you can easily change or transport the keyboard whenever you’d like. The cable does feel of high quality, even though it’s not braided. But the main takeaway here is that Leopold has finally started using USB Type-C connection for its keyboard, instead of miniUSB ports.

The Leopold FC650MDS PD uses PBT doubleshot keycaps that are decked in black legends on grey keycaps, while the modifiers are draped in light blue. These keycaps feel really solid, and they provide just the right amount of grip. Not too grippy that it’s hard for me to move in between keys, not too slippery that I mistype words. They are indeed resistant to oil and smudges, and after weeks of using them, still no shine or signs of legends fading.

The function row keys have been embedded into the number row via the FN key, with the legends being side printed on the front of the keycaps.

Do note that while these keycaps can be replaced and swapped out since it uses Cherry MX mechanical switches with Cherry stems, you will need to remember/memorize where each function key is placed as your new keycap set may not have the relevant functions printed.

When it comes to switches, the Leopold FC650MDS PD has an option of Cherry MX switches, and unfortunately, the board does not support hotswap capabilities. So when you’re purchasing the keyboard, be sure to choose the right switches. Our unit came with the Cherry MX Speed Silver switches, and they’re actually pretty fun to type on. They’re lighter than Cherry MX reds, and they somehow feel smoother too. In terms of wobble, there’s more wobble on the N/S direction, as compared to the E/W direction.

Because the Leopold FC650MDS PD does have a layer of sound absorbing pad, the typing sounds on this keyboard does come off more thocky. Each keypress sounds nice, and the stabilizers all do not have any rattle or pinging. Keypresses are firm, with a nice satisfying little “thocc” when you bottom out. It isn’t too loud, and has the right amount of clack to not disturb the WFH or office environment.

So far during my time with the Leopold FC650MDS PD, the typing experience has been surprisingly decent. The keys are stable, keycaps are nice to type on, though the FN key did need some getting used to. The double spacebar layout is actually more natural, and it makes you think if standard long spacebar designs are still necessary.

But personally, I wish Leopold would’ve moved the arrow cluster to the right instead of clumping it below the right shift key. My right palm constantly gets in the way of typing (pressing on the left arrow key), and I have to get used to shifting my hands so it doesn’t happen.

Also, I noticed there is no specific delete key, but you can access it by pressing FN + M key. With the FN key right beside the right shift key, it’s quite natural and ergonomic for my hands to press those FN key combinations.

After using it for a couple of weeks, I’d say the Leopold FC650MDS PD is an amazing no-fuss keyboard. If you want a pre-built mechanical keyboard, that has some of the features usually found in custom mechanical keyboards – double spacebar, 65% layout, sound absorbing pad – then the FC650MDS PD is the keyboard for you. The switches are fast, it sounds great, it uses detachable USB Type-C, and the keycaps are comfortable to type on.

Sure, there isn’t RGB backlighting or wireless connectivity modes. But what you want from a keyboard like this is the superior typing experience, and that’s exactly what you’re getting. Plug and play, that’s all you need anyway.

In this article:Keyboard, Leopold, Review

The Logitech MX Mechanical is the company’s first mechanical keyboard released in the MX Master office-focused lineup. What was thought to be a “gaming”...

The Logitech MX Master 3S is the third iteration in the MX Master series of the company’s lineup of productivity focused mices. It’s earned...