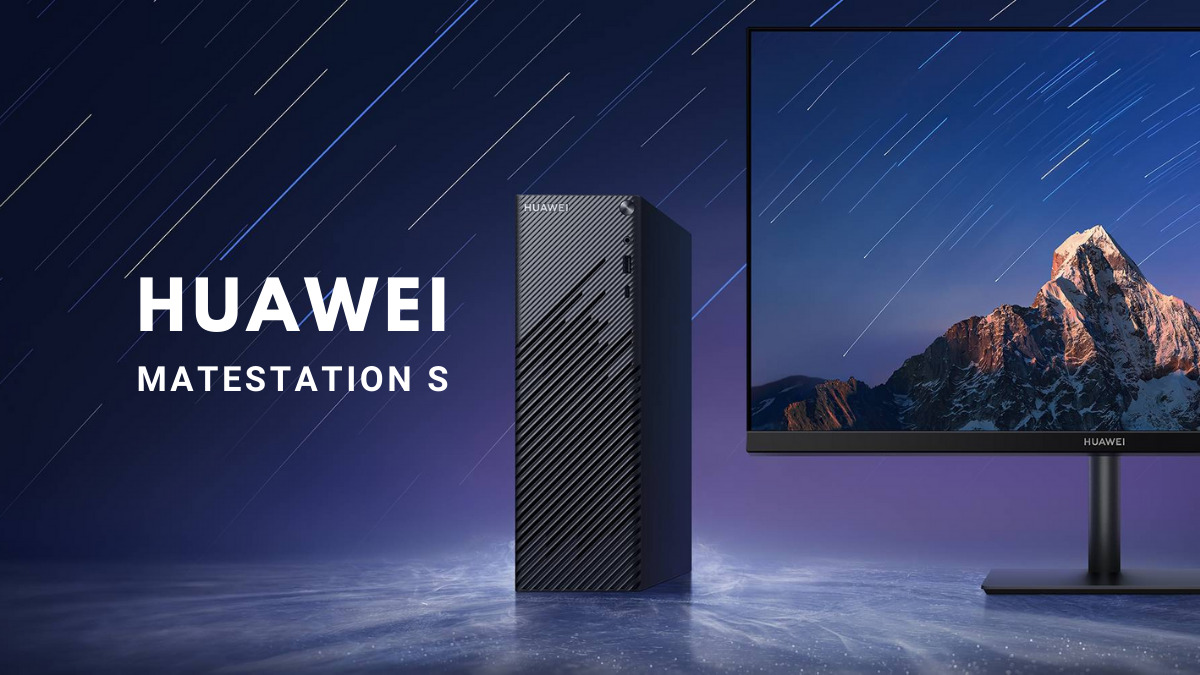 Huawei today announced the Huawei MateStation S, which is the company’s first ever desktop PC powered by AMD Ryzen 4000 series processor. Announced alongside the MateStation S is the Huawei MatePad 10.4 tablet. Both these devices will be available starting from the 20th of March 2021, 10.08AM.

The Huawei MateStation S is powered by an AMD Ryzen 5 4600G chip, paired with the integrated Radeon Graphics solution. There is no dedicated graphics onboard, but you can purchase the bundled Huawei Display 23.8-inch FHD AD80 monitor with slim bezels. The compact form factor desktop also has two DDR4 SO-DIMM slots with 8GB of 3,200MHz RAM, as well as dual M.2 PCIe x4 SSD slots with 256GB storage per slot.

When it comes to wireless networking, the Huawei MateStation S has dual-band Wi-Fi 5, and Bluetooth 5.0. There is no NFC present. The entire desktop setup weighs about 4.2KG. The wired keyboard for the MateStation S even has a fingerprint sensor built-in, which is something new offered on the table. That’s not all, the right shift key has an NFC chip embedded so you can tap your Huawei devices on it, to allow for multi-screen collaboration features!

Connectivity wise, the Huawei MatePad 10.4 features Wi-Fi 6 connectivity, as well as Bluetooth 5.1. There is a 7,250mAh battery onboard, keeping the device juiced up via USB Type-C port.

The Huawei MateStation S will be priced at RM2,488 for the desktop PC only, and RM2,999 when bundled with the Huawei Display 23.8 AD80 monitor. It will be available starting on the 20th of March 2021, at 10.08AM. For those who purchase the desktop PC only, you will only receive the entertainment gift package. However, if you purchase the monitor bundle, you will receive the CD32 Huawei keyboard, CD22 Huawei Mouse, Huawei Gift Set, and an extended 1-year warranty.

As for the Huawei MatePad 10.4, it is priced at RM1,499 and will be available alongside the MateStation S on the 20th of March 2021. That being said, pre-order for the tablet begins today and will end on the 19th of March 2021. Those who pre-order will receive a keyboard case, an entertainment gift package, and a three-month subscription to Huawei Video.

In this article:Desktop, huawei, PC

Huawei has collaborated with Maxis and Digi in offering a line-up of exciting deals for all fellow Malaysians.   The Huawei Mate50 series will...

Huawei kicks off its 11.11 One Day Big Sales this November! If you are eyeing IT gadgets, your wallet will thank you for this...