HONOR Malaysia Celebrates its 6th Anniversary with Deals for Everyone! 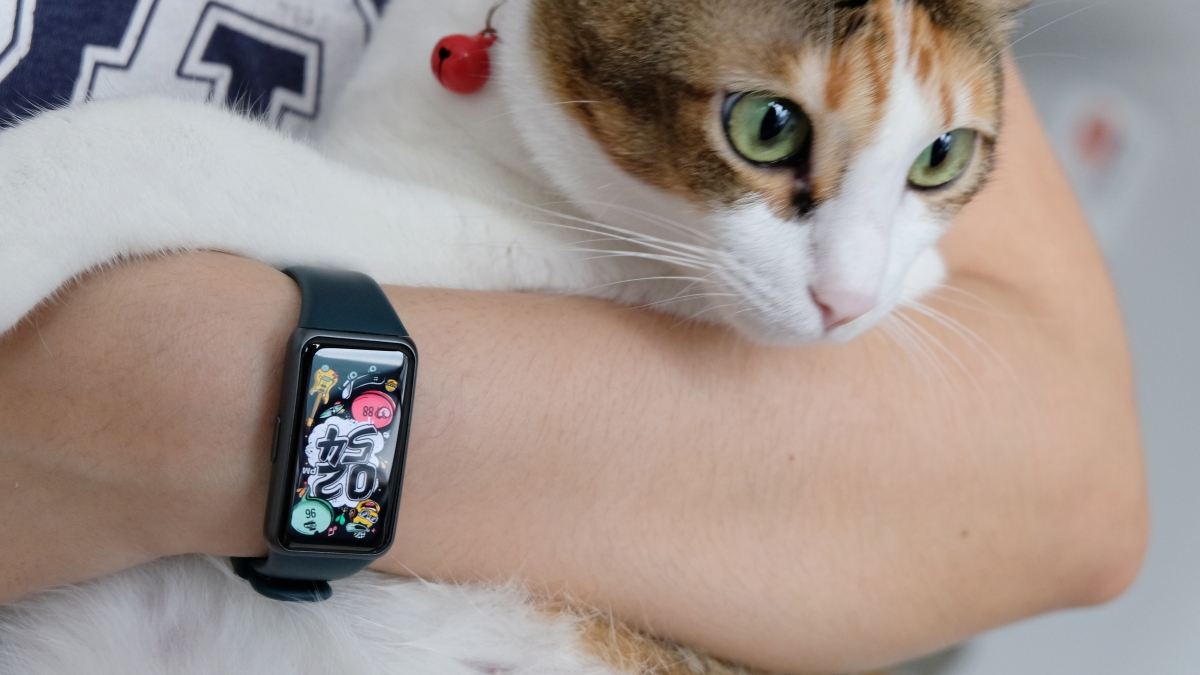 The Huawei Band 6 is the latest wearable to be launched by Huawei, and this time, it features a design that’s a little different compared to the usual Huawei Band series. On top of just aesthetic changes, the new Band 6 now covers 96 workout modes, larger 1.47-inch OLED display, and also SpO2 blood oxygen level monitoring.

The Huawei Band 6 is made for those with an active lifestyle, so it has design cues that are catered to these group of users. It features a 1.47-inch AMOLED display which not only offers vivid colours, also helps prolong battery life. Encasing the display is a matte metallic finish aluminium casing, with hypoallergenic straps that are protective of even the most sensitive of skins.

The strap feels just the right width, and it’s comfortable, but I don’t like the belt loop too much. The belt loop has a nub to fasten it into the strap’s holes. However, the nub is so secure that when you want to take it off, you’ll have a hard time doing so. On the bright side, the watch is never coming off your wrist regardless of what activity you’re doing.

On the bottom of the Huawei Band 6, you will find the magnetic touch points for charging, as well as the main heart rate sensor. On the right side of the Band 6 is the power and back button that assists in navigating through the watch.

The Huawei Band 6 is very comfortable because I’m not a fan of big circular watchfaces. It’s essentially a thinner, narrower version of the Huawei Watch Fit, and that’s great because it doesn’t hurt my wrist when I bend it.

To have a comfortable fit, you need to have the right adjustment on the strap. The amount of holes on the Band 6’s strap is sufficient for detailed adjustment. But as mentioned above, putting on the Band 6 is easy, taking it off is the hard part.

The AMOLED display on the Huawei Band 6 is impressive. It’s bright, the colours pop, but sometimes a little too much. That’s not the fault of the display though, but more of the sensors. So, being a smart band, it supports “lift to wake”, where if you lift your hands to check the device, the display will automatically “wake up”. But because the sensor is so aggressive, every little flick would turn the display on. So even in a totally dark when I’m about to sleep, I raise/reposition my hand a little, my face is embraced with the holy light that is emitted from the Huawei Band 6’s display.

Don’t get me wrong, the display works great during daylight. Outdoor readability is great, and the texts are clear too. It’s just the sensor could use a little work, maybe having the sensitivity reduced a little.

There are a total up to 96 workout modes, with up to 11 professional sports modes to prompt you to be more versatile and adaptable in your exercise routine. It also has breathing exercises built directly into the Band 6 to guide you through a couple of breathing exercises, where the duration and intensity is totally up to you.

Where hardware is concerned, the Huawei Band 6 features an accelerometer, gyroscope, and even an optical heart rate sensor for accurate tracking. However, what’s missing is a built-in GPS sensor. The good thing, is that your battery won’t take so much of a hit. The bad thing, is that you’ll need to bring your phone with you during your run or cycling sessions if you want to have location info tagged with your fitness data.

Tracking wise, it’s pretty accurate and I have no complaints so far. The sleep tracking is somewhat accurate with my own measurement of sleep time. As for heart rate, it’s similar to the readings I’d find on the Huawei Watch Fit, and the Nintendo Joycons after a round of Ringfit Adventures.

The Huawei Band 6 isn’t just a smart fitness tracker, but a mini smartwatch in disguise too. On top of health monitoring, the band also has several smartwatch features like music control, text and call notifications, setting alarms and stopwatch, being used as a flashlight, and more. It’s these little things that add so much more value to the Band 6, and make it more than just a fitness tracker.

When it comes to customization, the watchface is pretty much the only thing you can customize on it. You can choose from the ones available in the watch face store on the Huawei Health app, or you can create your own with images from your gallery. The screen has just the right size, and images look great on the display. As for the choice of watch faces, there aren’t a lot of pretty ones, and the ones that show the info you need does feel a little cluttered.

You can even use the Huawei Band 6 to locate your phone. Just use the Find Phone feature, and it will make your phone ring to help you find it. If you ever thought of bringing it swimming, the Band 6 is 5 ATM water-resistant, so you can bring it to the pool, no problem.

According to Huawei, the Band 6 is supposed to have a 14-day battery life. But during our testing, it’s closer to around 11 days of battery life on a single full charge. That’s still great because that means you don’t need to fumble around with the charging cable every night.

Charging the Huawei Band 6 is pretty easy, just connect the two pogo pins at the bottom to the charger, and you’re good to go. From zero to full, it takes about 30 minutes, which is really fast. But do note that this charger is dedicated, so if you lose it, you’ll need to purchase an original new one from Huawei, and there are no 3rd party options available in the market.

The Huawei Band 6 blurs the line between a fitness tracker and a smartwatch, having so many of the same features you’d find in a more expensive smartwatch from the same brand.

By paying the price of a smart band, you’re getting so much more value thanks to the large AMOLED display, versatile fitness tracking features, and long battery life. If you’re a newbie to fitness trackers or smartwatches in general, the Huawei Band 6 is a great product to start with.

In this article:Fitness, huawei, Smart Band

Huawei has collaborated with Maxis and Digi in offering a line-up of exciting deals for all fellow Malaysians.   The Huawei Mate50 series will...

Huawei kicks off its 11.11 One Day Big Sales this November! If you are eyeing IT gadgets, your wallet will thank you for this...