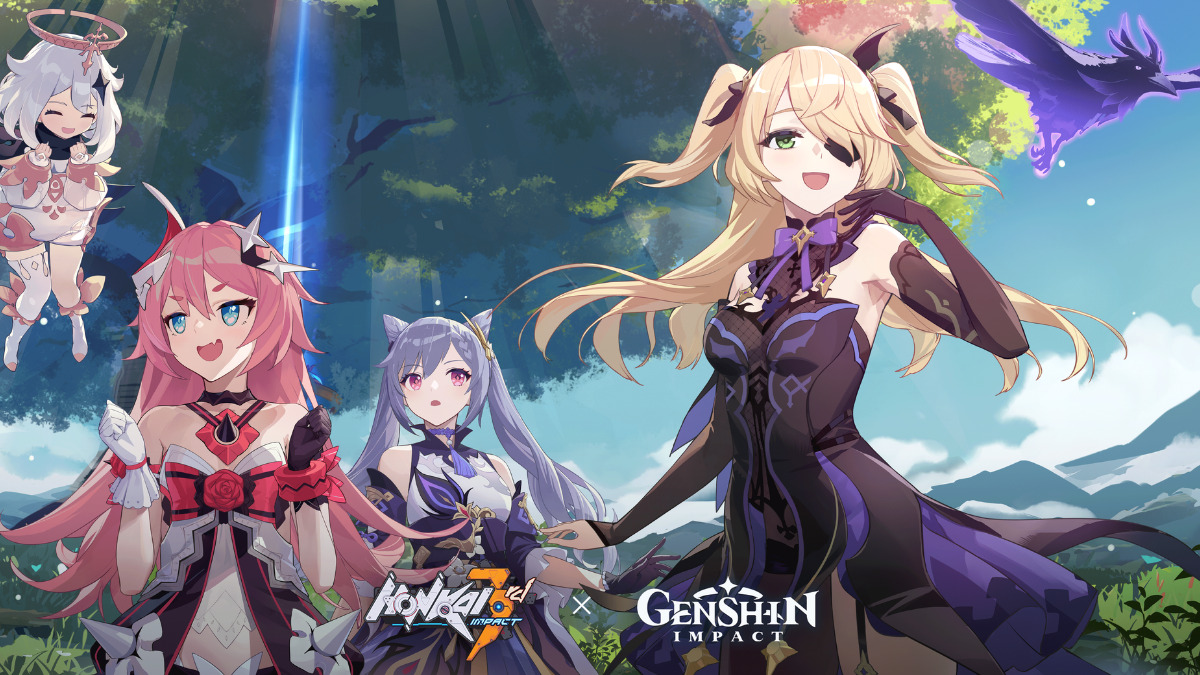 Honkai Impact 3rd is set in a modern world corrupted by the mysterious energy known as [Honkai]. Lead a fledgling resistance of [Valkyries], brave girls carrying anti-Honkai genome, against the spreading Honkai disaster to protect all that is beautiful in the world. Since late 2019, Honkai Impact 3rd has been made playable on PC with cross-platform play support everywhere, drawing more players to the acclaimed experience.

Genshin Impact, an open-world action-adventure game created by the same company, was released for multiple platforms worldwide simultaneously on September 28, 2020. Players will assume the role of a Traveler who treks through the vast magical land of Teyvat in search of their lost sibling. During their adventures, they will meet a diverse cast of characters, defeat enemies of epic proportions, and delve deeper into the mysteries of Genshin.

Aside from Fischl, another popular character Keqing from Genshin Impact will also appear in the crossover story as the guide. She will be a special guest character that can be fully controlled in specific story battles on top of supporting players in the story. The crossover outfit for Theresa will be obtainable in-game.

The Honkai Impact 3rd X Genshin Impact crossover will be featured by v4.9 on iOS, Android, and PC, and more details will be revealed soon. For more news on Honkai Impact 3rd or this crossover, please visit our official site: or follow @HonkaiImpact3rd on Twitter, Instagram, and Facebook.