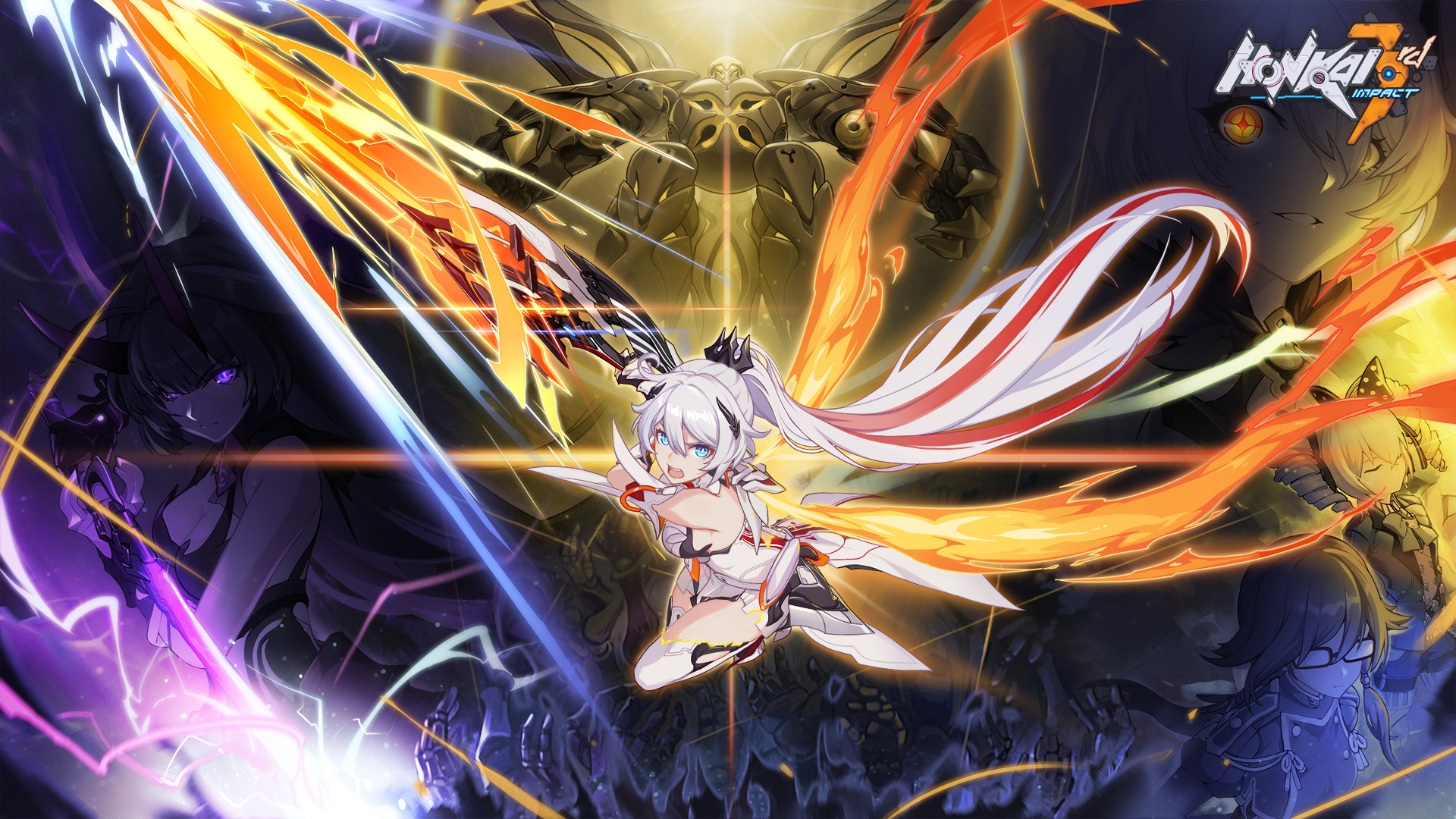 Honkai Impact 3rd is set in a modern world corrupted by mysterious energy known as [Honkai]. When world is enveloped in endless dark nights, leads a tenacious resistance of [Valkyries], known as brave girls carrying anti-Honkai genome, against the spreading Honkai disaster to fight for everything that is beautiful in this world.

In the latest animated short [Everlasting Flames], Kiana, the protagonist and the first default character of the game, has transformed into Herrscher of Flamescion. Himeko, who was Kiana’s mentor and a true rebel that defied the gods as a mortal, has completed her final lesson. Having inherited her will and blossomed into a true Valkyrie, Kiana obliterates the darkness with the everlasting flames.

The new S-Rank battlesuit [Herrscher of Flamescion] sports a ponytail and a fiery cape, but her ocean blue eyes are unmistakably Kiana’s and are also reminiscent of the queen. Herrscher of Flamescion supports aerial combat, allowing Kiana to unleash sword waves in midair. In Herrscher mode, Kiana will draw out a burning greatsword that leaves a trail of fire after every swing, creating visual wonders.

v5.0 introduces the new roguelike activity [Elysian Realm]. Players will explore the distinctive backstories of eight Flame-Chasers with them. Gameplay-wise, Flame-Chasers each possess unique support skills that will drastically alter how Valkyries fight. Players can interact with their favorite Flame-Chasers and build their original playstyle. Unsurprisingly, this activity offers tons of Crystals and materials!

Time-limited summer events are also part of the v5.0 update. Enjoy this summer like no other with Valkyries by the sea! Summer wardrobe essentials will be released later on! Players can purchase Stygian Nymph’s outfit [Stygian Seafoam] with tokens rewarded by challenge missions and pull Herrscher of Sentience’s outfit [Ooh! Summer!] from a special Outfit Supply.

Additionally, players can claim Divine Prayer’s outfit [Sea & Breeze], Valkyrie Gloria, and an event stigma for free by logging in 7 days. v5.0 [Inherit the Flame] will be released on iOS, Android, and PC on August 12, 2021. Do not miss out on the new battlesuit, outfits, events, free Crystals and rare materials!