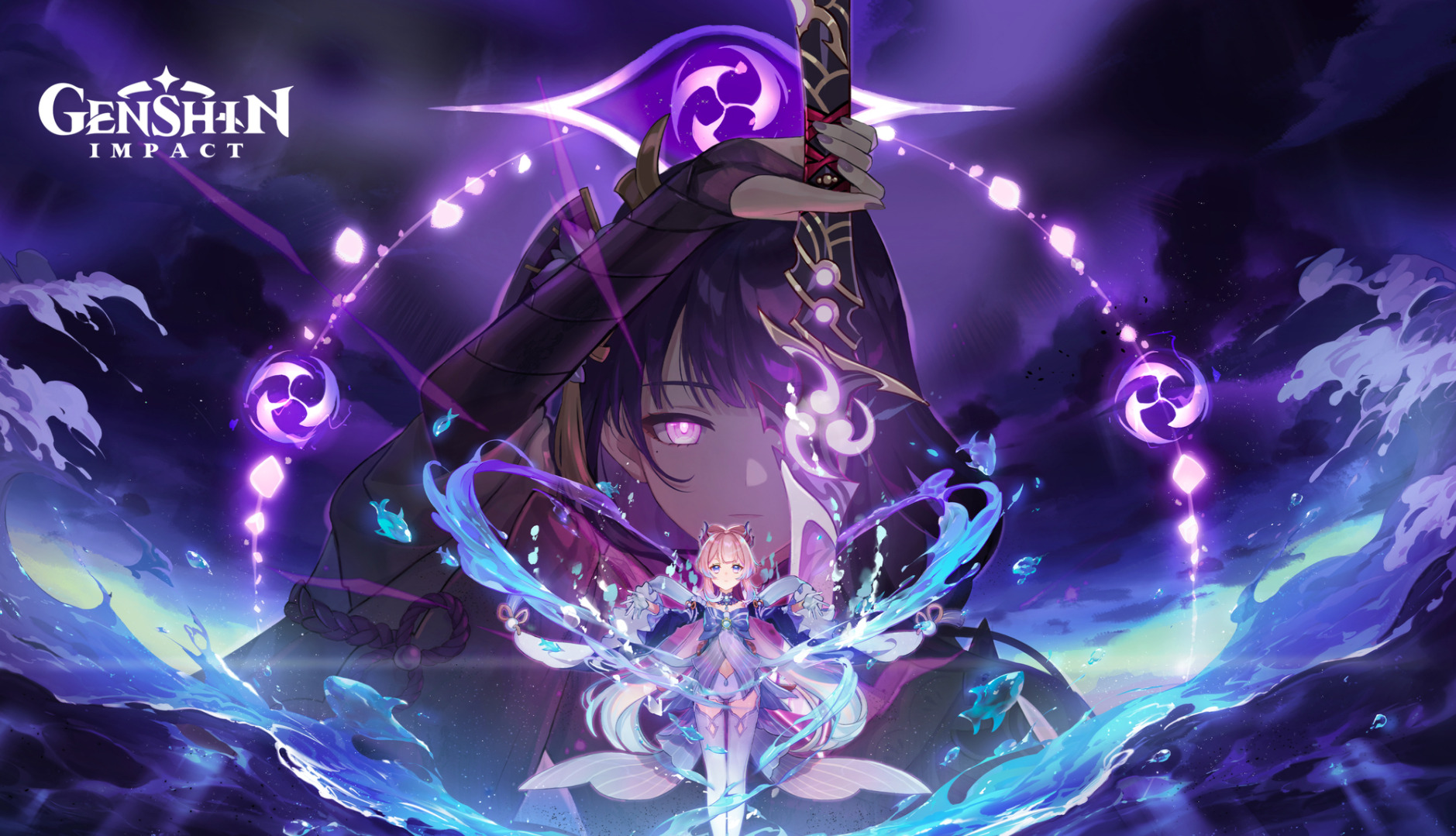 In the Genshin Impact 2.1 Anniversary update, players will be able to travel to two new areas, which are the Coral Island and Watatsumi Island. Of course, this means new treasures, new Electroculus, and new areas to explore.

The story continues with Baal’s Archon Quest: Chapter II, Act III – Omnipresence Over Mortals, where we see what unravels between the Raiden Shogun, the Traveler, and the resistance. Scaramouche also appears in the stream, and it is reported that when players finish this part of the story, they’ll find out the true origins of Scaramouche.

Apart from that, there will also be the story quests for Baal and Kokomi that will be released in Genshin Impact 2.1 Anniversary Update.

Baal is the Raiden Shogun, Electro Archon of the land of Inazuma. She is a 5-star Electro character who is a polearm user. With her “Vision Hunt Decree”, she’s seeking out those with Visions, and stripping them off of them, allowing the flow of her idea of “Eternity”.

Sangonomiya Kokomi is a 5-star Hydro character who is a Catalyst user. She is also the resistance leader going up against the Raiden Shogun and her pursuit of “Eternity”.

Kujou Sara is a 4-star Electro character who uses a bow as her weapon of choice. She is the right-hand woman of the Raiden Shogun.

Aloy is a 5-star Cryo character who uses a bow as her main weapon of choice. She is the result of Mihoyo’s collaboration with Sony. Starting from Version 2.1, the first crossover character “Savior From Another World” Aloy will be joining as a free five-star character. Players who have reached Adventure Rank 20 or above can receive her either during Version 2.1 on PlayStation® or during Version 2.2 on all platforms.

La Signora is the 7th member of the Fatui Harbingers, hailing from Snezhnaya. She will be the new weekly boss, being a cryo character at first sight, but later turning into a Pyro character instead. She will also drop the character and talent ascension material needed for the new characters from Inazuma. E.g. Raiden Shogun and more.

From completing the new events, players can receive a total of 2,270 Primogems, as well as 10 Intertwined Fates, along with a reset of the Genesis Crystals top-up reward.

Outside Inazuma, the Moonchase Festival is coming in the following season. This is a time when friends and families in Liyue gather around, make a toast, and enjoy local delicacies every autumn. During the festival, players will reunite with Keqing and Xiangling, cooking and tasting local foods and recipes, and explore the origins of this ancient traditional festival in Liyue Harbor. Those who’re fond of treasures will be glad to embark on a big treasure hunt across Liyue, Mondstadt, and Dragonspine in the Moonlight Seeker event. By participating, players can get rewards and exchange for useful resources, including the new four-star claymore Luxurious Sea-Lord to max refinement. In addition, players may also claim in-game rewards and up to 10 Intertwined Fate in the new daily login event.

Fishing will also be introduced with Version 2.1. Players can soon go angling for a variety of fishes across the continent of Teyvat, and they can be used to produce fish meat, or exchanged for rewards and new fishing rods from the Fishing Association. With the Pool of Sapphire Grace, a new furnishing added to the Serenitea Pot system, players can also raise Ornamental Fish in their personal realm.

With the introduction of the Fishing System, there is also the Lunar Realm event, where players can take on fishing challenges to earn prizes, with the ultimate one being the Lunar Leviathan fishing rod.

In Spectral Secrets, players will need to go on expeditions to find and interact with different elemental statues to earn points.

In the latest update for the Serenitea Pot, players can now rare their own fish as decoration in their own pond. This follows after the new fishing system introduced above. Apart from that, any multiple instances of the same furnishings in the same area, the second furnishing and above will have reduced load.

In this event, up to 2 players can join the battle and can take turns “Relay” in one battle. But if you go past the time limit, your attack powers will reduce greatly.

Genshin Concert is a special event that is only currently announced for China only, and there’s no news on whether this orchestral performance will make it outside of China. But, it is nice to see Mihoyo having this kind of musical performance.

In conjunction with the Genshin Impact 2.1 Anniversary Update, Baal and Kokomi will be the headline character banners moving forward. Baal will be debuting first alongside Sara Kujou, followed by Sangonomiya Kokomi in the second half of the 2.1 update.

Passage of Clouds and Stars

In conjunction with the 1st anniversary update of Genshin Impact 2.1, the Passage of Clouds and Stars will allow players to earn Primogems, mora, mystical enchantment ore, and Hero’s wits just by logging in. Apart from that, Genesis Crystal bonuses will be reset to have double rewards, as if it’s the first time purchasing them.

That’s all for the Genshin Impact 2.0 Update! Which are you most excited for? Personally, I’m excited to finally get to pull for Baal, and taking our first stab at La Signora. We’re also looking forward to Kujou Sara and Sangonomiya Kokomi! What about you, traveler? What do you think of the Anniversary Update for Genshin Impact? I’m sure there’s still some surprises that Mihoyo is keeping for when the update arrives. There’s still a bit of time to save up on some Primogems, so be sure to work harder leading up to Genshin Impact 2.1!