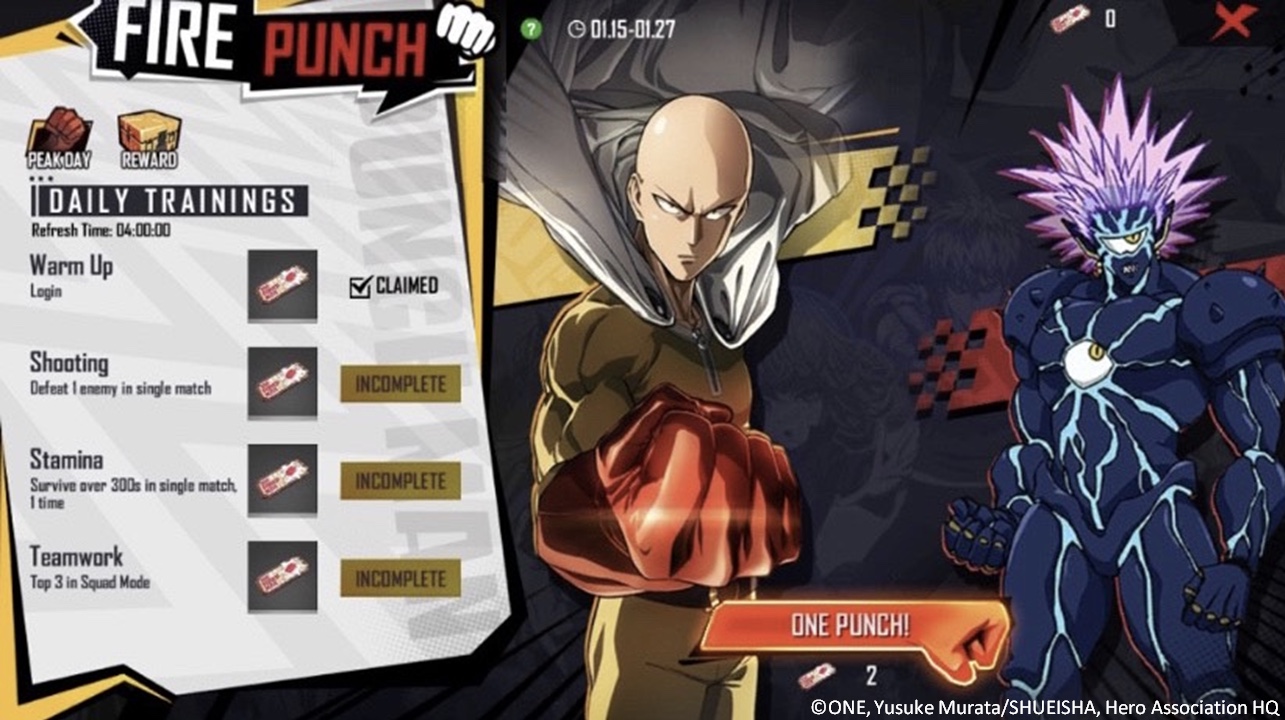 Today Garena announced the full details of its Free Fire X One Punch Man Crossover Event – “The Hero Trial”. The Mobile Battle Royale’s First Crossover Event For 2021 Will Unite One Of The World’s Most Popular Mobile Games With Its Most Powerful Hero.

Free Fire X One Punch Man crossover event called “The Hero Trial” will immerse players in a Free Fire universe filled with disaster and chaos – one crying out for heroes to come to the fore. Under the leadership of One-Punch Man heroes Saitama and Genos, players will be challenged to unleash their inner power and become heroes in their own rights!

Commencing on January 10, the Free Fire X One Punch Man event will offer plenty of One-Punch Man in-game content, including new reskins, costumes, and even a special event interface.

Players will experience the “The Hero Trial” event immediately upon entering the game. The main interface will undergo a special transformation on January 15 to reflect iconic One-Punch Man elements.

The Free Fire X One Punch Man experience will continue throughout the game, with easter eggs on spawn island and reskins of popular in-game elements such as the airdrops and airships.

Players will have access to a variety of One-Punch Man fashion items inspired by the series – to enable them to battle in style. These will include Saitama and Genos character costumes, backpack and Gloo Wall skins, as well as a “I’m Saitama” emote!

Players will also have access to two new weapon skins – the Megapunch M1887 and M4A1.

What’s more, players who login on January 23 will get a free Saitama Loot Box!

From January 15, Saitama will be holding special training sessions that will offer players the chance to earn exciting rewards. Each training session will task players to defeat monsters; they will drop boxes in three tiers of rarity once they have been vanquished. The higher the tier of rarity, the higher the rarity of the item!

But not just anyone can be a disciple of Saitama. Players will need to earn the right by collecting One-Punch Man Tickets from in-game map drops and by completing the daily missions. Only then will they be worthy to be trained by the strongest hero himself.

Earn additional rewards in the Path to Hero web event

The Path to Hero web event will offer players even more opportunities to earn cool rewards. Taking place from January 16 to 27, the web event will send players down the hero path filled with both monsters and treasure boxes. Each treasure box will give players tokens that can be exchanged for exciting rewards in the redemption store. Players will need to earn exploration tokens by completing daily missions.

For the latest on the Free Fire x One-Punch Man partnership, follow us on:

In this article:free fire, mobile game 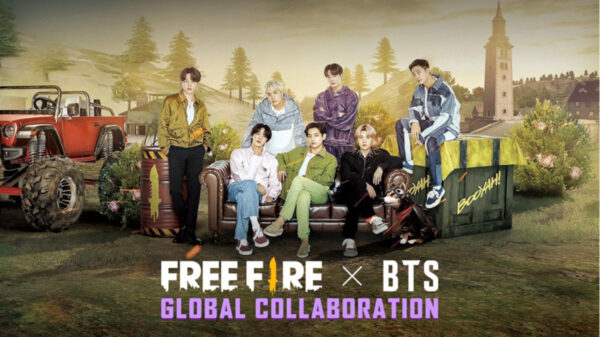 Garena has announced BTS as Free Fire’s latest global brand ambassador. The collaboration will see one of the most streamed artists worldwide enter the... 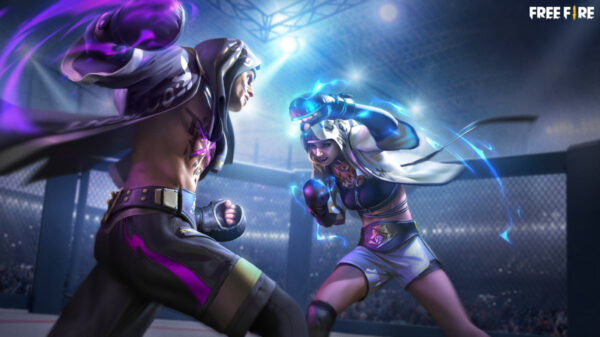 Step into the fighting ring for Free Fire K.O. Night

Free Fire K.O. Night invites Survivors to get their gloves on and step into the fighting ring for the game’s latest major event. The...