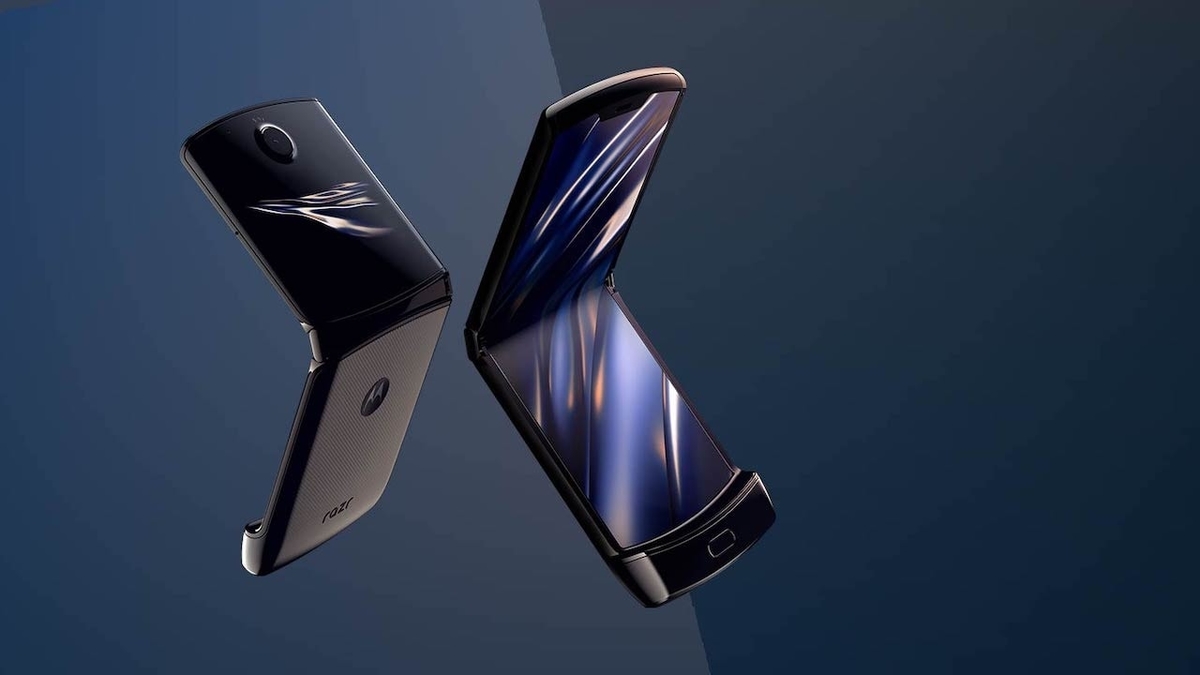 Do you remember the first time you saw a flexible display? The tech was unveiled some years ago and for many, it seemed so futuristic and out of reach at the time. It was surreal to see them bend next to the solid glass screens we have had for the last few decades, but here we are today, with flagship folding phones with actual flexible displays on store shelves for anyone to purchase.

It’s very easy to get lost in the hype because this is literally the future we were shown put before us as something real and even attainable (at least if you have a cool $1k to spend on a phone). But folding phones did not come out of anywhere, there is a history to these devices and it’s important to look at where this idea originated and how we got where we are now. To that end, let’s take a trip down memory lane.

The Rise And Fall Of The Flip Generation

Yeah ok, these are not the folding phones that you are thinking about, it was Motorola who brought out the StarTAC flip phone to market in 1996. This marked the start of a revolution not unlike that of the iPhone that would start the smartphone era about a decade later.

The StarTAC came out at a time when phones were bulky and utilitarian, this flip phone changed how phones were viewed because it was light, easily pocketable, and stylish for the time. The success of the StarTAC is what led to flip phones dominating the mobile market for most of the early 2000s.

During this golden age, we saw some true classics like the Motorola Razr come out, it was these devices that moved mobile phones from simple tech to fashion statements. Design and sleekness became just as important as functionality as the best phones had had to have both.

Flip phones did not go out of style because they were bad, it was simply technology catching up and moving past them. The emergence of a new kind of phone is what caused the popularity of the flip to fall, it was one that offered never before seen functionality and brand new design philosophy. The year was 2008 and a presentation by the late great Steve Jobs, the age of the smartphone truly kicked off.

Don’t Call It A Comeback

(But seriously though, it is absolutely a comeback and that subheading is kind of misleading, but as a writer, it was my one chance to sneak in some DMX lyrics into the article)

Flip phones went out of style because customer demand shifted over to bigger screen space and more varied functionality, things that flip phones had to sacrifice to attain their form factor, this all changed with the flexible display, now there was hope for a folding phone that did not compromise on screen size and functionality, rather some could even increase these beyond those possible with normal smartphones.

Many think that the Galaxy Fold was the first modern folding phone, however, that honor really goes to Chinese startup Royole with their FlexPai. However Samsung’s device overshadowed the FlexPai due to better marketing and hardware, today Royole’s contribution lies largely forgotten save for tech enthusiasts. The FlexPai might not have been a huge success but the idea of a foldable really took off, this can be seen as more and more manufacturers enter the market with their own twists on the foldable concept.

These were not without issues as the first-generation devices were often twice the price of a normal flagship and acted more like tech demos than real products, they were buggy, and quality control was more of a suggestion than a requirement. However, with each passing year, the products have seen great strides in design upgrades and usability enhancement.

Now we are at the third generation of foldable and with the devices finally around normal flagship prices, we are left with the question of why do we need them?

Foldables Are Important Even If They Aren’t Your Thing

Foldables are important, not because these devices might be good or bad, or whether they’re useful or not.

Rather, foldables are important because it is currently one the few new technologies seeing significant growth in the mobile tech industry. We have not had anything to really shake up the status quo for a long while and phones have been developing on a linear path from the original iPhone to the devices we see on the market today for more than a decade now.

These traditional devices are amazing but it’s become clear that the speed of innovation has sharply decreased in the smartphone market, everyone does the same thing and releases small iterative improvements year by year. This stagnation of the market can become catastrophic once smartphones hit the point where yearly upgrades stop being feasible due to newer innovations being harder and harder to come by.

Foldables are essential for the future of the mobile market because they introduce fresh problems and challenges for engineers to tackle and exciting products for manufacturers to showcase year by year.

So Are They Here To Stay?

Yes, we think so.

Folding phones are here to stay and they will keep on getting better and better until they supplant the traditional smartphone industry as they did to the original flip phones. This is because foldables offer the benefits of those flip phones without the downsides, as technology improves, the drawbacks of foldables will lessen.

We are already seeing massive improvements in hardware quality with the inclusion of water resistance and high reference displays on the latest devices (read our impressions of the latest Samsung Foldables here), and as these phones get better and cheaper with each generation, the lure of better portability or a substantially bigger screen will entice consumers to switch over to these new devices.

These new folding phones mark a transitional point in mobile technology, there will be growing pains during the first few generations as manufacturers figure out what works and what does not. But the future is looking bright for these new phones as each generation improves on the last. The important question that you should ask yourself is at what point would a foldable become more appealing to you over your current smartphone?