Disney+ Hotstar Officially Launching In Malaysia This June; Priced At RM54.90 For 3 Months 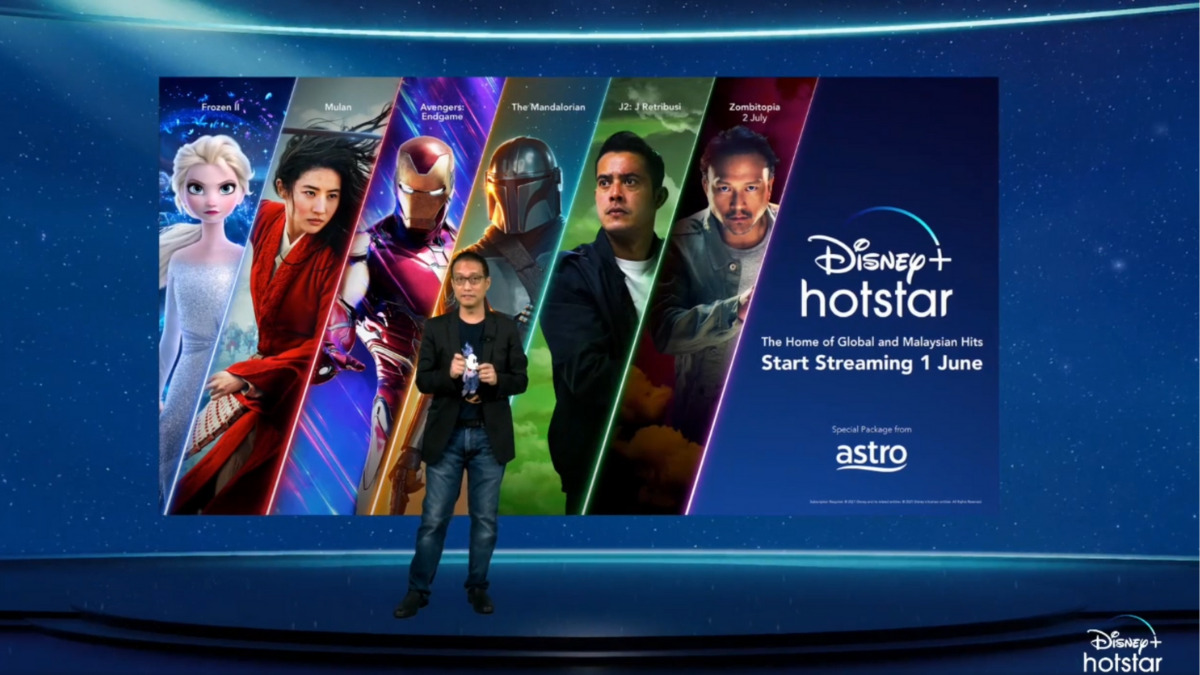 You read that right, Disney+ is officially launching in Malaysia, with streams officially starting in the month of June. The announcement was made during the Disney Media Day launch, where the company has announced that the content streaming service will arrive in the form of Disney+ Hotstar.

So, when will Disney Hotstar+ be officially launching? According to Walt Disney Co., it will begin streaming from the 1st of June onwards. Viewers will now have a new way of experiencing the well-loved content from the company’s most iconic entertainment brands, including Disney, Pixar, Marvel, Star Wars, National Geographic as well as a wide array of general entertainment series and films for young adult audiences, and homegrown and Asian hits — all in one place.

These multi-year agreements mean that Disney+ Hotstar will be the exclusive home to some of Malaysia’s most anticipated blockbusters, which will skip theatres and launch straight on the streaming service, such as J2: J Retribusi, the explosive action-packed sequel to the blockbuster J Revolusi, starring Zul Ariffin, Ashraf Sinclair and Amelia Henderson, Zombitopia starring Shaheizy Sam, Bront Palarae and Sharifah Amani, and Ada Hantu starring Hairul Azreen. Ejen Ali The Movie 2 will also stream exclusively on Disney+ Hotstar after its theatrical debut.

There will be a multitude of shows coming not just from Disney, but from local production houses as well. Viewers will have a selection of Malay, Hindi, Tamil, and even Chinese movies, but there didn’t seem to be any Korean content offerings shown during the livestream.

Select TV shows from TV3 and TV9 will be streamed up to 15 hours earlier on Disney+ than on their respective primetime TV.

From 1 June onwards, subscribers in Malaysia can enjoy:

As for the pricing, it will be priced at RM54.90 for three months, and there will also be a special package for Astro Movie Pack subscribers as well. The platform is available on both iOS and Android.

To learn more about Disney+ Hotstar, check out the official webpage here. Subscriptions have not started yet, and the website is still pretty bare. So we’ll have to wait a little bit longer for more details to be flourished.

Advertisement. Scroll to continue reading.
In this article: