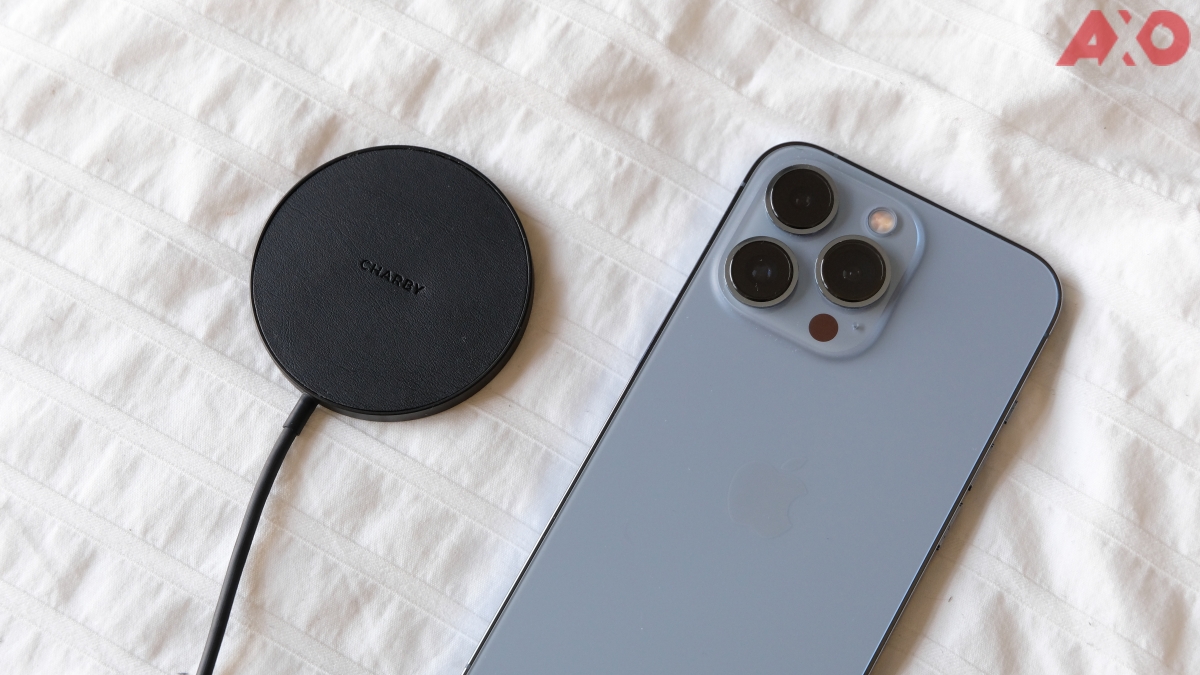 Charby Orbit is a series of accessories that brings the power of Magsafe to all devices that are Qi-enabled. Launched back in June this year, the company debuted on Kickstarter and in just 75 minutes, the campaign has already been fully funded and proceeded to development. Fast forward a few months later, products were ready to ship and here we are with this review of Charby’s Orbit series of products.

Thanks to the friendly team at Charby, we received a couple of samples to test out, and this includes the Orbit Wireless Charger, the thin Orbit Pad, Magsafe Metal Rings and the Orbit Ring Holder. We’ll get into what each of these products are in their respective sections. But first…

Orbit is Charby’s take on Apple’s MagSafe. Capitalizing on the company’s snap-on wireless charging and accessories system, the company wanted to bring the power of MagSafe to all Qi-enabled phones. That includes Android, and not just iPhones. Orbit adds MagSafe magnets to all Qi-enabled devices, but do note that wireless charging will only be available if your phone has Qi Wireless Charging. If it does not, you can still take advantage of using MagSafe’s magnetic accessories like the MagSafe wallet, ring holder, and more.

The Charby Orbit Wireless Charger is essentially the “upgraded” version of Apple’s own MagSafe charger. It is a 15W Qi charger that can charge all Qi-enabled phones, and has a stable charging speed too. According to Orbit, it charges 24% faster on the iPhone 12, and we’ve tested it on our own iPhone 13 Pro, and it does shave off about 20 minutes of charging time.

The Charby Orbit Wireless Charger works really well, and the magnets stick onto the phone firmly. No matter how you shake the phone trying to yank it off, it just won’t budge until you slide it off to the side to remove it. The charger is connected via a USB Type-C port, so you will need a charging adapter with a USB-C port.

The cable isn’t braided so there’s no extra protection, but the length is reasonable. The connector part on the charger doesn’t seem to have additional layers for cable breakage prevention. Still, it sticks firmly to the phone and the charging speed is fast, and that’s all that matters.

Bonus points that it comes in black, looking sleek and doesn’t stick out like a sore thumb like the white that Apple usually uses.

The Charby Orbit Pad is an interesting accessory to have, and this is mostly for older iPhone users and Android users as well. It’s a dual function pad that either adds MagSafe capabilities to your phone, or used as a wall mount.

We like that it’s thin, and it sticks onto the back of your phone or your phone’s case. But, evidently, it does add a little tiny bit of thickness to your device. If you’re not sure how it works, or how to install, check out this video from Charby here:

The pad itself has a nice soft touch to it, so it feels nice on the hands when your fingers touch it on the back of your phone. It allows you to snap-on MagSafe accessories from both Apple and Charby’s own set of MagSafe accessories. This includes the chargers, ring holder, orbit pad, car mount, desk stand, and more.

When using it as a wall mount, just be sure to clean the surface of your wall, stick the nanogel pad onto the Orbit Pad, and stick it onto the wall. Then, you’re free to mount your MagSafe or Charby Orbit enabled device onto the Orbit Pad.

It sticks nicely and securely thanks to the MagSafe magnets. It feels firm and I’ve never had the fear of the device dropping off. Okay, maybe during the start, but after that, I’ve gotten more confident in mounting my smartphones on the Orbit Pad.

For the MagSafe Metal Rings, these are a thinner solution but a slightly more permanent one. These stickers are meant to be stuck right onto your phone or casing, but with a thin layer of protective plastic in between. So, it does protect the chassis of your phone, and I’m glad Charby took this into account. All you need to do is stick them on, and you’re good to use your device with any MagSafe accessories. It comes in two colours, silver and black. But definitely black for us.

As for the Orbit Ring Holder, it’s exactly what its name implies. Just snap it onto the back of your device magnetically, and it will act as a ring holder as well as a phone stand. The ring is supremely firm and I’ve had no issues with it while holding the phone. It stands the phone nicely in both horizontal and landscape orientations, and the magnets held on strong. Good thing it comes in black as well.

The Charby Orbit series has been a pleasure to use, both on Apple and Android ecosystems. I’ve tried each and every accessory on the iPhone 13 Pro, iPhone 11 Pro Max, and the Asus Zenfone 8, and they all worked right off the bat. Working them is as easy as snapping on and off, changing accessories as you go, as and when they fit your need.

Charby Orbit also has a whole array of other MagSafe accessories that will work, as long as your phone has MagSafe or MagSafe enabled through Charby’s accessories. To check out the full collection, you can visit their official website here, or their official Shopee store here.

Special thanks to Charby for sending sample units of several of their Orbit series accessories for us to check out!