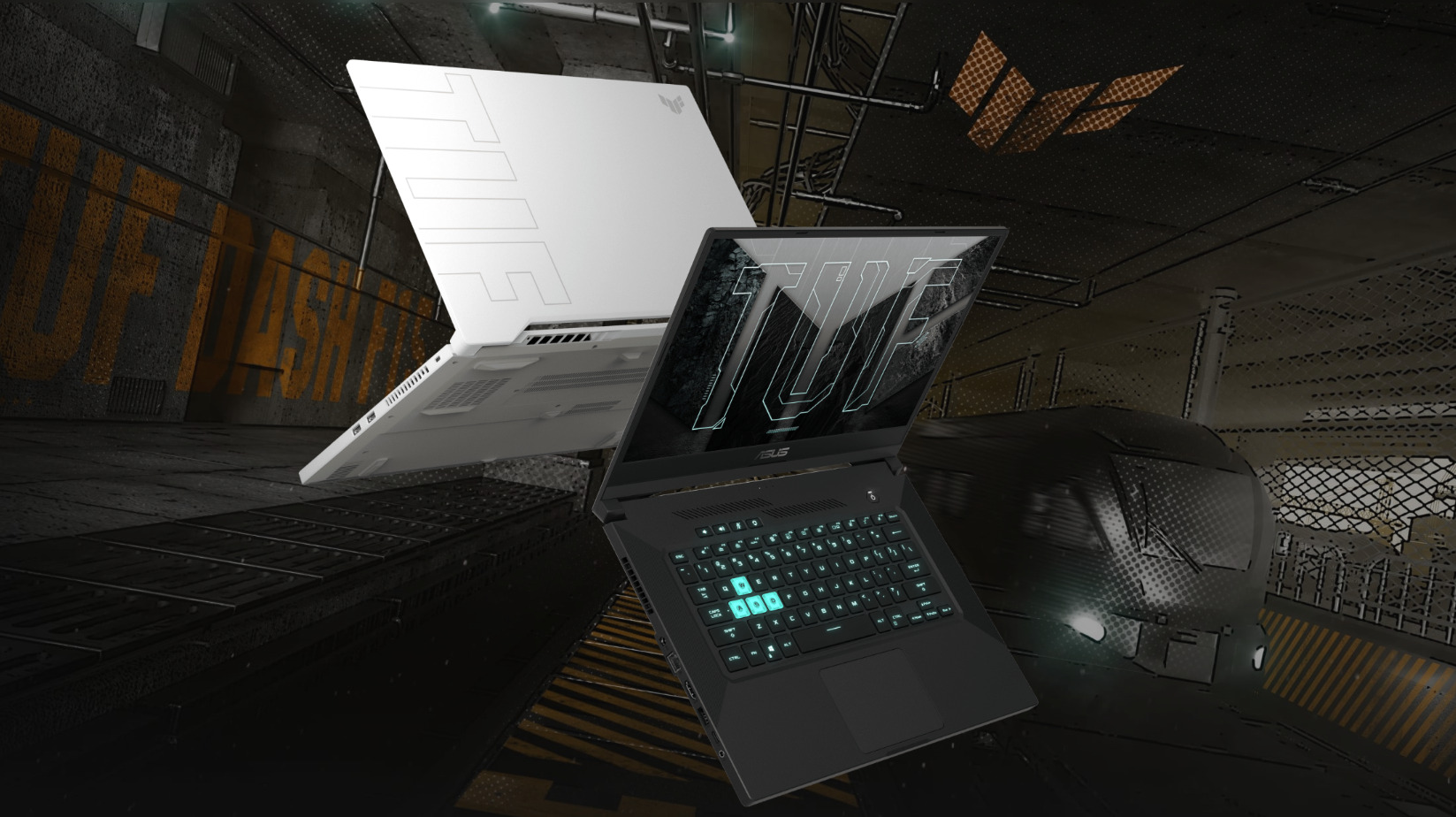 ASUS today announced that their TUF Dash F15 and TUF A15 gaming laptops will be arriving in Malaysia soon, complete with pricing details! These are the latest gaming laptops to be included in the TUF Gaming portfolio, powered by Nvidia GeForce RTX 30 series graphics. Not only do they boast more powerful hardware, but the TUF image has now received a new design overhaul, sporting a more minimalist design.

For the TUF A15, there are two variants available. Its design still retains the overall look from the current AMD Ryzen 4000-powered TUF Gaming A15, but it does receive the new logo. With the new TUF A15, you might lose the capability of using a 2.5-inch drive, but you do get a much larger battery rated at 90Whr. Performance wise, you’ll be getting a huge boost as it is now running on the new Zen 3-based AMD Ryzen 7 5800H processor, paired with either Nvidia GeForce RTX 3070 and RTX 3060 graphics.

The TUF Gaming Dash F15 is the latest and greatest to come out of the TUF portfolio, bearing a new logo coming fresh out of CES 2021. The laptop carries with it the portability DNA of the previous generation ROG Zephyrus G15, but retaining the affordable price the TUF Gaming lineup is known for. The laptop is also running Intel’s latest 11th gen Core H series processor, paired with Nvidia GeForce RTX 3070 graphics. To learn more about the laptop, check it out here.