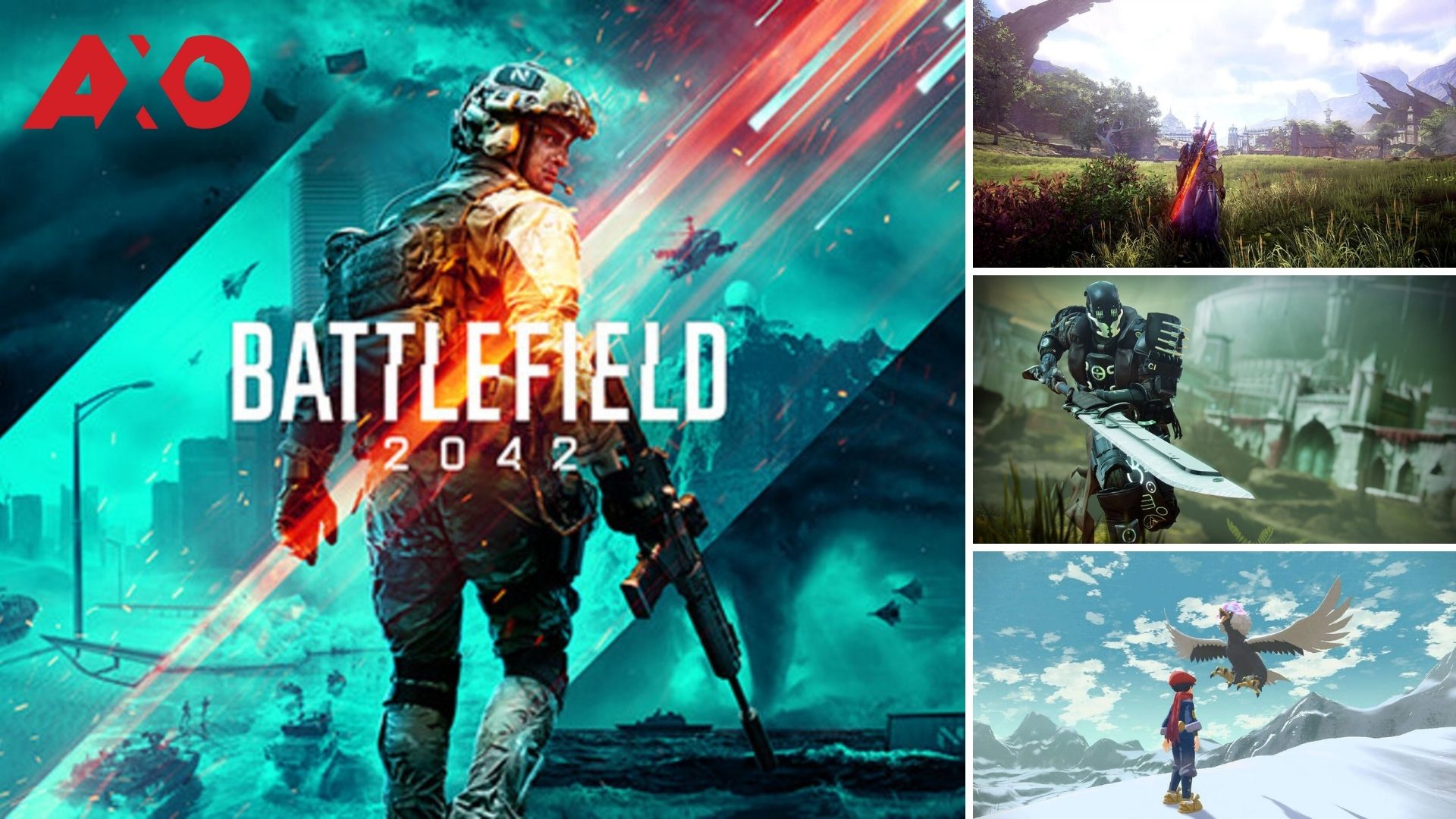 We hope your wallets are ready because this year’s (and next year as well) upcoming action games roaster is packed with awesome-looking titles that you do not want to miss. All these games are coming out relatively close to each other so trying to play them all won’t be cheap. Here are the games that we are most excited about here at The Axo!

After spending the last few years in historic world wars, the battlefield is coming back to the future! Battlefield 2042 is a spiritual successor (and prequel?) to Battlefield 2142 and it is looking to be one of the best in the franchise to date.

This game has battlefield fans hyped for the return to sandbox-style emergent action gameplay. Following the lukewarm reaction to battlefield V, Dice seems to redirect its focus on more player-driven organic gameplay and situations that the Battlefield franchise is famous for. This year’s battlefield is being marketed as one built-on player choice and interactive environment.

The game incorporates the best parts of all the past battlefield games, sometimes literally as the most popular parts of these games have been recreated as playable experiences in this one. This looks to be a reinvention of what a Battlefield game is and we for one are excited to see where the franchise is going!

Survival in Far Cry 2, Vengeance in Far Cry 3, Family in Far Cry 4, Duty in Far Cry 5, and finally Revolution in this Far Cry. The stakes are higher than ever as it’s a fight for freedom this time around. Far Cry 6 looks like a new twist on a familiar story as you are put in the shoes of Dani Rosa, a revolutionary trying to liberate their people from an oppressive dictator.

This time the series takes you to Yara, a beautiful Caribbean paradise under the thumb of tyranny. Fight for freedom your own way, with more weapons than any game in the franchise before, and even weirder animal sidekicks alongside you to make the journey as action-packed as possible!

Far Cry 6 looks to be yet another reinvention of a series that reinvents itself with each subsequent release, here is hoping the new additions to the Far Cry formula are good ones this time around.

Pokémon is the world’s most valuable media franchise with over a 100 billion in revenue. But you would not know it by the quality of pokemon games over the last decade. The games always sell well but with each year, fans are getting more and more fed up with the lack of innovation in the games.

Pokémon Legends: Arceus represents what could be a very crucial turning point for the franchise and its fans if done right. Taking Pokémon to the open world, Legends: Arceus looks to be a game that really lets you immerse yourself into the world of Pokémon as you explore the region without the usual boundaries and restrictions.

No more wild areas and patches of grass (well ok these are still technically there) to keep the Pokémon contained, the world belongs to them now and you are just a guest in their house as opposed to them in yours.

Pokémon Legends: Arceus has a lot riding on it, the hope of a lot of fans is that this game kicks off a new renaissance for Pokémon and we see a lot more innovation lead by this in the future.

From the developers behind Dishonored, Deathloop brings a new twist to their classic stealth assassination formula. Live, kill and repeat in this stylish FPS as you twist time to find the perfect moment to strike. Play as an assassin with a unique power and an impossible time limit as you are forced to kill 8 people in a single day to escape an unending time loop.

Bend time to your advantage so that each assassination can take place before the 24 hours are up, this means solving the mystery behind your targets and setting up the perfect death scenario over multiple loops to ensure the best possible future.

The sequel to 2014’s hit Yakuza spin-off “Judgment”, Lost Judgement puts you back in the shoes of private detective Takayuki Yagami. Take your first steps into the seedy underbelly of Japan as a private detective trying to find answers and provide justice the police cannot or will not provide. Investigate a grisly murder as you fight against powers that are way beyond your scope in this underdog story.

The game puts a new spin on the familiar Yakuza action combat style as you fight your way through corrupt cops and yakuza goons to get to the truth behind your investigation. Lost judgment looks to be the story of one man’s struggle against a corrupt system in a broken society. Fans of serious narratives will not want to miss this one as it looks to be one of the most gripping stories coming out in games this quarter.

Tales of Arise is a new start for a series with more than 20 years of history. This time around you are put into the shoes of two people from very different worlds fighting to unite two societies split apart by wealth and class.

The story is heavy as it explores themes of slavery and exploitation in ways that parallel real life in ways that some might find uncomfortable, but Tales of Arise is not afraid to take chances with its story and is the better for it.

Tales of Arise is out right now so this is a game that you can jump into right now! (after reading the rest of the article tho)

The newest IP from FromSoftware, the celebrated developers behind critically acclaimed games like the Souls series and Bloodborne. Elden Ring is a new take on their tried and tested Souls-borne formula.

We had the slow methodical combat of Dark Souls, the frantic brawl of Bloodborne, and the rhythmic dance of death that was Sekiro Shadows Die Twice. Elden Ring looks to be yet another twist on this familiar formula as you take on the role of a Tarnished fighting amid the ruins of an ancient world after a great war.

Unlike previous souls games, the story is upfront and center this time. With celebrated author G.R.R Martin behind the narrative, the story is almost guaranteed to be full of dark twists and turns. FromSoftware has not released a bad game yet and this looks to be another home run to add to the studio historied legacy.

Stalker: Shadow Of Chernobyl was a groundbreaking first-person survival horror game that introduced many of the common features we see in FPS horror today. The game was celebrated for its dark and enthralling story and moody atmosphere.

Heart of Chernobyl is finally coming after a decade of waiting. A sequel many had given up on, this game takes you back to the heart of Chernobyl. We still don’t know a lot of details about the game but rest assured this is one to keep an eye out for.

Continue the story of Aloy in Horizon Forbidden West. This time you journey far away from your people as you go on a quest to a new frontier to find the source of a mysterious techno plague.

This is uncharted terror as Aloy encounters never before seen machines and deadly enemies amongst unforgiving environments both above ground and below water. This is a journey that takes Aloy to the extremes as you fight your way through a world that’s got its own plans for your destiny.

With the unknown looking around each turn you make. Horizon Forbidden West looks to be the perfect mix of action and RPG and we cannot wait to experience Aloy’s journey for ourselves!

It’s almost time, oh guardian mine. The WitchQueen is finally Bringing her schemes from within the darkness into the light  (literally). A story 7 years in the making, The Witch Queen brings you to face to face with Savathun, the Hive queen of deceit. This looks to be our most precarious fight yet as our enemies have stolen and perverted the very essence of what makes us guardians to fight against us.

It’s light vs light in this latest upcoming expansion as you fight hive guardians and invade Savathuns throne world to put a stop to her evil schemes and reclaim what was originally yours alone.

Marvel has had some hits and misses with their recent attempt at video games with underperformers like the Avengers game. Marvel’s midnight suns look to be a bold new direction towards a more niche genre than the usual Action RPG lite we are used to. This deck-building/Turn-based strategy game aims to bring that additive X-COM style action to the marvel universe.

That’s not all, this time it’s your own superhero story as you can make your own character fight alongside familiar faces like the Wolverine and the Ghost Rider. We hope this game is good and sells well so that Marvel will take more chances with its games in the future!

In this article:Action, Upcoming Games 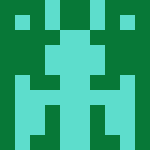