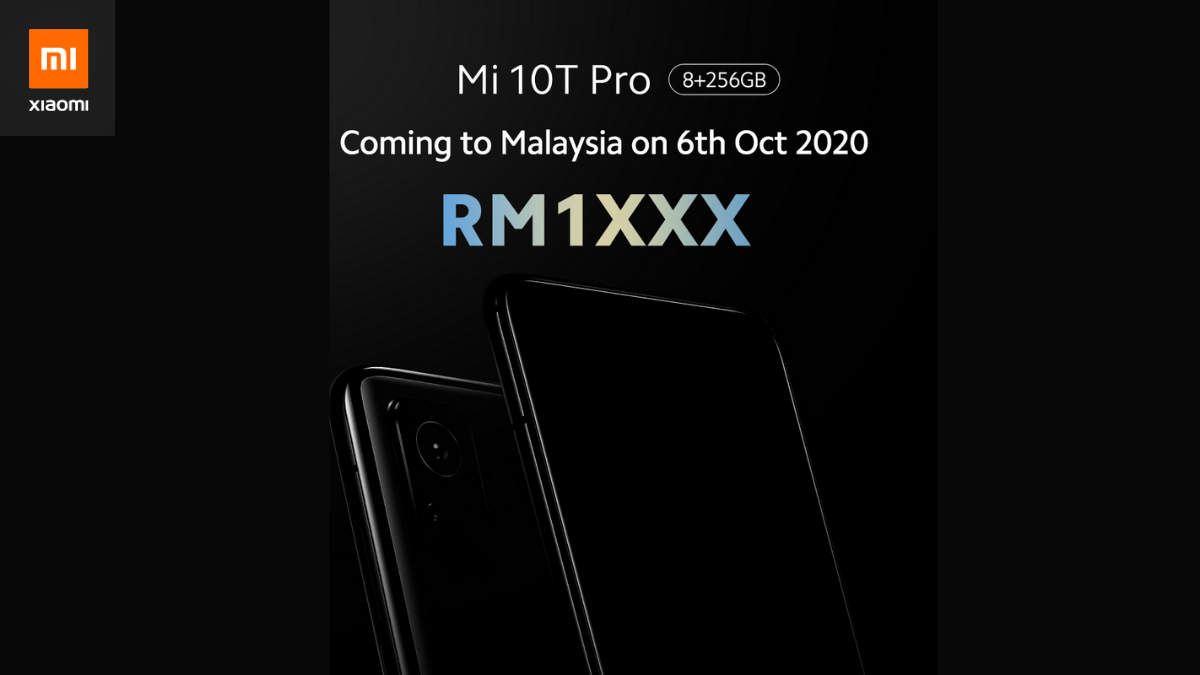 The Xiaomi Mi 10T Pro, which is part of the newly announced Mi 10T series, will be coming to Malaysia very soon. But, what surprised us was when Xiaomi Malaysia gave us a teaser of what the smartphone’s pricing might be.

According to the social teaser below, the highest memory configuration Mi 10T Pro is slated to be priced below RM2,000. That’s really interesting because that would also mean the Mi 10T and Mi 10T Lite would be priced much lower than that.

To recap, the Xiaomi Mi 10T Pro is powered with a Qualcomm Snapdragon 865 processor, and is paired with 8GB of RAM and up to 256GB of storage. Its display is its main features, with a 6.67-inch TrueColor DotDisplay, you can expect a 20:9 aspect ratio, FHD+ resolution, and a 144Hz refresh rate screen that supports AdaptiveSync, which is capable of adapting to different scenarios to save power.

In the camera department, it has a triple camera system which consists of a 108MP wide-angle camera, a 13MP ultra-wide angle camera, and a 5MP macro camera. The main 108MP does have Super Pixel with OIS, and it is built with 7P element lens. For selfies, hidden within the notch on the front is a 20MP sensor.

Connectivity wise, the Xiaomi Mi 10T Pro has a plethora of connections like 5G, Wi-Fi 6, Dual SIM, NFC, IR blaster, a fingerprint sensor mounted on the side within the power button, as well as AI face unlock. When it comes to audio, the device does have dual speaker stereo system, complete with Hi-Res audio certification.

Running on MIUI 12 which is based on Android 10, the Xiaomi Mi 10T Pro is powered by a large 4,900mAh battery. It supports 33W wired fast charging via USB Type-C, and it does come with a 33W fast charger in the box. However, the device does not support wireless charging.