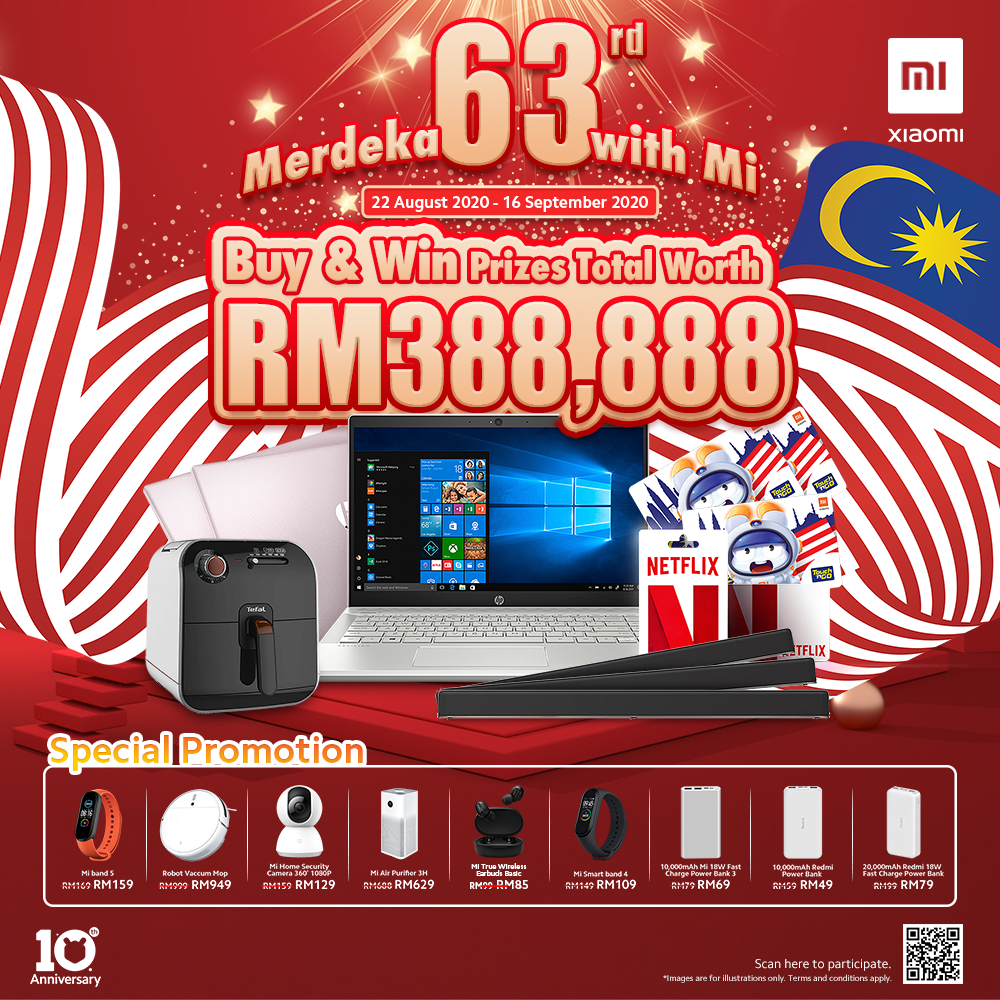 Xiaomi Malaysia today announced ’63rd Merdeka With Mi’, a special campaign that coincides with this year’s 63rd Malaysian Independence Day celebration. Mi Fans in Malaysia will be able to join lucky draws by purchasing select Xiaomi smartphones, and win attractive prizes worth up to RM388,888. On top of that, Xiaomi will also be having special deals for its ecosystem products.

Running from the 22nd of August to the 16th of September 2020, the 63rd Merdeka With Mi campaign will be available at all participating authorized Mi Stores in Malaysia, as well as official online retailers.

With every purchase of selected Xiaomi smartphones, you will be entitled to one lucky draw entry for the chance to win amazing prizes. The grand prize winners will be announced live on Xiaomi Malaysia’s Facebook page, while the others will be announced through a video.

And don’t forget, the long awaited Mi Curved Gaming Monitor 34-inch is also making its way to Malaysia on the 24th of August 2020. Learn more about it here.

In this article:deals, Sales, xiaomi

Xiaomi unveiled the new Xiaomi 12S Series “co-engineered with Leica”. This outstanding imaging product series is the first culmination of the Strategic Partnership in...