Meet the WD Blue SN550. Solid state drives have come a long way since its inception and somewhat take-over of the traditional hard disk drive. From SATA to PCIe NVMe M.2 SSDs, it’s gotten faster, larger (capacity), smaller (size), and cheaper too over the years.

First launched in March 2020, Western Digital reached out to us for a review of their WD Blue SN550 1TB SSD, how could we say no?

As for the format it comes in, is the M.2 2280 form factor which is newer compared to 2.5-inch SATA SSDs. Being in this form factor, it can only be installed on motherboards that support the M.2 form factor. That being said, most motherboards of recent years already widely support M.2. So if you have a motherboard that was launched 2 years ago, it should have M.2 onboard. But just in case, please check your motherboard specs and see if it has an M.2 slot. The one we tested on is the Asus ROG Strix B550-E.

There’s literally just one thing in the box, the SSD itself:

By purchasing a WD Blue SN550 SSD, you also get access to the company’s own monitoring software – Western Digital SSD Dashboard. Rather than just checking the health of your SSD, the software also lets you track performance data, perform firmware updates, erase drives, recommend additional software (Acronis for cloning), S.M.A.R.T monitoring, and more. The software does lag a little when switching tabs though.

Here are some of the speed tests we’ve done with the WD Blue SN550 1TB. As shown above, the SSD is capable of maintaining the promised 2,400MB/s read speed. But much to our surprise, the SSD managed to surpass WD’s claim of 1950MB/s write speeds as it could maintain over 2000MB/s.

The WD Blue SN550 even upgraded from two lanes (PCIe x2) to four lanes (PCIe x4), when compared to its predecessor, the SN500. This means a boost in the top sequential read and write speeds.

The SN550 is also DRAM-less (dynamic RAM), but in place of that, the company used smaller SRAM (static RAM) chips. SRAM chips are faster, but can be more expensive to implement. To lower the cost of production, WD put a few MB of SRAM on the controller, rather than having larger SRAM caches.

Here’s a simple chart on the cost per GB you’re getting when purchasing the WD Blue SN550 series. Of course, it gets cheaper when you buy a larger capacity variant, i.e. the 1TB variant.

Plus, these are just recommended retail prices. You can often find them cheaper online on Western Digital’s official Lazada and Shopee stores.

If you were to purely look at the sequential speeds of the WD Blue SN550, they may not be the best when pit against other M.2 SSDs out in the market. And yes, there are cheaper options (albeit slower) too.

But, Western Digital focused more on real-world performance rather than the numbers you see on spec sheets. If you consider the 4K read and write speeds, 5-year warranty, and the real-life performance you’re getting, the WD Blue SN550 is a great choice for those on a budget, looking for a steady all-rounded performer.

In this article:Solid State Drive, SSD 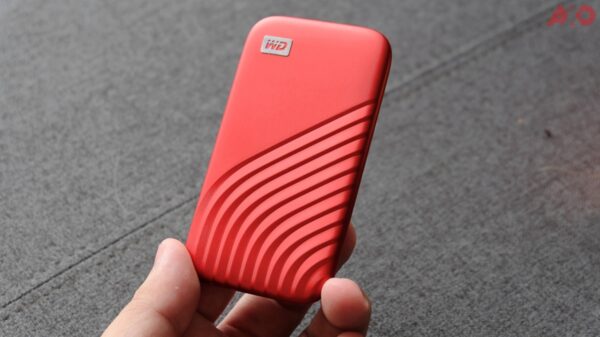