Vivo V20 SE To Arrive End Of September; Here's How It Looks

The Vivo V20 SE is arriving on Malaysian shores, just shortly after we’re introduced to the V19 series. The SE in the name refers to “Special Edition”, and it is the first special edition V series that is made for “mobilegraphy” consumers. It’s also a little odd to the Special Edition arrive before the main smartphone series.

The Vivo V20 SE features an ultra-thin device, and is labelled as a mid-range smartphone. It will come in two distinct colours – Gravity Black and Oxygen Blue.

Not much is known about the details of the Vivo V20 SE, but from what we’re seeing in these images, the front display will have a water drop notch housing the selfie sensor, and the rear would feature a triple camera setup.

There’s also a large earpiece on the top, with the speaker grille, USB Type-C charging port, and a 3.5mm audio jack on the bottom. Also, according to Lowyat.NET’s findings, the device has also been spotted on SIRIM and already received its certification.

There is no word yet on an exact launch date, nor pricing information. So we’ll just have to wait for Vivo to officially announce it by late September. To learn more about Vivo and their official updates, stay tuned to The AXO or check out their official website here. 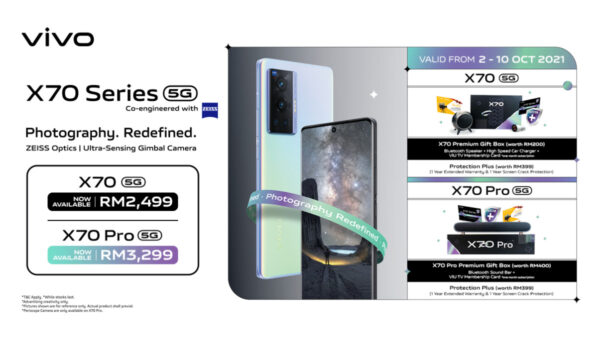 Vivo X70 series consisting of the X70 and X70 Pro have officially launched in Malaysia. It marks the next chapter in vivo’s global imaging... 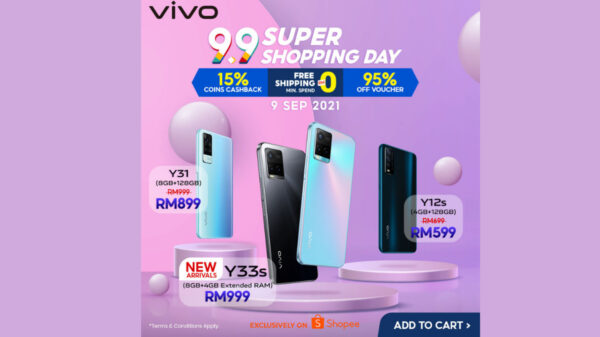 Vivo Malaysia is offering limited-time discounts of up to 37% with free shipping on Shopee Mall to celebrate the upcoming Shopee 9.9 Super Shopping...