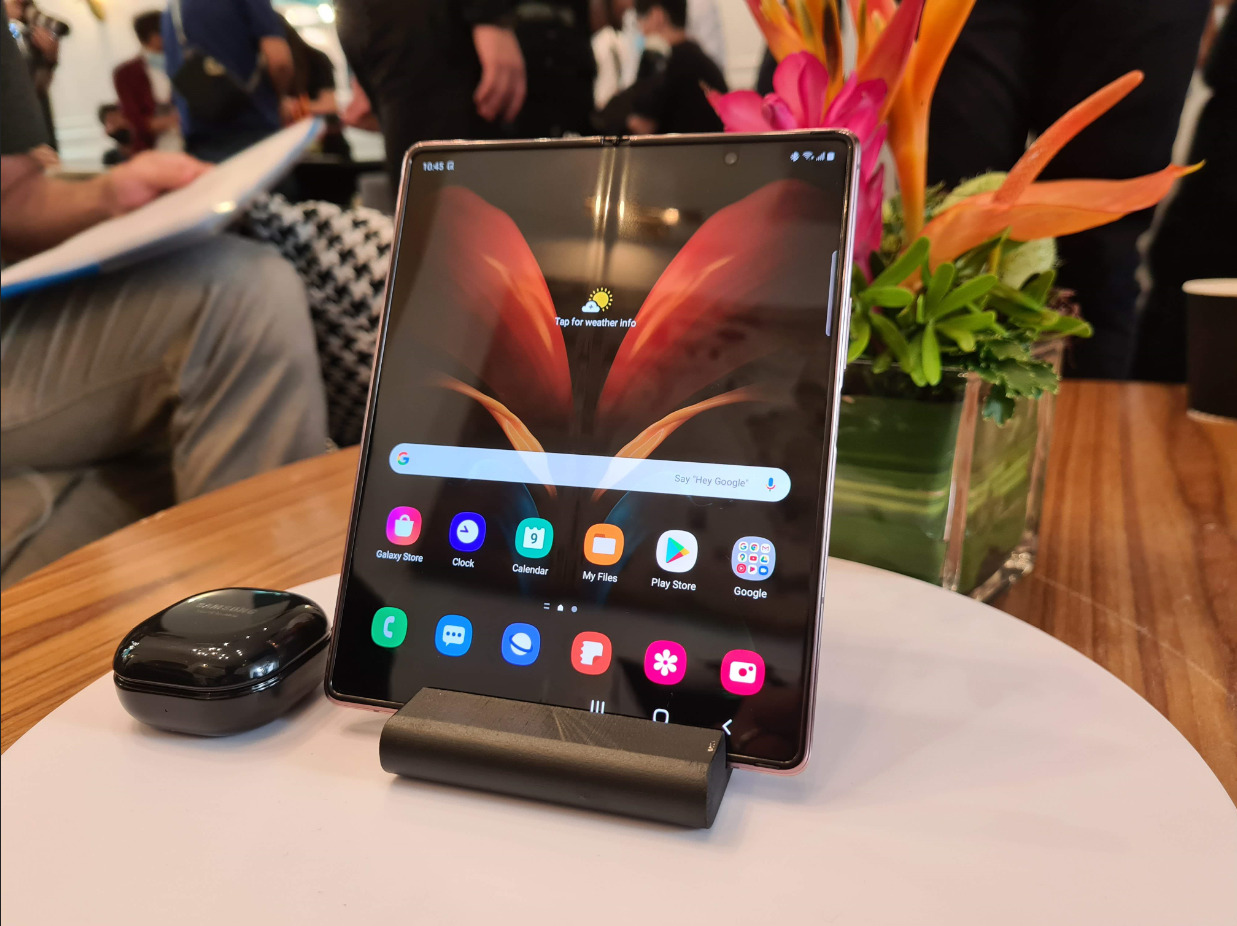 The Samsung Galaxy Z Fold2 made its debut in Malaysia earlier today, and we have finally got some hands-on time with Samsung’s third generation foldable device.

To recap, the Samsung Galaxy Z Fold2’s main highlight is its foldable display. Compared to the original Fold, the cover display has now been enlarged to a 6.2-inch HD+ Super AMOLED (2260 x 816) Infinity-O display, while the inner main display has a 7.6-inch QXGA+ Dynamic AMOLED 2X Infinity Flex (2208 x 1768) panel with an adaptable 120Hz refresh rate.

Running on the Snapdragon 865+ processor, the Samsung Galaxy Z Fold2 is paired with 12GB of RAM and 256GB of UFS 3.1 based storage. The device weighs 282g, and has a side mounted fingerprint sensor, as well as facial recognition for authentication.

With Flex mode, Capture View Mode will let you see the photo or video you just took or review up to five of your most recent captures on the bottom half of the Main Screen, while the preview of your next shot will be on the top half. A new feature would be Auto Framing, where the Z Fold2 is capable of recording hands-free video by tracking the subject. When it detects a 2nd person, it would also zoom in/out to keep both persons in frame.

With Dual Preview mode, users can use the Main and Cover Screen at the same time. This allows both parties to see what’s being captured and review their poses in real-time before the shot is taken. Also, with the Dual Preview feature, you can use the rear cameras to take a high-quality selfie with the Cover Screen acting as your viewfinder.

With the Hideaway Hinge that fits seamlessly into the device body with the CAM mechanism, it enables free standing capabilities that power the all new Flex mode experiences, just like the ones found on the Galaxy Z Flip. Galaxy Z Fold2 also employs sweeper technology, first introduced on the Galaxy Z Flip, within the gap between the body and hinge housing to repel dust and undesirable particles.

Of course, the Z Fold2 is also one of the eligible devices that qualifies for three generations of Android operating system upgrades. To learn more this, click here.

Those who purchase the Galaxy Z Fold2 during the pre-order period will be able to bring home a free pair of Galaxy Buds Live (worth RM 699) and a Montblanc Card Holder worth RM 655.

Pre-order is available both at selected Samsung Experience stores or Samsung E-Store.

In this article:Foldable, samsung, smartphone