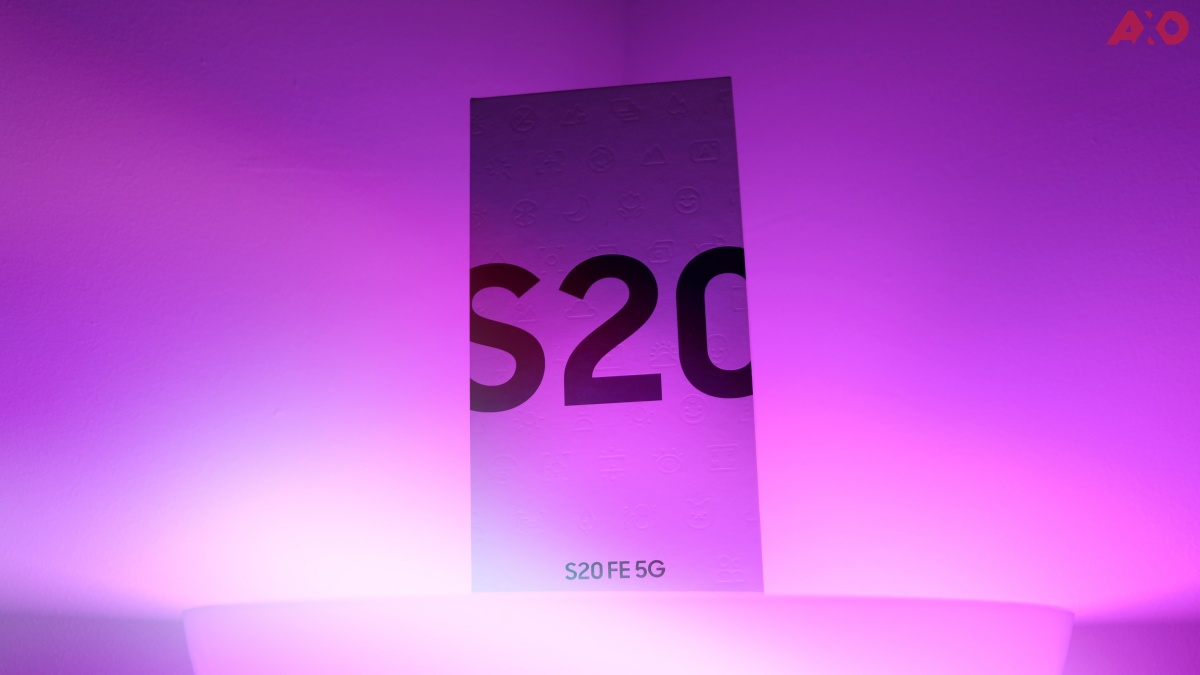 The Samsung Galaxy S20 FE 5G was announced about a month ago, and is now available for purchase in Malaysia. While the device is made by Samsung for the fans, it seems the company just took the Galaxy S20 Plus and gave it a slight tweak, to “improve” it for the hardcore Samsung fans. And that’s not necessarily a bad thing, because the S20 FE is a great device that offers the right selection of hardware at a lower, more affordable price point.

When the phone was first launched, I thought “it’s just an S20+”. But once I got to actually hold and feel it, the Samsung Galaxy S20 FE had its own charm and personality to it.

To make it more affordable, Samsung went with a plastic body instead of aluminium, so the back has a more smooth matte finish and less fingerprint smudges. The curved edges on the sides has a very nice grip to it, and it feels light and comfortable to hold. The slightly smaller display also makes it a very pocket-friendly phone too.

On the bottom, there’s the USB Type-C port, and speaker grille, where the SIM tray is located on the top, and the power and volume buttons are located on the right side of the device. The ports are all well positioned.

Stacking the S20 FE on top of the S20+, it shares roughly the same width, with the S20+ coming out a little taller on the top. Everything else looks about the same on both phones.

The Samsung Galaxy S20 FE has a smaller 6.5-inch display, and it only uses a standard Super AMOLED panel instead of the 6.7-inch Dynamic AMOLED 2X from the S20+. This means that the S20 FE’s display won’t be as colour accurate, but it still does have that buttery smooth 120Hz refresh rate. As for the Infinity-O notch, the camera hole is also a little larger than the S20+’s.

When it comes to visual quality, I’d say the S20 FE’s screen produces very vivid colours under high brightness. The blacks are really black, and details are crisp and clear.

Speaking of the display, I did experience a little hiccup when using the screen. When I first started up the phone, the phone felt laggy and sluggish. I checked the settings, and the refresh rate is definitely set at 120Hz. I thought it could be that the battery saving mode was turned on by mistake, but even after I turn it up to “High Performance”, the phone still felt slow. After about a day or so, the phone then started to perform as normal, with the 120Hz kicking in properly.

I’m not afraid to say that I have a chubby palm. So I did notice that when I’m holding the phone, my palm would accidentally touch the sides of the screen, and it would register as a touch and cause weird commands to be input. Often times, I also felt that when I’m swipe typing with one hand, or even typing normally with both hands, the phone just can’t seem to register my keypresses properly.

As reported by Lowyat.Net, this could be an issue not just for me, but all other S20 FE users as well. That being said, this can likely be fixed by Samsung via a firmware update, so we’ll have to wait for Samsung to push that bug fix.

The Exynos 990 offered better stability and smoother phone navigation. But, it’s a battery hogger and you won’t be left with much battery at the end of the day. On the other hand, the Snapdragon 865 lacks a little in navigation where it would rarely hang for a very short time. It’s not a dealbreaker, because in return it offers great battery life and I could end my day with about 45% of battery left.

Here are some of the benchmarks we ran on the Samsung Galaxy S20 FE 5G:

In terms of camera performance, I really didn’t care that the Samsung Galaxy S20 FE only had a 12MP main sensor instead of a 64MP sensor. For normal daily use, the device took great photos, and with impressive clarity. Most of the time, it isn’t all about pixel count, but rather image processing algorithms that works in the background.

Images taken with the Samsung Galaxy S20 FE come out crisp and clear. Colours are vivid, but certain images can look a little dark like there’s not enough exposure. The 8MP telephoto sensor also works great, as it still supports 30x digital zoom.

Here are some photo samples taken with the Samsung Galaxy S20 FE, you be the judge:

We’re really glad that the Samsung Galaxy S20 FE still had dual stereo speakers. It’s a good thing they didn’t cut down on audio quality, because it would be a shame to have such nice hardware and screen to be paired with just a mono speaker. After all, fans would definitely appreciate two speakers instead of one, even if one of them is embedded in the earpiece.

That being said, audio on the S20 FE has nothing to shout about. Sure, it has two speakers, but the highs are a little distorted, the mids sound muffled, and the lows aren’t really there. What you get is a loud speaker that gets the job done – playing audio.

The battery life on the Samsung Galaxy S20 FE 5G is truly remarkable. I could get through a day and a half on a single charge, and charging it back up from zero takes about an hour and 12 minutes. On a single day use, as mentioned above, I could end my day with about 45% of juice left.

Battery life on the FE is a whole lot better than the S20+, and for that itself, I would get the FE over the Plus.

Making the right hardware tweaks here and there, the Samsung Galaxy S20 FE 5G still manages to leave a satisfying user experience at an affordable price point. Priced at RM3,399, you’re getting a flagship class processor, a vivid 120Hz refresh rate display, and spectacular battery life. Also, the phone comes decked out in six different colours to express your style and personality.

The screen touch does need a little fixing, but nothing a firmware update couldn’t solve. The Samsung Galaxy S20 FE 5G is positioned somewhere above the S20, but below the S20+ in terms of specs. But, user experience wise, I’d say it beats the S20+ in day to day use, and that’s more important than numbers on paper.