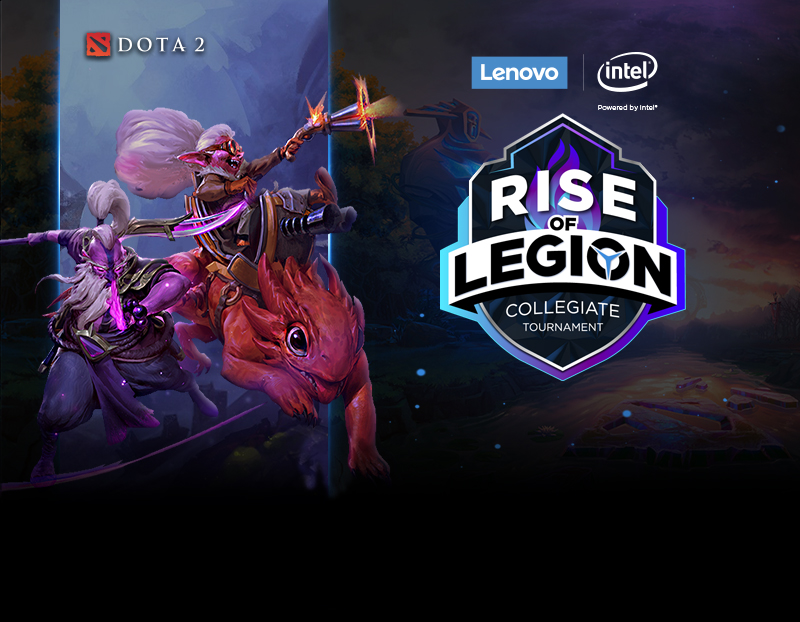 This is the Rise of Legion: Collegiate Tournament, where Lenovo invites gamers from the Klang Valley area to show off their University pride. And also, to connect to more local gaming enthusiasts and help them fully realize their own gaming potential.

With mounting levels of fun intensity, those enthusiasts of eSports gaming can register themselves in a team of five members here. Registration starts from now until 20 September 2020. Gear up as your team can take a shot at the championship’s total combined prize pool of RM4,000 by battling it out in Dota 2, from 26 until 27 September 2020.

On Day 1, there will be a total of three qualifying stages for gamers to compete against each other to win themselves a spot in the championship. Following Day 2, gamers will be competing in the quarterfinals, semi-finals, and lastly, the ultimate head-to-head finals, or “championship match”, to secure the grand title and top prize.

Participating gamers are on the run to win cash prizes as below:

“Lenovo Legion introduces its latest gaming effort, Rise of Legion: Collegiate Tournament, where we mark our continued commitment and dedication to providing the local gaming community a platform where they can continue their journey to become an even better eSports gamer,” “In support of Malaysia’s vision to be the eSports hub in Asia, Lenovo welcomes university students to take part in its two-day tournament and battle it out to the championship as well as take a shot at winning the total combined prize pool of RM4,000.”  Varinderjit Singh, General Manager of Lenovo Malaysia

On top of the exciting tournament, Lenovo celebrates Malaysia Day with awesome Legion deals for the Legion 5Pi and Legion 5i from now until 30 September 2020. Customers can enjoy free Grab or Touch n’ Go e-wallet vouchers worth up to RM150 at https://www.lenovo-redemption.com upon purchase of selected Legion laptops.

In addition to that, Lenovo tops off with their Purchase with Purchase (PWP) promotion where customers are eligible to get their hands on selected Lenovo products at a special price ranging from Lenovo 530 Wireless Mouse, Lenovo 22” FHD Monitor, and Lenovo TB-7305X 7” Tablet.

Gamers, fans and spectators alike can become part of the ultimate gaming experience and catch all Legion announcements at legion.lenovo.com. For more information on the deals, visit Lenovo Malaysia’s official Facebook page.