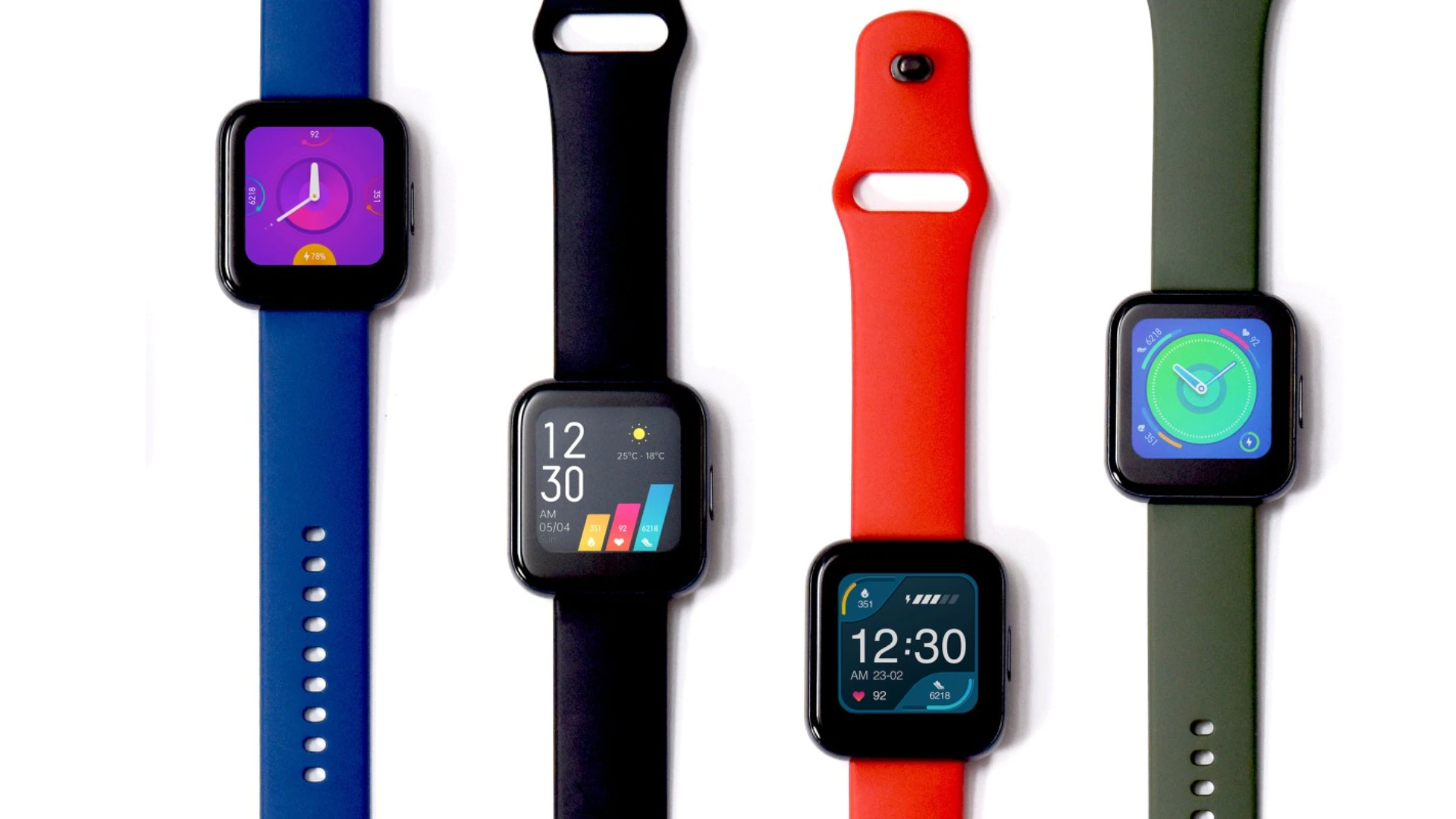 Once realme was done with the X50 Pro Player Edition, the company then announced their very first smart watch, smart TV, new earbuds, and more. realme released a total of 8 new products in one launch, and here’s all of them.

First up, we have the realme Buds Q. These are a pair of TWS earbuds that are designed by Hermès co-designer José Lévy. They are IPX4 rated for water resistance, and according to the company, it can last for a combined total of 20 hours of battery life, and it supports 30W fast wired charging. It features Bluetooth 5.0, and the drivers are 10mm in size. Each bud weighs only 3.6g, and with the casing it weighs total 35.3g. Unlike the realme Buds Air, the Buds Q won’t have wireless charging.

The realme Buds Air Neo is the cheaper variant of the original realme Buds Air. Despite being more affordable, it does have some slight upgrades over the older sibling. The audio drivers are larger at 13mm, previously 12mm, and it will offer up to 17 hours of battery life when used with the charging case. On the buds themselves, they can last for up to 3 hours on a single charge. The Buds Air Neo has Bluetooth 5.0 with 119.2ms latency, letting it have Instant Auto Connection with a realme smartphone.

The other differences it has with the standard realme Buds Air is the lack of wireless charging and Environment Noise Cancellation. It will come in three colours – Green, Red, and White.

Many have been waiting for realme’s first wearable, and the company finally delivered with the realme Watch. It looks pretty similar to the Apple Watch, and it comes with a 1.4-inch touchscreen display that has 2.5D curved Corning Gorilla Glass 3 protection on top. There’s also an IP68 rating on the watch, with 12 pre-installed watch faces.

realme also delved a little more into the watch’s features. The realme Watch has a feature called the 24/7 Health Assistant. What the assistant does is to perform real-time heart rate monitoring, checking blood oxygen levels (SpO2), and is capable of tracking 14 types of sports activities. The realme Watch will come in four (strap) colours – Black, Red, Blue, and Green.

The other will be the more powerful realme 30W Dart power bank, which also has a capacity of 10,000mAh. But, it is capable of a faster 30W two-way charging.

Least expected from realme, is the launch of their very own Smart TV lineup. Coming in at two sizes, there is the 32-inch model and the 43-inch model. The former has a HD resolution (1366 x 768 pixels), while the latter has a Full HD resolution (1920 x 1080). They both run on Android TV 9.0 Pie, which means access to Google Play Store for Android TV. Not only that, these smart TVs will also have Netflix, Amazon Prime Video, as well as YouTube built right in.

Of course, to store all your gadgets when you’re on the go, realme also announced the realme Backpack for that. It has a 32L capacity, a special compartment specifically for notebooks, a luggage strap, four levels of splash resistance, and more.

In this article:realme, smart watch