The EZVIZ C3X Is The World’s First Dual-Lens Security Camera; Now In Malaysia For RM539

Sony ZV-1 Looks To Be A Vlogger's Dream Camera; Available From July 2020 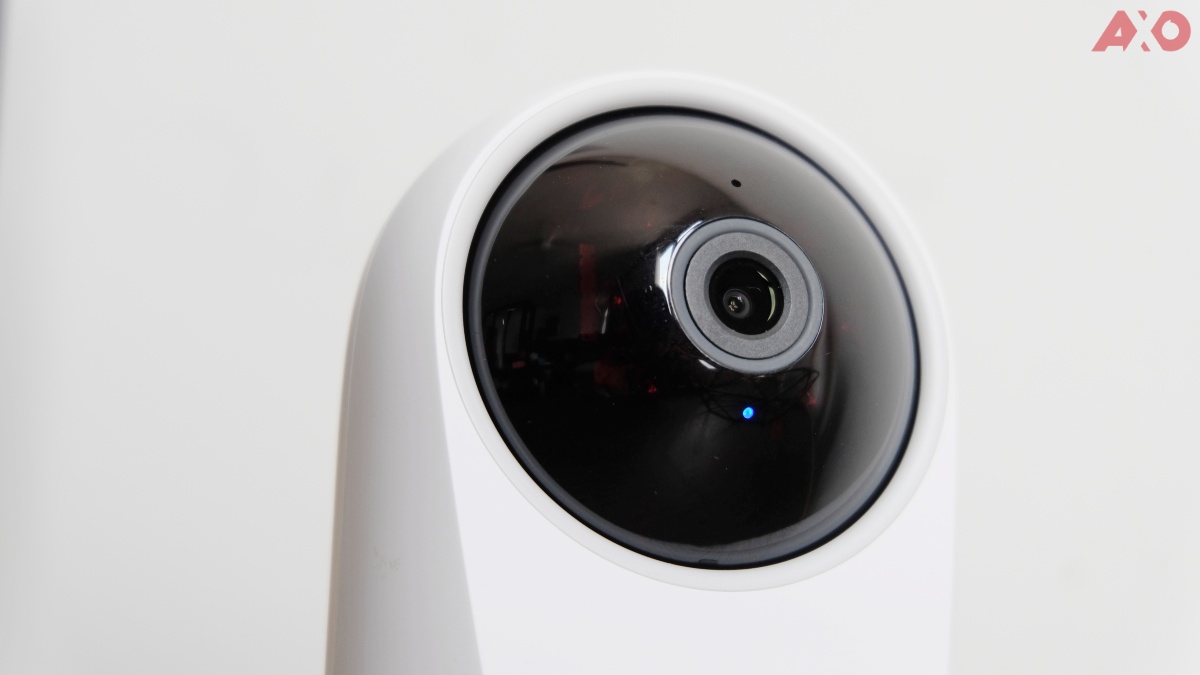 The realme Smart Cam 360 is the company’s first foray into the smart camera market. Being the first, it’s already packed with a multitude of features to make your home more safe and secure. Before we go into the features, let’s take a quick look at its specs.

The realme Smart Cam 360 has a streamlined spherical design, that feels very classy and can be fitted into any home’s design theme. The camera section is draped in a black circle, and it’s not too overbearing. On the back, there’s the speaker system, while the bottom has the microUSB port, a reset button, and the grooves for the wall mounts.

Setting up the realme Smart Cam 360 was extremely smooth and easy. First, you’ll need to download the realme Link app. If you already have a realme IoT device, you should already have this app. If not, you can easily install it on the Google Play Store or App Store (if you’re using an iOS device).

Once the app is installed, login to your realme account, plug the microUSB cable in and connect it to the power adapter. When it’s turned on, you’ll hear a gentle beeping sound signifying it’s searching for a device to pair to. This is where you fire up the realme Link app, and you should find the realme Smart Cam 360 already detected within the app. Just select the Smart Cam, input your Wi-Fi password (Note: It has to be the 2.4GHz connection), and you’ll be brought to the main UI right away.

As mentioned above, setting up the realme Smart Cam 360 is easy, and the rest is just buttery smooth. Just turn it on, set it up on a desk or mount it up on a wall, and you’re done.

The app’s user interface is straightforward and easy to understand. You can also go into the settings and tweak additional settings on how you want the smart home camera to work. There’s a whole bunch of things you can change, which we’ll cover in the “Settings” section of this review.

The realme Smart Cam 360 features 1080p wide angle recording. Having the number ‘360’ in its name, the device can rotate a full 360-degrees to capture every angle in your home, from wherever it is placed. The 105-degree FOV camera can also tilt up and down to fully capture higher and lower angles too.

Apart from that, the camera is also equipped with real-time motion tracking. It is capable of recognizing a moving object in real-time, then the camera would track and follow the moving object. This is really important for keeping your home safe, because you don’t want the camera to just be fixated on one viewing angle.

Also, when it detects either a voice, motion, or a human body, it can immediately send a notification to your connected smartphone to notify you. You can then check from the app if your house has been broken into, or if it’s just your cat running a marathon in the living room. When it detects a moving object, it will also start recording so you have a copy of the footage for later use.

The realme Smart Cam 360 may look like a smart home camera, but what you might not know is that it is also a Wi-Fi extender. That is a pretty sweet feature, but it only applies to other realme smart home cameras. That means other realme cameras can connect to one another instead of connecting to your router which may be further away. That being said, you can purchase multiple realme Smart Cam 360, and they can all be connected to just one app, letting you view all of them simultaneously in multi-cam mode.

You can also choose to prop it up on a desk, or wall mount it with the included wall mounting accessory kit. Do take note if you do wall mount and install it on the ceiling, you will need to flip the image in the settings.

realme Smart Cam 360 has a built-in speaker, and it’s used for two-way audio. What that means is that you can make a call to the smart cam from your smartphone, and you can broadcast your voice through the smart cam, and hear from it too. This can be done from wherever you are, as long as you’re logged into the realme Link app with the Smart Cam 360 connected.

For example, you forgot what groceries you need to get. You can call your smart cam from within the app, and you can have a “video call” with your wife at home to ask her about the groceries. The audio is loud with great clarity. You can also use this feature to scare off unwanted visitors in your home. E.g. robbers and etc. “Put everything back and leave before I call the police. Actually, they are already on their way.” Spooky, right?

The realme Smart Cam 360’s recording is secure as it is a private file format. If you were to copy videos from the memory card to a PC or phone, it cannot be played directly. That means footage can only be played back from the app itself. The footage is also data encrypted with AES-128 with a TLS 1.2 transmission encryption.

If you don’t want it to record footage, simply turn the camera downwards until the camera lens is out of sight. That’s the physical anti-sight switch. You can also set it to hibernate from the settings to stop it from recording.

You can view and record footage in two settings – SD (480p) and FHD (1080p). The former will definitely have increased responsiveness and efficiency when it comes to storage, but the latter provides a clearer, more detailed image/footage.

Because it uses wide dynamic range (WDR) recording, footage recorded on the realme Smart Cam 360 comes out bright and clear. That being said, the contrast and saturation may be a little too much, making colours looking too vivid. Even when zooming in (pinch to zoom), you can still see the details preserved nicely. It even has distortion correction so you don’t get that fish eye effect in your recordings.

The best part is, the realme Smart Cam 360 supports Full Color In Low Light. What this means is that it can record footage in dark environments in full colour, no more black and white/green-ish night vision footage. It still uses infrared night vision sensors, but it’s a higher quality 940nm infrared illuminator that can reproduce colours in low light p to 10 meters. It doesn’t emit any form of light, so it won’t disturb your sleep or alert intruders.

Where storage is concerned, it only saves footage onto your device or the memory card only (expandable up to a maximum of 128GB). If you do insert a 128GB memory card, it can store up to a maximum of 14 days of non-stop 1080p recording. That’s because it uses a newer H.265 video encoding technology to allow for high quality video to be saved in lower file sizes.

There is no cloud-based storage option at the moment, and the memory card is not included in the box. You will need to purchase that separately.

What happens when the memory is full? It has the same loop recording feature as other smart home cameras, where when the memory card is full, it will automatically delete the oldest footage to make space for the new footage that’s being recorded.

With the realme Smart Cam 360, you can also quickly and easily share access to your other family members. For instance, your wife or husband. You can do this in the settings, by adding their phone number or email that’s linked to their realme account. Once the request is approved, you and your family member can access the footage (both real-time and recorded) from the realme Link app.

In terms of the settings, you can schedule when you want the realme Smart Cam 360 to be active and recording. Vice versa, you can choose when it should be hibernating and stop all recording activity. There’s also a feature to turn off the status indicator light that is right below the camera lens. You can also select the image quality (SD or FHD), night view behaviour, anti-flicker, and distortion correction.

The most important feature you want to look at is Alarm Settings. This is where push notifications are concerned and if you don’t tweak them properly, you could be spammed by multiple notifications. You can choose whether notifications should be sent from motion/sound detection or both. Also, you can choose which time should the notifications be active. For example, notifications can be turned on during your sleeping hours and turned off during the day (if you work from home everyday).

Lastly, you can turn on/off the motion tracking feature, and re-calibrate the camera’s gimbal system. When a memory card is inserted, you can also change how the storage system will function with recordings and images.

Priced at RM199, the realme Smart Cam 360 is an intelligent smart home camera that offers a plethora of features to keep your home safe, and to improve your quality of life. There’s more than one way to use the smart camera, so the possibility is up to your creativity.

Speaking of creativity, realme also included stickers for you to customise your smart camera with.