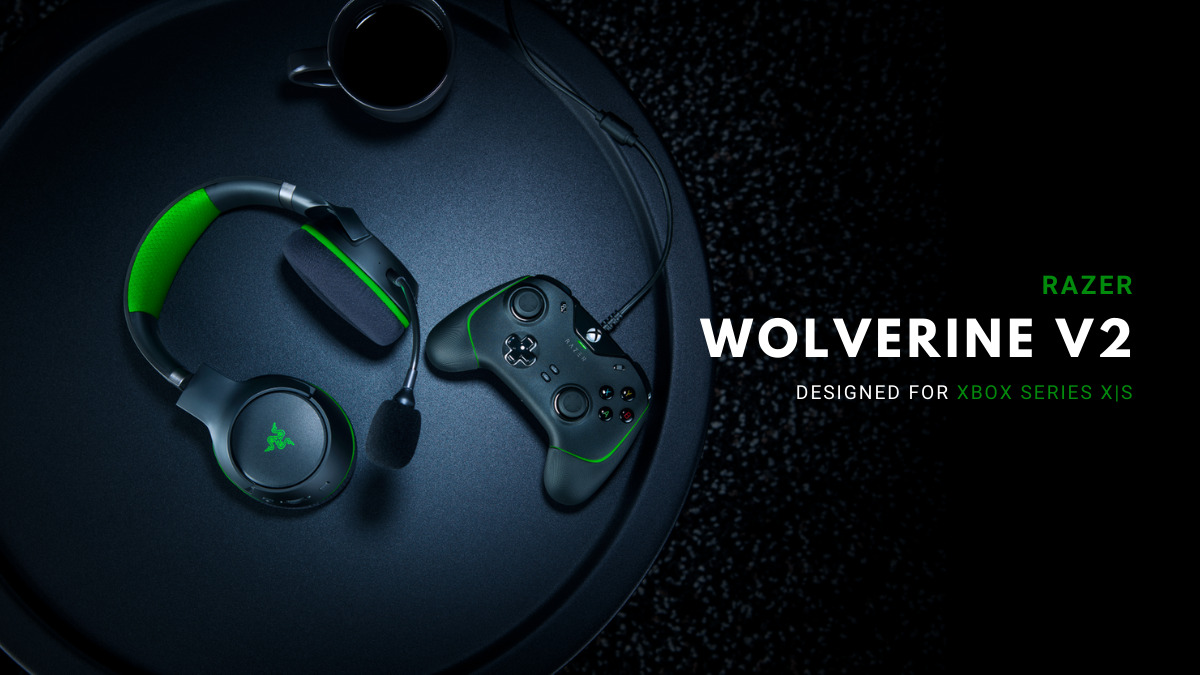 The improved ergonomic, contoured design is ideal for all-day gaming comfort, and provides a natural grip that ensures agile and accurate button interaction, while the non-slip rubber grips allow gaming at peak performance.

Razer’s proprietary Mecha-Tactile Action Buttons are equipped with a 3-million tap life cycle for greater durability and a reduced actuation distance of 0.65mm for 35% faster actuation than standard membrane buttons. Each button is finely tuned for greater accuracy to showcase your true gaming potential.

In addition to faster switches, the Wolverine V2 features two programmable multi-function buttons, configurable through the Razer Controller Setup Designed for Xbox, allowing gamers to remap the front-facing buttons for added control and advanced customization. And for when reflex actions and speed are crucial, the trigger switches on the Wolverine V2 feature a Hair Trigger Mode with trigger stop sliders, for an ultra-fast rate of fire.

The Razer Wolverine V2 will be available starting today, priced at RM499. It can be purchased exclusively from Razer.com.

In this article:Controller, Gaming, Razer, XBOX Xbox today announced that users will receive updates for their Xbox Series X/S consoles to reduce energy consumption and environmental impact of their consoles....

Razer has announced a slew of latest product lineups at CES 2023. This is the first  opportunity for gamers and tech enthusiasts to get...