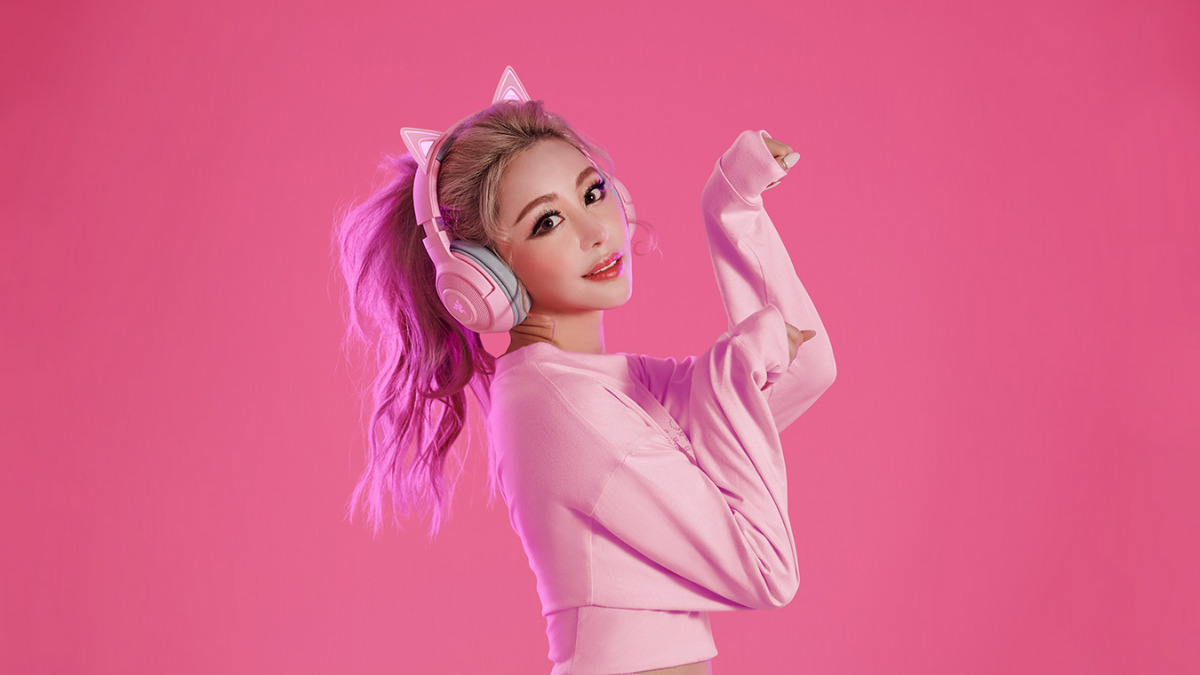 The Razer Kraken BT Kitty Edition has to be one of the cutest things to be announced at RazerCon 2020, apart from Sneki Snek – the company’s official mascot.

The Razer Kraken BT Kitty Edition is essentially a Razer Kraken that has been draped in the Quartz Pink colour, fitted with kitty ears, given the Bluetooth and Razer Chroma RGB treatment. The kitty ears and earcups are of course powered by Razer Chroma RGB, where you can fully customize the colours to your liking. They can even sync to the music you’re listening to!

The Razer Kraken BT Kitty Edition feature Bluetooth 5.0 connectivity. This allows you to bring it around with you, connecting to any smartphone that has Bluetooth available. The headphones also have a low latency of 40ms, so you won’t have to experience any audio delay when gaming or listening to music.

The Razer Kraken BT Kitty Edition uses custom-tuned 40mm drivers, for clearer treble and midrange, as well as deeper bass. As for the microphone, it utilizes a beamforming microphone that is designed to pick up less noise from every other direction.

Of course, there is also a wired version of the Razer Kraken BT Kitty Edition if you don’t/can’t see yourself wearing the pair of headphones out in public.

The Razer Kraken BT Kitty Edition is now available for purchase on Razer’s official online store. The headphone is priced at RM549.

These headphones would definitely go well with the Razer Tomahawk gaming PC chassis and the Razer Iskur gaming chair, you can check them out here and here.