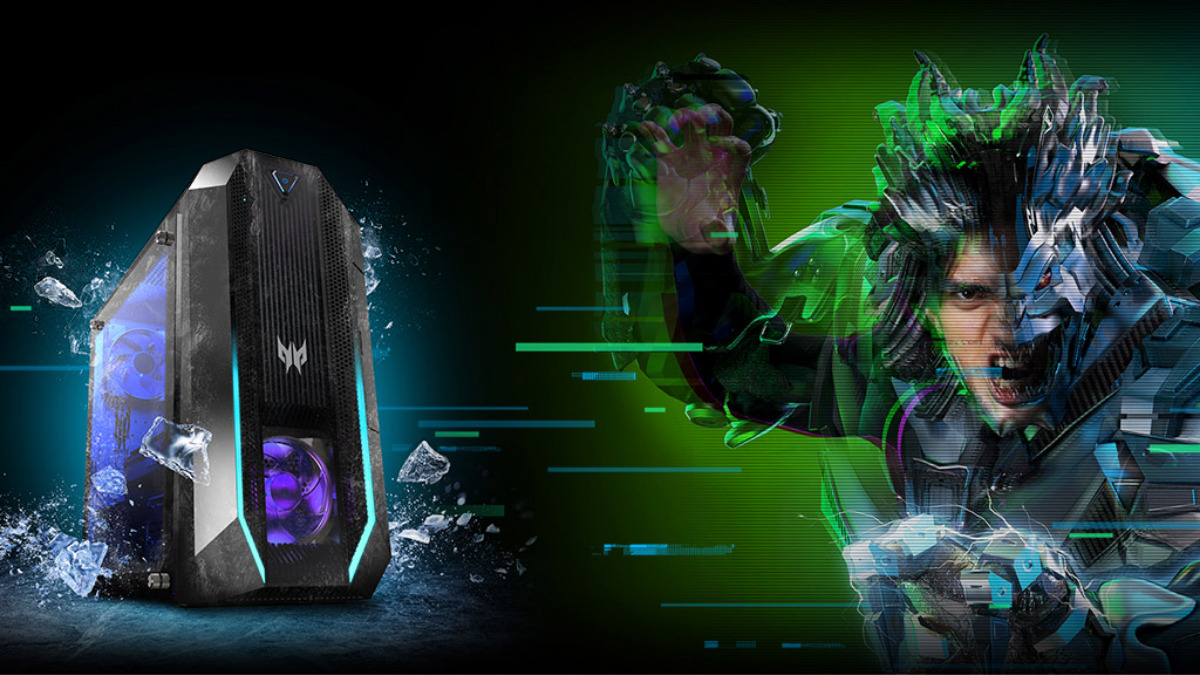 The Predator Orion 3000 is a beast of a gaming desktop. It features up to a 10th gen Intel Core i7 processor, 8GB of RAM (upgradable to 64GB), and an Nvidia GeForce RTX2060 SUPER. Connectivity wise, it has the Stable Killer E2600 chip for high-speed gigabit network performance, and Wi-Fi 6 connectivity for faster, low-latency wireless performance.

To ensure the desktop stays cool, the Predator Orion 3000 is equipped with dual custom-engineered FrostBlade fans for optimal cooling while gaming. The RGB lighting on the fans can be customized together with the vertical light bars on the side, using the Predator Sense software, of course. On the sides, the tempered glass side panels are also EMI-compliant.

The Predator XB273U GX monitor has a 27-inch WQHD Agile-Splendor IPS display that has a native refresh rate of 240Hz. It can be overclocked to 270Hz, and it has a 0.5ms response time. Apart from that, the monitor also supports Nvidia G-Sync compatibility and 65W Power Delivery via USB Type-C.

The Predator XB273U GX monitor is also VESA HDR 400 certified, with a native DisplayHDR brightness of 400 nits. It also covers 99% of the AdobeRGB wide colour gamut and Delta E<2. Ergonomics wise, the monitor can be adjusted in height, swivel, as well as tilt.

The Predator CB342CK C monitor features a ZeroFrame design with a 34-inch UltraWide QHD IPS panel. It covers 99% of the sRGB colour gamut and has a 178-degree viewing angle thanks to its IPS panel. There’s also an integrated 6-axis colour adjustment, which allows users to tune the monitor’s colours to their preference.

Just like the Predator XB273U GX, its height, tilt, and swivel can be adjusted for better ergonomics. There’s also a USB Type-C port which can easily allow you to connect it to a laptop, desktop, or even a smartphone, provided you have the right cable. The monitor also supports 65W power delivery to the monitor.

In this article:Acer, Desktop, Monitor, Predator