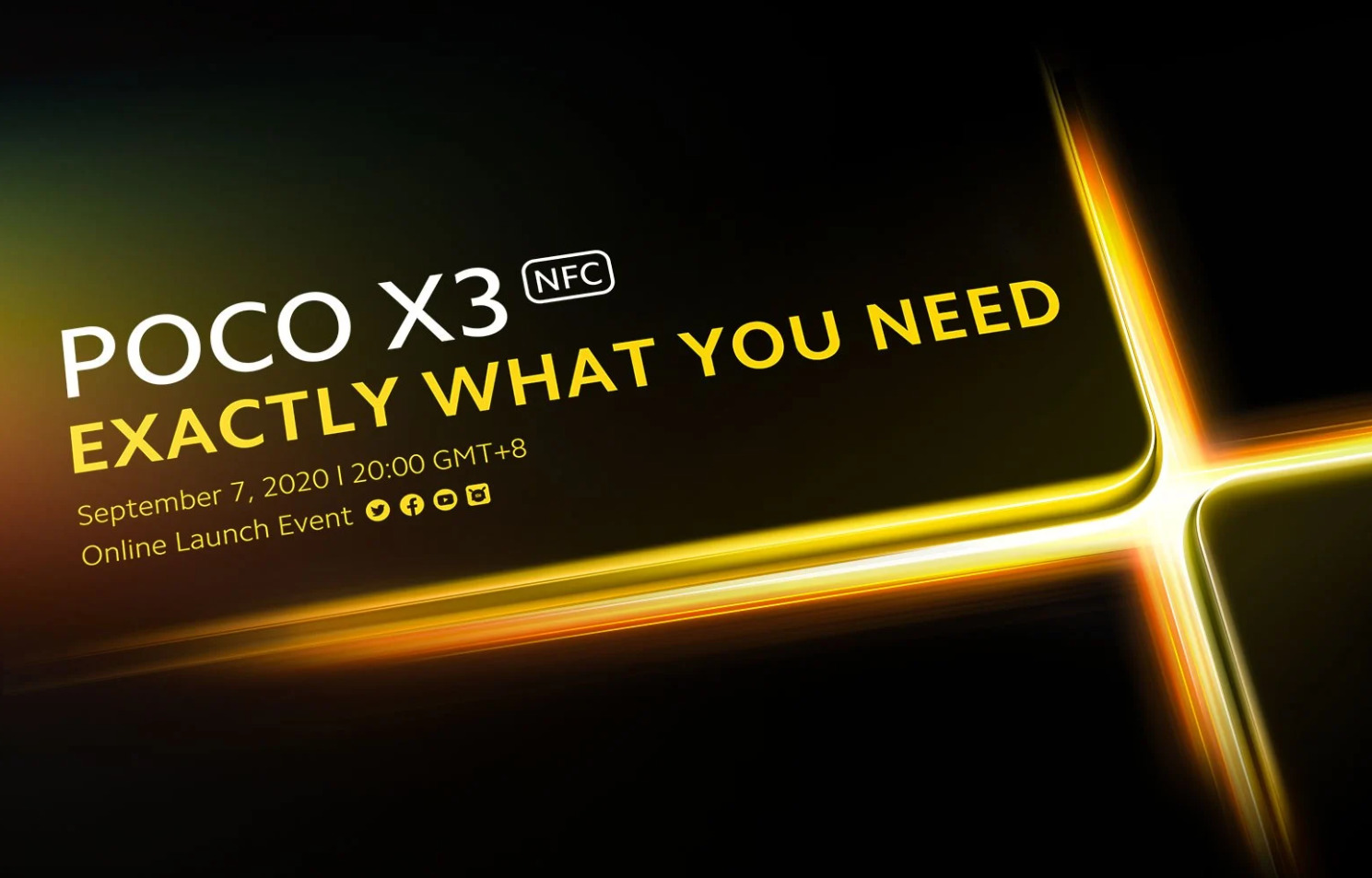 POCO Malaysia finally confirmed the existence of the POCO X3 NFC. Not only that, they also confirmed the launch date which is on the 7th of September at 8PM Malaysian time.

Touted to be “exactly what you need”, the POCO X3 NFC has been rumoured to come with Qualcomm’s new Snapdragon 732G chipset, which brings about a minor boost to the CPU clock speed along with Adreno 618 GPU. It might also come with a 6.67-inch display with up to 120Hz refresh rate, along with 240Hz touch sampling rate.

On top of that, the camera system is speculated to come with a 20MP selfie sensor, and a 64MP main sensor on the rear camera system, as one of the quad camera setup. As for the battery capacity, it is said to come with a 5,160mAh battery that supports 33W fast charging. According to POCO, it can charge the device from zero to full in just 65 minutes.

It is also said that the device will come with a side-mounted fingerprint sensor, so the display may not be OLED after all.

After the POCO F2 Pro, comes the POCO X3 NFC out of nowhere. What do you think it will be priced like? Take these news with a pinch of salt until POCO Malaysia officially unveils the device.

Additionally, POCO Malaysia is holding a social contest to let users guess the price. Three winners will be chosen, so if you’re interested, you can join here.