Overcooked: All You Can Eat Includes Cross-Play Multiplayer 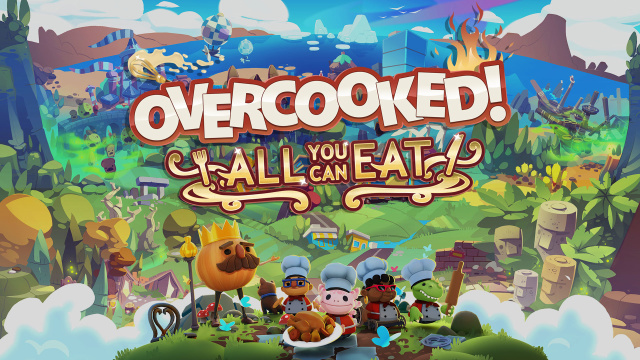 Ghost Town Games is remastering both Overcooked games for consoles Playstation 5 and Xbox One. During the Summer Game Feast Stream, they also announced that Overcooked: All You Can Eat includes all DLC for both games.

What We Know So Far For Overcooked: All You Can Eat

When the remastered game is released, there will be more than 200 levels and more than 120 chef characters to pick from. For those who already played the game before will have more stuff to check out, with seven new levels, more skins and chefs will be added to the game. There will be new trophies and achievements too.

The Overcooked: All You Can Eat has upgraded visuals, with 4K resolution with 60 fps video options and faster loading times.

Apart from that, you can now play the original Overcooked game online with your friends and other players. It doesn’t matter which platform you have it own as the Overcooked: All You Can Eat is now Cross Platform enabled.

Ghost Town and publisher Team17 noted that the bundle will have more accessibility options and an assist mode. Players will be able to skip levels, increase the time limit on a given stage and give yourself more time to fulfill orders before they time out. There will also be color-blindness options, “a scalable user interface” and “dyslexic-friendly text.”

There is no release date for this game yet as both consoles have yet to reveal when the PS5 and Xbox Series X will be available to for the market. however, it is confirmed that there are both digital and physical edition of the game.