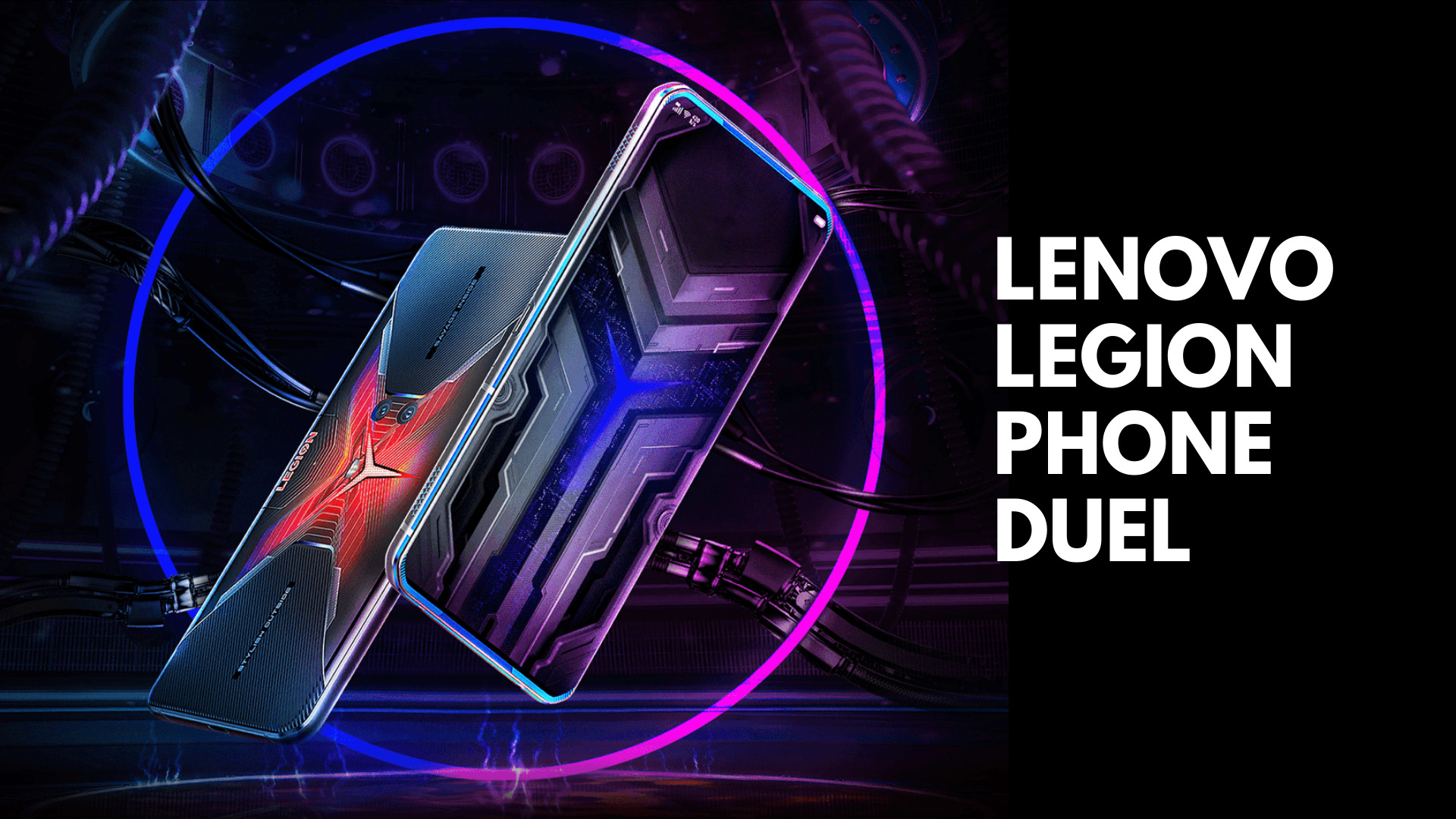 Like the ROG Phone 3, the Lenovo Legion Phone Duel also has two USB Type-C ports for charging – one on the bottom, and one the right side of the phone. This expands the gamers’ choices for charging when it comes to gameplay. Not only that, the phone is also equipped with Wi-Fi 6 and 5G connectivity ready to tackle ever-evolving speeds.

Paired with up to 16GB of LPDDR5 RAM and up to 512GB of UFS 3.1 storage, the Lenovo Legion Phone Duel also has a split-cell battery. These two batteries amount to a total of 5,000mAh that are positioned on the top and bottom of the device. Equipped with 90W Turbo Power Charging technology, Lenovo claims that the Phone Duel can be fully charged in just 30 minutes. But the weird thing is, to achieve this feat, you’d need to charge using both USB Type-C ports simultaneously.

The Lenovo Legion Phone Duel comes in two colours – Vengeance Red and Blazing Blue. We’ll just have to wait till next week to see what the official prices are for the smartphone in Malaysia. But for your reference, the Legion Phone Duel is priced as below in China.