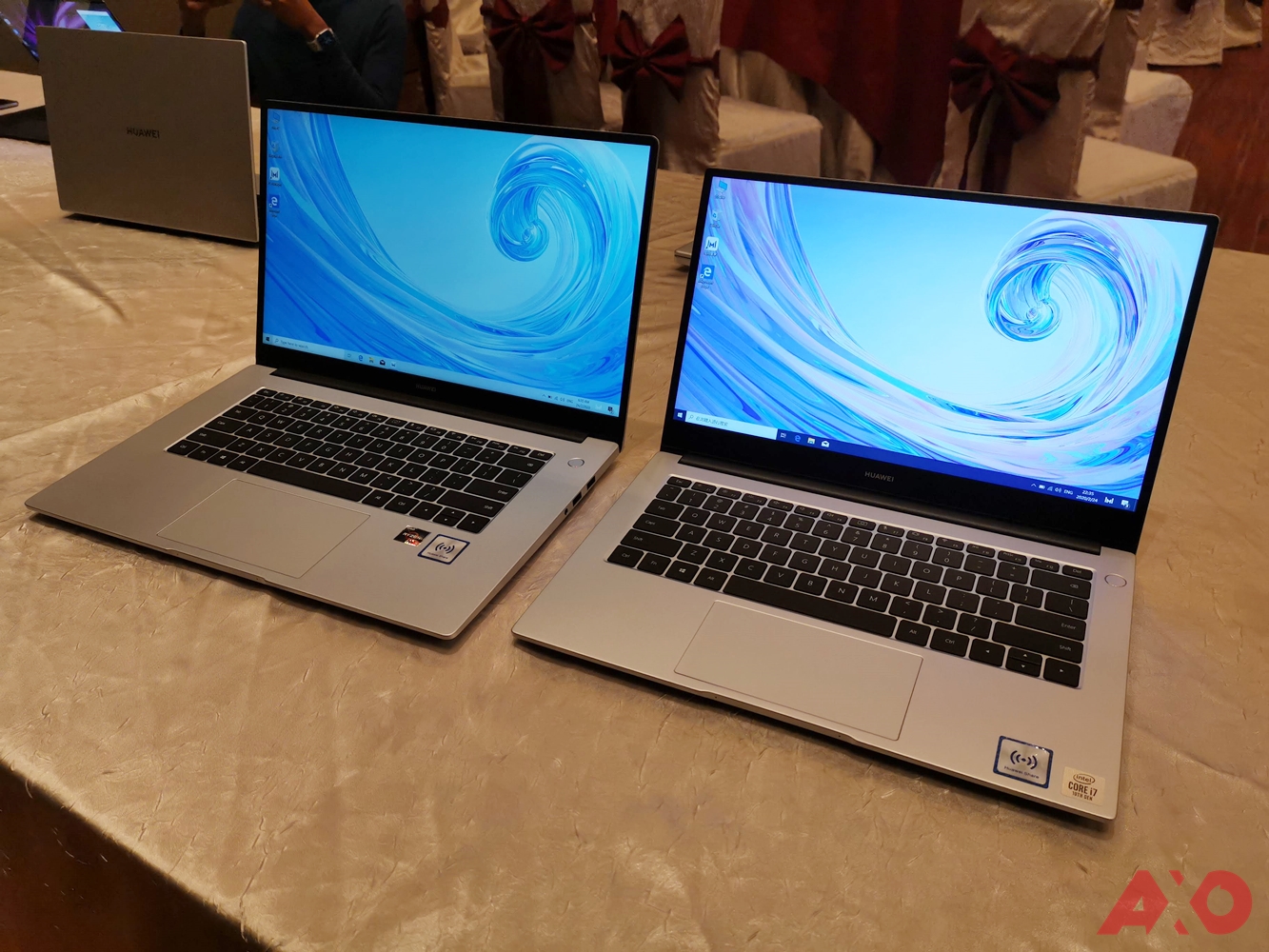 It runs on either an AMD Ryzen 5, Ryzen 7, or a 10th generation Intel Core i5 processor. Memory wise, it is packed with 8GB of dual-channel DDR4 RAM and 512GB of SSD storage. The Intel variant has the Nvidia GeForce MX250 GPU (2GB GDDR5 VRAM) on board, whereas the AMD variant will utilise the integrated graphics – AMD Radeon Vega.

The Huawei MateBook D14 has a 56Wh battery that works with the bundled 65W USB Type-C Huawei SuperCharger. Huawei claims that the MateBook D14 is capable of 9.5 hours of continuous 1080p local playback on the AMD variant, 13.2 hours on the Intel variant.

The Huawei MateBook D15 is of course, a slightly larger version of the MateBook D series, with a 15.6-inch IPS display. It has an aspect ratio of 16:9 with a FHD resolution (1920 x 1080). Apart from the display, processor and storage, everything else pretty much shares the same specifications.

The AMD variant of the Huawei MateBook D15 has already been launched here in Malaysia back in January. And now, the Intel variant has been unveiled. Featuring a 10th generation Intel Core i5 processor, the laptop is also packed with 8GB of RAM, 256GB SSD, and even a 1TB HDD. It also has an Nvidia GeForce MX250 for graphics power.

It is worth noting that all variants of the MateBook D series have the fingerprint power button as well as the recessed camera in the keyboard area.

The new Huawei MatePad 10.4 priced at RM1,599 comes with worthwhile free gifts such as the Huawei Smart Keyboard with your purchase worth up to...