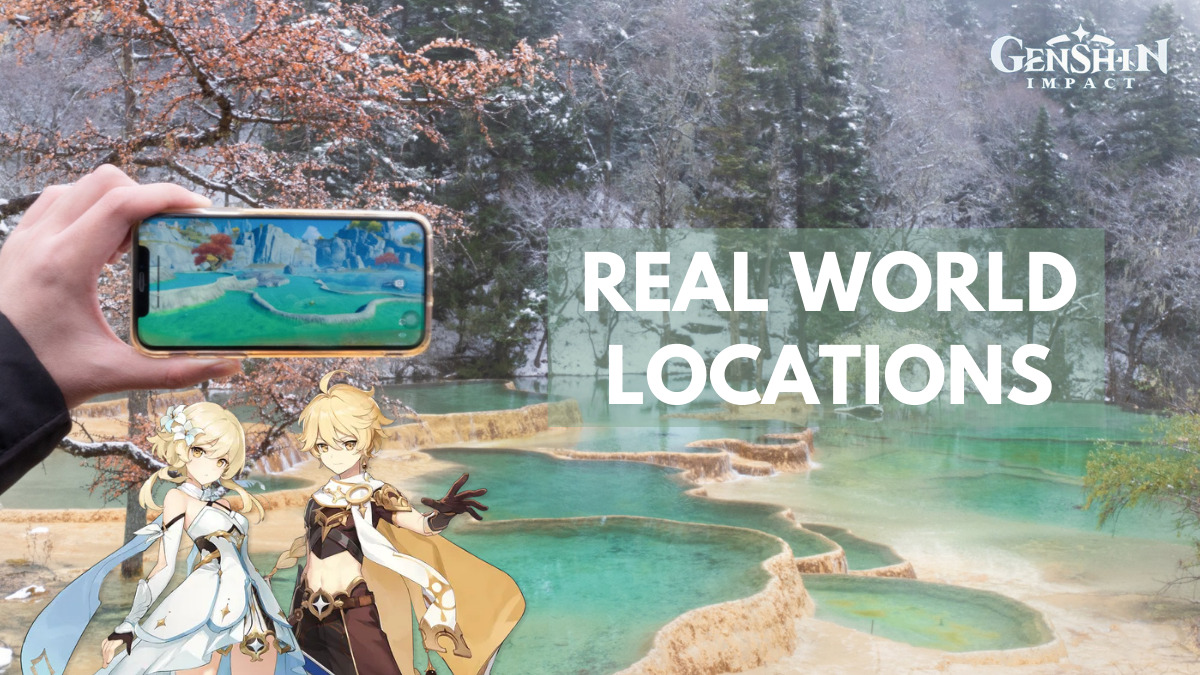 Genshin Impact has definitely made an impact on the gaming world. Suddenly, everyone is talking about wishes and pulls, DPS and AR (Adventure Rank). While it did take me a while to succumb to peer pressure and start playing the game, I’ve grown to love the game’s background music, and especially its stunning visuals.

For a free-to-play RPG game, Genshin Impact offers a lot for players to explore. Moving on from playing League of Legends: Wild Rift, the vast maps, different monsters, complexity of artifacts, scaling mechanisms, elemental reactions, and more. really took me into a whole new world of curiosity and marvel.

But what truly impresses me is the fictional locations in the game, Mondstadt and Liyue. These two locations are the only regions you’ll be able to travel in Genshin Impact, for now, but it has already been a marvel to travel around in. You could climb up a peak, take a seat, and just enjoy the view, and watch the time go by, with the weather changing too.

In Teyvat, Mondstadt is one of the seven nations where the traveler, aka You, will start your journey in search of your lost sibling. Depending on the gender you picked, your lost sibling could be a boy or a girl. This is also the city-state that worships Barbatos, which is the Anemo (Wind) Archon, kind of like their God.

Dubbed as the City of Freedom, Mondstadt is inspired by a mix of real life locations in our world. In German, Mondstadt also means “Moon City”.

Mondstadt could be heavily influenced by a mix of locations and culture from Germany and Switzerland. One location that could’ve inspired Mondstadt is Bern, the de capital of Switzerland, which is also referred to by the Swiss as their “federal city”. In German, it is called Bundesstadt, in French ville fédérale, and in Italian città federale.

The city bears a similar oval shape, has the similar roofing design, and is located in the centre of a lake which is connected to land via a bridge, similar to Mondstadt. Okay, there are no walls built around it, but we’re living in 2020, of course.

Speaking of the buildings, there is a clear German and Swiss building architecture inspiration too. The cathedral in Mondstadt is most probably inspired by the grand cathedral in Regensburg. There are those red tile roofs, the high towers, and of course, the bridge over the water.

The houses in Mondstadt also look pretty similar to the half-timbered houses in German town, Miltenberg.

The city of Mondstadt doesn’t have buildings surrounding it from beyond the lake, so for the outer plains, the location was probably inspired by the Austrian area of “Mondsee”, with high mountains and green trees and fields spreading for miles. And what’s more interesting is that Mondsee is also called “Moon Lake”. Moon City and Moon Lake, coincidence much?

As you progress through the story, you’ll move on to the city of Liyue. At this point, you’d probably have met Xiangling, a character from Liyue who’s obsessed with cooking! What’s more beautiful than the dishes she prepares, is her hometown – Liyue.

Liyue, also known as 璃月 in Chinese, translates to “Glass Moon”. This is another one of the seven nations in Teyvat, and is the city-state that worships Rex Lapis (岩王帝君 – translates to Stonelord Sovereign), which is the Geo (Ground) Archon. The fact that Rex Lapis was portrayed by a Red/Yellow dragon, is quite similar to the name Huanglong (yellow dragon), which we’ll get to later.

Based heavily on the Sichuan province of China, even the Genshin Impact developers confirmed it in their Facebook post here. There are several locations which inspired parts of Liyue, but most appealing would be the “Luhua Pool”, which is based off of the “Jade Pool” located in Songpan county, which is southwest of China’s Sichuan province. This Huanglong scenic area was included in the UNESCO world heritage list in 1992.

Speaking of “Luhua Pool”, around Wangshu Inn in Liyue region, you will also find a lot of silvergrass near the water. And what is silvergrass in Chinese? 蘆花， which is pronounced as “Lu Hua”. Interesting, right?

The mountains in Liyue are also probably inspired by the Zhangjiajie National Forest Park in China. Known for its giant sandstone peaks, that covers the valley floors to the skies, some of the must-visit areas include the Tianzi (Tianheng maybe?) Mountai, Avatar Hallelujah Mountain (It inspired the floating mountains the in the movie “Avatar”), and Golden Whip Stream.

The Lantern Rites Ending Scene is also inspired by the actual Lantern Festival (元宵节) that is celebrated by the Chinese community across the globe on the 15th day of the 1st Lunar month and marks the end of the Lunar New Year! It also marks the 1st full moon of the lunar calendar. Probably, the city is also named “Glass Moon” because it reflects the full moon in its sea.

There’s also a location in the game called Nantianmen, which is an actual place in China with the same name. Though they don’t look similar, it’s nice that the game included in the southern part of the map, which coincides with its name – South Heaven Gates. Heaven being fact that Liyue is also the location where you will meet some of the Adeptis:

That’s all we have so far on the real world locations that inspired the world of Genshin Impact. What do you guys think? Have you learned to appreciate the world of Teyvat more? Here’s to hoping we’ll pull a Venti or Klee tonight, see you guys in game!