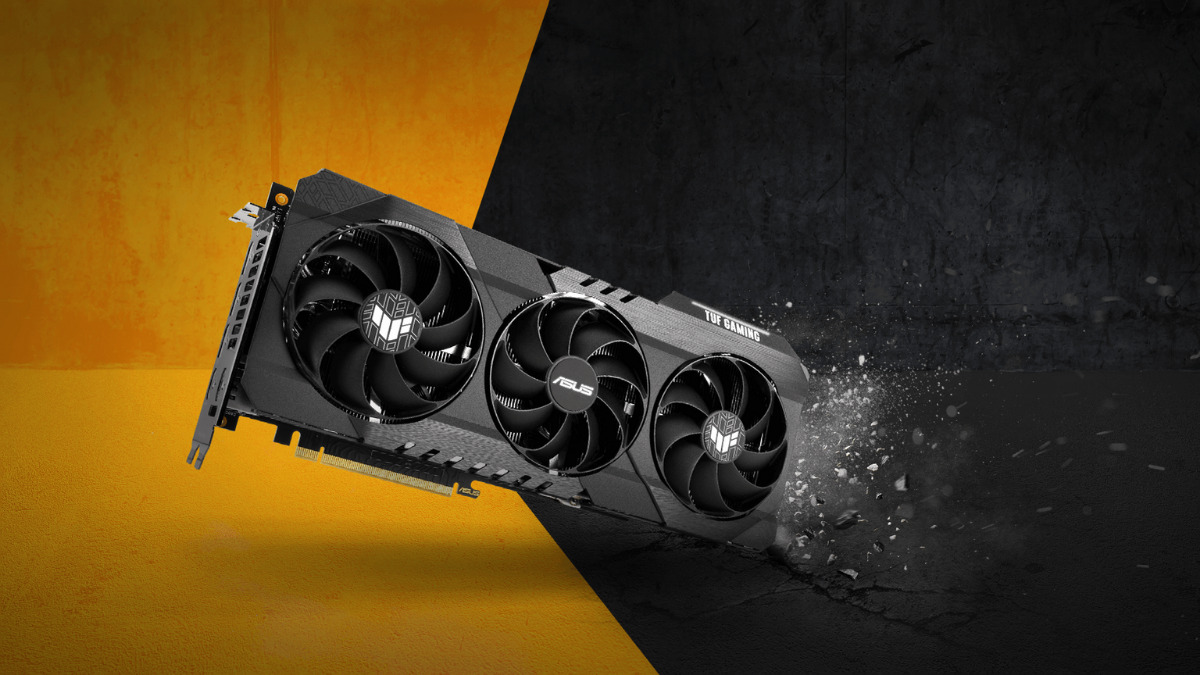 The ASUS TUF Gaming GeForce RTX 3080 is powered by NVIDIA’s 8nm Ampere GPU architecture, and it has 10GB of GDDR6X VRAM. On top of that, the GPU’s memory also runs at 19Gbps, while the memory bus is rated at 320-bit.

Being a custom GPU, how the ASUS TUF Gaming GeForce RTX 3080 differs from the Nvidia’s Founder Edition (FE) is in a few forms. The GPU still utilizes the dual 8-pin PCIe connectors for power, instead of the new 12-pin PCIe port that’s found on the FE. Also, the TUF Gaming card has a slightly thicker PCB, and it has a triple-fan cooling solution instead of the FE’s Dual Axial Flow Through setup. Asus’ three axial fans are placed right on top of multiple heatsinks, where one is on the top of the GPU, and the other on the memory chips that surround the main module.

These ASUS TUF Gaming GeForce RTX 3080′ fans are programmed with Asus’ proprietary zero RPM technology, which allows the fans to only spin when the GPU hits a specific temperature (default set at 55-degrees). To top it all off, the PCB is using what Asus calls top-shelf chokes, MOSFETS, and capacitors that meet military grade certification.

Priced at RM3,360, the ASUS TUF Gaming GeForce RTX 3080 is now already available in Malaysia at all authorized resellers and PC stores.