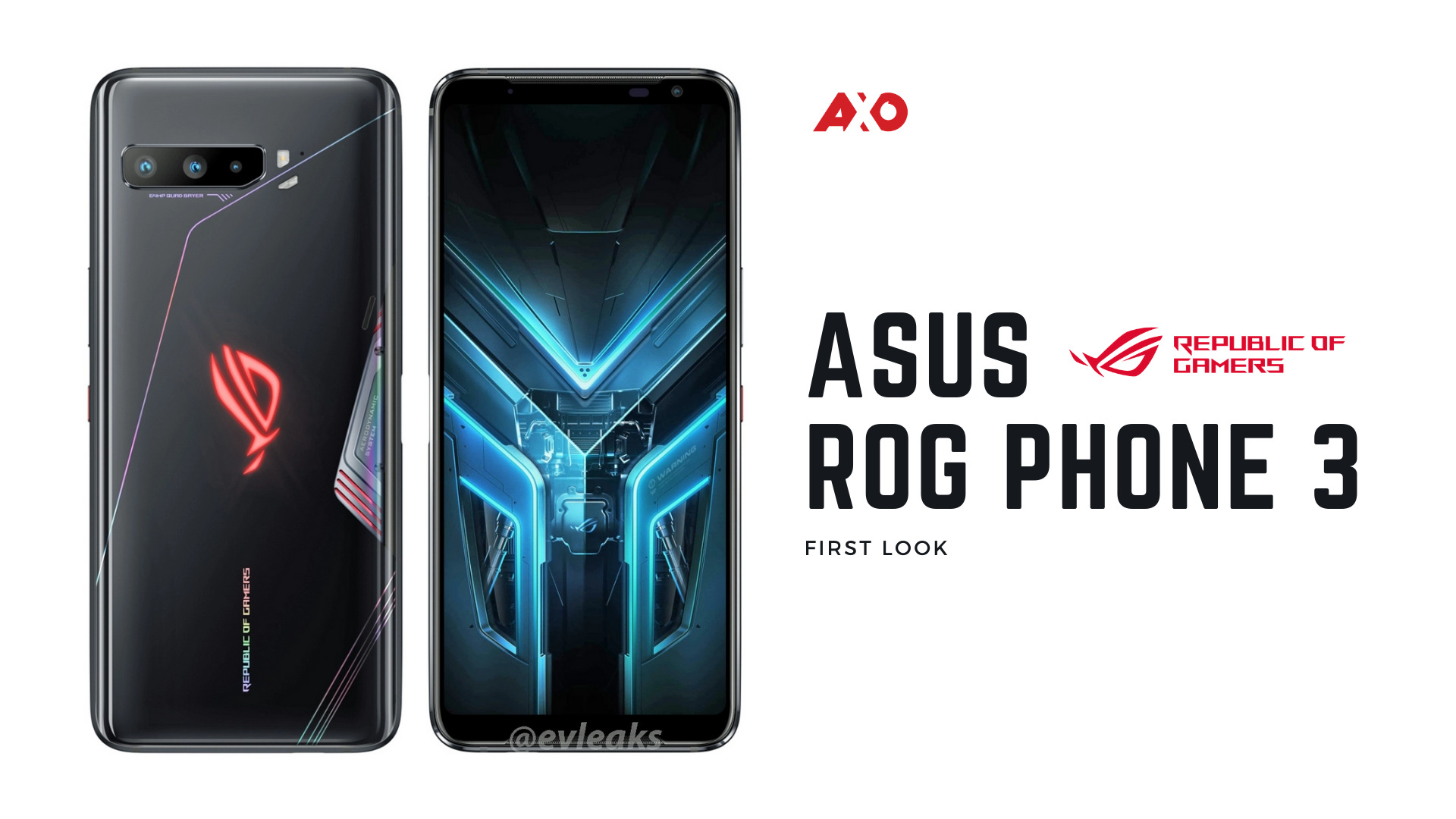 We’re just days away from Asus ROG Phone 3’s official launch, but it seems the device’s design has been leaked by serial leaker, @evleaks’ Patreon account. Best part is, it’s a high resolution pic and not some blurry smartphone taken photo.

Lo and behold, the new Asus ROG Phone 3. From the first glance, nothing much has changed except for a few design switch ups. Still rocking a dark grey finish, the ROG Phone 3 seems to have a more flat and flushed design, less bumps here and there. It seems we’ll also be getting a triple camera system this time round, with a 64MP main sensor too. There are two LED flash components, and we’re thinking the secondary flash is used to work with the Asus Lightning Armor cases.

The air vents are still in the same spot, but it seems protrude less and has a slim cutout to allow it to be used with the AeroActive cooler fan. Over on the front, the notch is still there but the speaker grills aren’t copper anymore. They’re now styled in black. Asus is making the front look more mainstream, with all the gamer accents and RGB-ish lighting kept for the back. Serious in the front, party in the back.

Connectivity wise, the power and volume buttons are still on the right side, while the left side still has the large secondary USB Type-C port to connect to the ROG Phone 3’s other accessories.

The Asus ROG Phone 3 is speculated to run on Qualcomm’s Snapdragon 865+ processor paired with up to 16GB of RAM. Based on its TENAA listing, it will come with a 6.59-inch FHD+ AMOLED display and is rumoured to come with 144Hz refresh rate. Just like the ROG Phone 2, it will also come with a large 6,000mAh battery with support for 30W fast charging.

The device is launching on the 22nd of July, 11PM Malaysian time. So be sure to tune in to the livestream on Asus’s official website right here.

ASUS ROG has announced a comprehensive ROG x Evangelion collaboration centered around EVA-01, the flagship mecha of the manga and anime series known around the world. DIY...