Here's How To Watch The Huawei Mate40 Series Official Livestream

AMD has recently announced its latest Ryzen 3000XT CPU offerings which are primarily targeted for enthusiasts and gamers. The new processors are: Ryzen 9 3900XT, Ryzen 7 3800XT and Ryzen 5 3600XT. In addition to the new processors, AMD is also bundling a complimentary copy of the upcoming Assassin’s Creed Valhalla game with selected Ryzen CPUs.

When it comes to pricing, the AMD Ryzen 3900XT is priced at RM2,299, while the Ryzen 7 3800XT comes with a price tag of RM1,899. In addition, the Ryzen 5 3600XT is priced more affordably at RM1,199. The specifications of these aforementioned processors can be found below:

As mentioned earlier, AMD will also be including a free game along with some of its new Ryzen 3000XT processors. To be more specific, the company will be providing a free copy of the soon to be released Assassin’s Creed Valhalla game for consumers who purchase eligible Ryzen CPUs between 7 July and 3 October 2020. Eligible Ryzen processors are: Ryzen 9 3950X, Ryzen 9 3900XT, Ryzen 9 3900X, Ryzen 7 3800XT, Ryzen 7 3800X and Ryzen 7 3700X. More information regarding this can be found on AMD’s official website.

Those aside, it seems that AMD’s new CPU offerings are quite attractive, especially in terms of pricing. That being said, whether or not this translates to a significant increase in performance is another question. We suggest our dear readers to check out reviews of these processors before purchasing them—to evaluate whether they are a worthy upgrade.

Whilst everyone is getting excited (or not) for AMD’s upcoming Ryzen 5000 series CPUs, leaks about the company’s soon-to-be launched Ryzen 5000U mobile CPUs...

With the recent release of AMD’s Ryzen 5000 series CPUs, many consumers may be wondering: will older 400-series and current 500-series AM4 motherboards compatible...

Last month, AMD announced that it has a new offering for the “Radeon Raise the Game Bundle.” And now, it seems that AMD is... 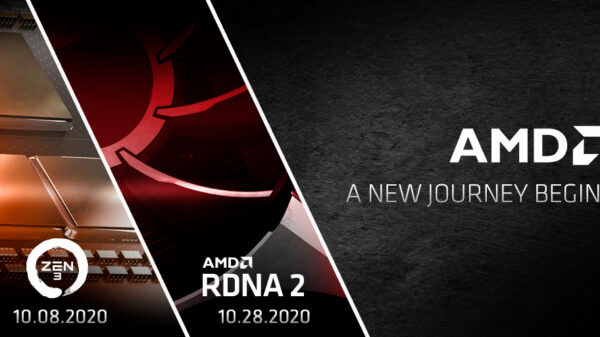 Another day, another major PC hardware news. This time round, AMD has announced that it will be unveiling its latest products, Zen 3 CPUs...

Here’s How To Watch The Huawei Mate40 Series Official Livestream