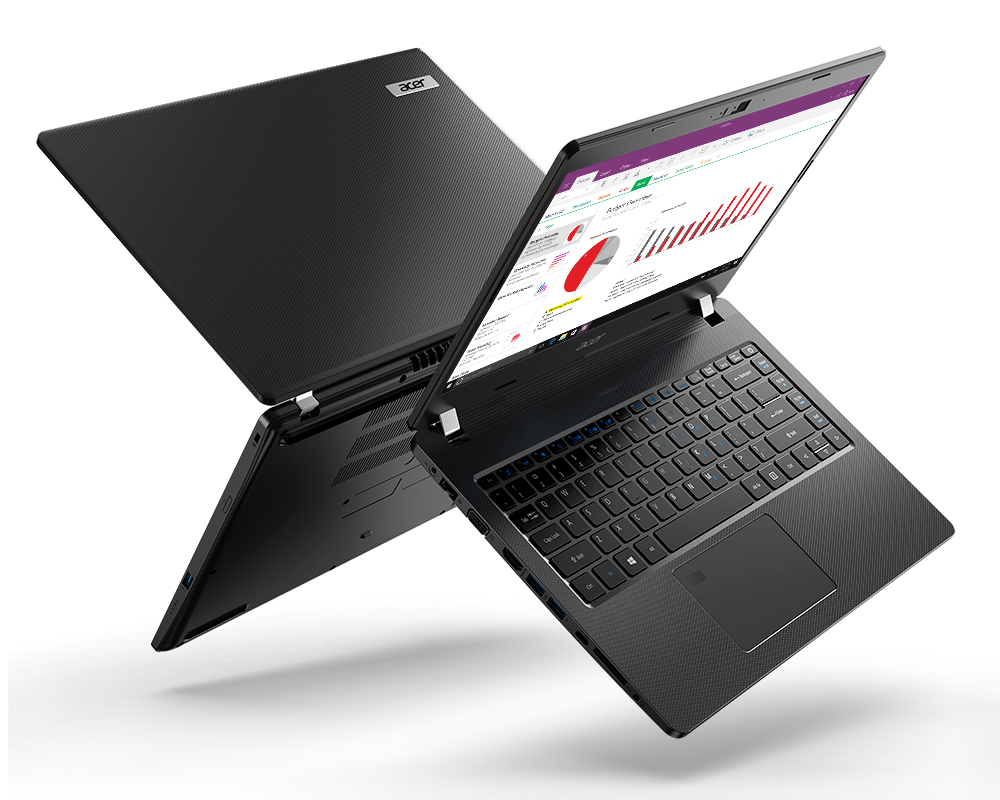 Acer today announced two new TravelMate laptops – the TravelMate P6 and TravelMate P2. These 14-inch and 15-inch laptops have up to 10th generation Intel Core i7 processors and MIL-STD-810G standards.

The new Acer TravelMate P6 weighs only 1.1KG and measures 16.6mm in thinness. With up to 23 hours of battery life, the laptop can be charged up to 50% in less than 45 minutes. There is also an optional eSIM 4G LTE version that lets you stay connected on-the-go.

Powered by up to Intel’s 10th generation Core i7 processor, the TravelMate P6 can pack up to 24GB DDR4 memory, up to Nvidia GeForce MX250 graphics, as well as up to 1TB Gen 3 x4 PCIe NVMe SSD.

To keep it sturdy and reliable, the Acer TravelMate P6 is MIL-STD-810G and 810F compliant. That makes it military durable, sustaining bumps and shocks from everyday mishaps.

The Acer TravelMate P2 focuses on connectivity, which is why it features Intel’s Wireless Wi-Fi 6 (802.11ax) technology that gives it three times the speed compared to the standard Wi-Fi 5 (802.11ac). Keeping it always connected is the NanoSIM and/or eSIM-enabled 4G LTE. Acer claims that the TravelMate P2 can last up to 13 hours, complete with a MIL-STD-810G rating as well.

With up to 10th Gen Intel Core i7 processors and an optional NVIDIA GeForce MX230 GPU, the TravelMate P2 packs up to 32GB DDR4 memory, a configurable dual-drive system featuring a 1 TB high-capacity HDD and a super-responsive 512 GB 4–lane PCIe SSD.