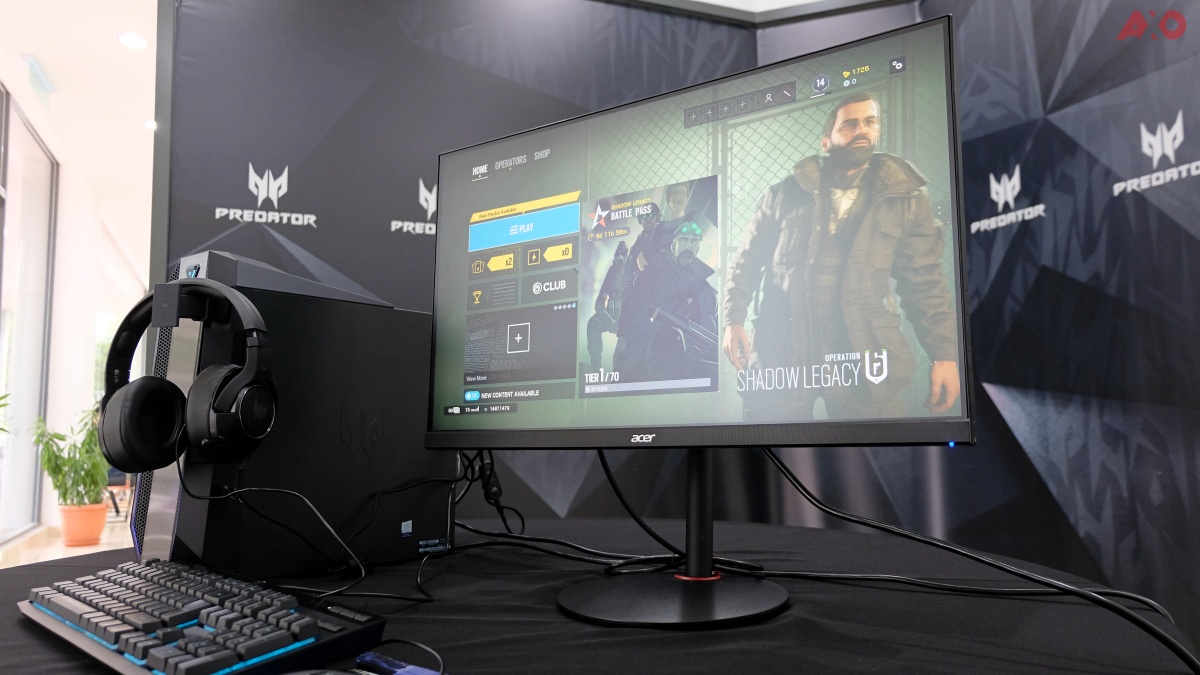 Acer Predator and Nitro might just be the first brand to offer TÜV Rheinland Eyesafe®️-certified gaming monitors. These new monitors will selectively filter out blue light while still maintaining crisp and vivid colours. So, no additional glasses needed?

The Predator XB273U NV has a 27-inch QHD panel with Agile-Splendor IPS display, which increases the viewing angles. It has a fast 1ms response time and can be overclocked to have 170Hz refresh rate. The monitor covers 95% of the DCI-P3 colour spectrum with an Delta E<1 rating for even more realistic images.

The Predator XB253Q GW on the other hand has a whopping 280Hz refresh rate (overclockable) with a 0.5ms response rate (G to G). Its 24.5-inch panel can output at FHD resolution (1920 x 1080), fully compatible with Nvidia’s G-Sync technology. It also has integrated RGB LightSense with nine different special effects that syncs the RGB lighting to the beat of the music.

As for the Predator XB323U GX, the 32-inch panel can output QHD resolution at 2560 x 1440 pixels. On top of that, it comes with an overclockable 270Hz refresh rate and covers 99% of the Adobe RGB colour space. It also has up to 0.5ms response time, gray to gray.

Apart from that, Acer also announced the Predator X34 GS monitor which is designed for curved immersion. There are also two new Nitro monitors, which are the Acer Nitro XV272U KV and Nitro XV272 LV. Just like the Predator series monitors, these Nitro monitors are also Eyesafe-certified to help prevent eye fatigue while working, watching video, gaming, and more.

In this article:Acer, Monitor, Nitro, Predator

Acer Malaysia has introduced a refreshed eco-minded laptop , Acer Aspire Vero, to offer more options for consumers while improving on it with the...